They say money follows eyeballs. It was certainly true for mobile advertising. As consumers flocked to buy the new iPhone in 2007, advertisers rushed to place ads on a mobile screen. Fast forward to today and mobile ad spend is more than double its desktop counterpart.

We can safely assume that the same will be for over-the-top TV (OTT). OTT services like Netflix and HBO have been popular for years. Now a host of traditional media giants are beginning to offer services of their own (Disney+ premiered this week and already has over 10 million subscribers). With $15 billion being spent on original OTT programming this year, the streaming wars have reached a crescendo, and consumers have more ways to consume video content than ever before.

Despite OTT’s surging popularity, ad spend on OTT was only projected to reach $2.6 billion in 2019. Compared to linear TV’s $69.2 billion, what advertisers are willing to spend on OTT might seem disproportionate. But to those in-the-know folks in the industry, it’s not entirely surprising.

Like mobile advertising before it, advertisers have been forced to figure out OTT advertising as they go. The challenges are plentiful. For one, not every service monetizes with advertising via programmatic pipes (ever see an ad on Netflix aside from subtle product placements?). Those that do vary wildly in implementation. Most don’t even use the same metrics to measure a campaign.

So it’s really fragmented. It won’t get easier either. There are over 200 providers to date, with more platforms scheduled to release in the coming year.

And while fragmentation certainly holds challenges for creative, audience targeting, and pricing (CPMs for connected TV are expensive, ranging between $20 and $40), measuring an OTT campaign may be the most difficult challenge of all.

Let’s start with the basics. Measuring a digital ad campaign generally requires some form of identifier in order to track performance. Internet browsers rely on HTTP cookies, for example. TVs, on the other hand, are cookieless, so tracking user behavior across devices requires alternative solutions. It also presents issues for audience management and frequency capping.

The tracking challenge is further exacerbated by the way many people use streaming services, where one account is often shared between both family and friends who likely even live in the same household.

Who can honestly say they use their own Netflix account these days?

Driven by advertiser demand, many OTT services have included functionalities to measure campaigns at the household level. There’s a bit of a “best of both worlds” value proposition here. While lacking the specificity of a device-level identifier, household measurement offers scale for targeting (reaching multiple people within one house) while expanding an advertiser’s holistic understanding of both performance and attribution across all devices.

This method does have its drawbacks. The account sharing between households phenomenon remains a complication. This method also inevitably involves probabilistic techniques for sifting through and isolating session data between OTT devices, mobile, and web.

Demands for greater specificity continue, and for that the IAB released last year a framework for implementing an OTT identifier for advertising (IFA). The IAB’s IFA allows advertisers to independently measure user sessions on specific devices.

This solution comes with the benefit of knowing how different OTT platforms are performing compared to one another, which is especially important considering the range of streaming options a user can select from.

But of course, the IAB’s framework is, well, just a framework. The onus is on the over 200 OTT services to implement the IFA. Until that happens across the board, measurement in OTT will remain inconsistent.

Despite the improvements to OTT measurement in the last year, there’s still untapped potential. For example, many OTT platforms can’t report which channel an ad ran on as a traditional TV ad buy might.

This lack of granularity combined with a complex and fragmented marketplace leaves many agencies to prefer buying direct over programmatic.

The growing fraud problem contributes to a lack of confidence in programmatic OTT as well. Roughly 20% of OTT inventory is estimated to be fraudulent, with device spoofing a leading offender. As more and more OTT services are released across a handful of different app stores, tracking down fraud is a challenge. Fake traffic can inflate video view and completion metrics, which cause discrepancies in reported data—especially without consistently enforced measurement standards.

All things considered, the outlook is still positive. In an eMarketer poll last year, advertisers cited “precise targeting” and “detailed measurement” as the two leading benefits of OTT/Connected TV advertising. Ironically, where OTT faces its biggest challenges today could morph into its biggest selling point tomorrow.

Advertisers see the potential, the eyeballs are there, and the money is beginning to follow. But the technology still requires some time to catch up. Increased adoption of IAB standards and frameworks will help. Advertisers agreeing on what they want to measure will also help.

The lessons from programmatic display and mobile hold true. Consistency and transparency across OTT’s fragmented marketplace will drive it forward. 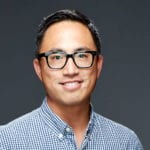 Nikao Yang is COO at Lucidity, responsible for driving all aspects of the company’s operations. Prior to Lucidity, Nikao co-founded AdColony, a mobile video advertising company, which was sold for $350 million to Opera Software in 2014. At AdColony, Nikao led teams responsible for business development, marketing, sales and operations from launch through the company’s acquisition and integration into Opera. Prior to AdColony, he held marketing and strategy roles at Toyota Motor Sales, Del Monte Foods and the Walt Disney Company. Nikao received his MBA from the UCLA Anderson School of Management and his BA from UCLA where he graduated with honors.