“This is not a silver-bullet conference,” said AdMonsters Publisher Rob Beeler in his opening remarks at OPS NY this past June 7. “Does anyone make or use silver bullets anyway?”

This was tamed down from my suggestion that any one of the 800 attendees using the term “silver bullet” be flogged on the spot, but it got the same message across: OPS is not about finding magical fixes (or snake oil, depending on your perspective) for digital media monetization and marketing troubles. Instead, it’s about recognizing the myriad issues plaguing our industry, drawing them out to the forefront via discussion, and discovering together the path forward.

But that makes the massive day of sessions and discussions sound much more dull (or painful) than it was. I moderated six or seven conversations (I lost count) throughout the day, and was surprised how much I felt I learned. Suddenly where digital media is headed seems a lot clearer, though I’m sure a few curveballs and acquisitions (Microsoft bought LinkedIn?!?) will throw me in no time flat.

Because at times we had six sessions running concurrently, I missed many things I wanted to see, including Pinterest explaining how it made its unique insights actionable both on its platform and off. Univision dove into how the ops/sales relationship is essential in producing hyperlocal campaigns, which are quite the money-makers when you have a high-value audience during election season. I heard American Express and The New York Times gave an enlightening talk on approaching content marketing from both the buy and sell sides.

So my review can’t possibly encapsulate the entire conference – yup, you had to be there (along with several team-mates). However, I can hit on the major themes…

(Beyond) Ad Blocking. Only a few days before OPS, a report from a firm called Midia suggested that 80% of consumers that knew of ad-blocking technology would use it. Cue the panic! At the same time, many of the premium publishers I’ve consulted quote a percentage close to 12%, which may be cutting into revenue but doesn’t make most ops people pull out their hair yet. The Midia report really drives home that technically inclined people are likely to embrace ad-blockers—in particular, the youth that don’t remember the days before the Internet. (In my hipsterfied neighborhood, you can find them at flea markets buying vintage rabbit-ears antennae to use as crappy hat racks.)

But thinking of the next generation of browsers offers a good way to fend off ad blocking – don’t encourage users to seek them in the first place. Most users don’t install ad blockers because of a petty hatred of ads, but a frustration from an overwhelming amount of interruptive ads that make consuming content impossible. Or worse, they’re petrified of being infected with malware by rogue ads – in fact, many corporate networks have installed ad blockers as security concerns.

Smart publishers understand these concerns and have responded by slashing the number of ads and restricting annoying formats. SSPs, exchanges and even DSPs have stepped up their scanning games, offering a more vigilant effort against malware. So while there was some discussion about blocking the blockers and re-insertion, most of the attention during the conference was on delivering better user experience while driving revenue. And hey, our friend header bidding has had an effect – as advertisers get a clearer picture of total publisher inventory and make smarter valuations, CPMs will go up to the point that pubs will be less inclined to overstuff pages with placements (or perhaps they will see the downside in adding just one more unit). 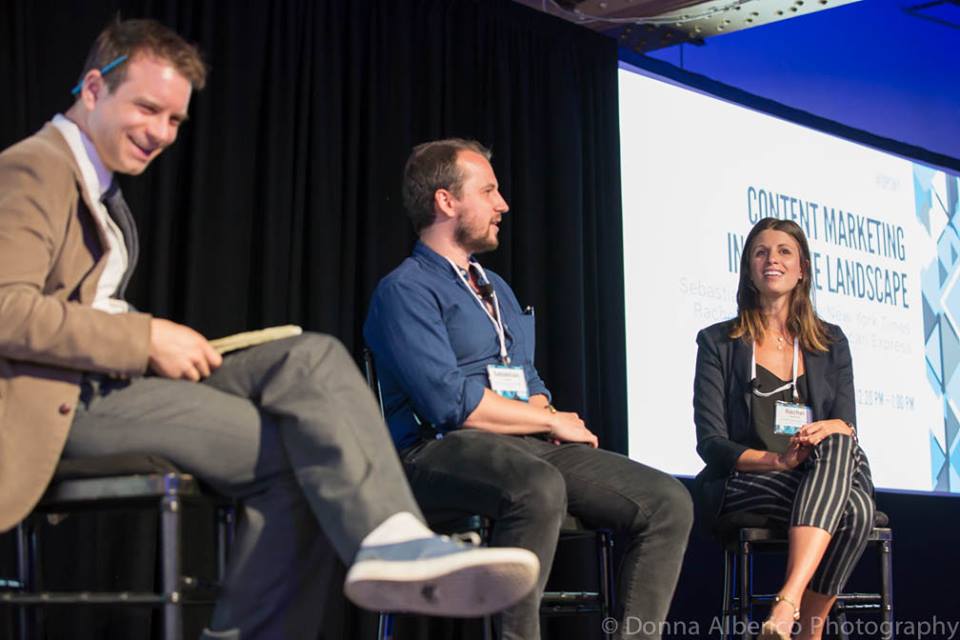 Header bidding. Google can’t kill it; it’s going to live forever! While there may have been some high fives between pubs about the awesomeness of header bidding, more talk was dedicated to making the most of header integrations. A panel full of developers highlighted their qualms and queries, while others discussed how to use technology in driving demand to display PMPs. Other sessions discussed the potential for server-to-server connections as well as how important it was to keep a presence on the page. While the buy side is increasingly aware of header integrations, they don’t feel like they’ve truly felt any effect on their end.

At the same time, trading desk types aren’t sure how much of their winning bids are coming through the header. Since it’s easy enough to share in the Open RTB protocol, should SSPs be passing on where bids were received? Index Exchange’s Alex Gardner noted that the majority of transactions on their platform were sourcing from the header now, and he expected that was only going to continue to grow, potentially to 100%. In that case, the buy side might as well expect that every bid made its way down through the header.

Time. Viewability has opened the door to measuring time – total time-in-view, engaged time-in-view, etc. The Financial Times, PGA Tour, Operative and Bloomberg debated how a cost-per-hour or cost-per-second metric could be evaluated within the overall yield curve. In discussing viewability, publishers and agencies deliberated on the meaning of total time in-view, and whether it can or should be utilized. And at the end of the day, Medium’s Joe Purzycki shared his platforms experiments in selling native and sponsored content on a time-engaged basis. Time as a metric is on everyone’s mind, though many barriers – e.g., pricing, forecasting, working into payment and remuneration systems – seem quite insurmountable in the short term. 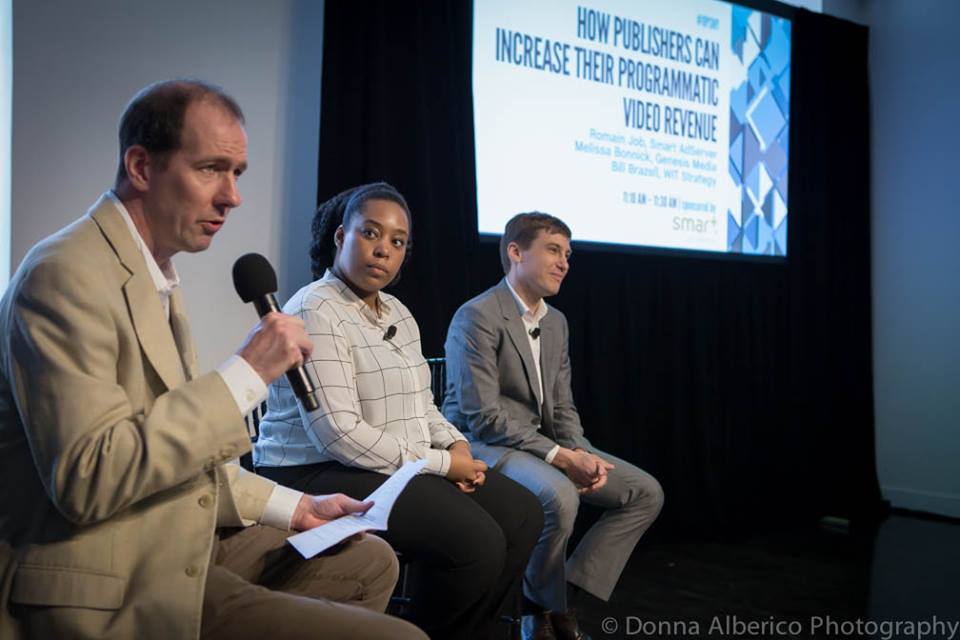 Creative. For a conference with its roots in the technical side of digital advertising, the c-word came up quite often. While it’s not perfect, we’ve built some impressive transactional piping over the last several years that has enabled smartly targeted and traded advertising. But as more than one participant suggested: we’ve enabled advertisers to reach the right person at the right time only to send them the same messaging as everyone else.

The next big, big opportunity in digital advertising seems to be creative, but it’s a multi-front approach. In discussing viewability, panelists lamented that heavy creative – particularly with the slow demise of Flash – can effect measurement and cost both the buy and sell sides. Pubs are increasingly dipping their toes into creative waters with the help of an array of startups. But most interesting, the buy side is actively looking for ways to integrate creative and media-buying processes, including cycling media-buying and targeting data back into creative development. Some agencies are further than others, but in the coming year I expect some big advancements on this front.

That’s right – I’m already thinking about my sessions for OPS NY 2017. Keep your eyes peeled for my details – I can promise you we’ll switch things up, but you’ll like it.