While it once seemed the domain of the demand side, publishers are increasingly feeling more empowered when it comes to programmatic channels – in their wallets as well as their minds.

Recent evolutions in programmatic have improved publisher relationships with demand partners and succeeded in bumping up CPMs and overall revenue. The adoption of multiple SSPs and implementation of header bidding partners has become increasingly the norm for publishers, which has given them a clearer view of what all their inventory is worth.

These developments also pull sales and ops teams out of their old silos so they can work more closely together on effective yield management. In particular, header bidding facilitates deeper business relationships between publishers and their preferred buyers. People who should have been talking to each other for years are finally locked in conversation, and transparency can only be a positive thing for all parties, right?

Well, as with everything in digital, this move forward also complicates things. This programmatic evolution is also challenging publishers’ ability to manage reporting data and measure partner performance in a meaningful way. And if sales and ops are going to work together to really drive yield across all their inventory, they’ll need an efficient system for pulling, analyzing and sharing data about how their various channels are performing.

Comparing line items can be a highly manual process, a drain on time and resources that effectively leaves money on the table. Slowness to optimize is one thing — but before we even get there, think about the human resources and the hours spent looking at spreadsheets. So publishers working with an ever-growing number of demand partners need to make the process of reporting and analyzing reports more efficient.

Transparency and cooperation require a huge number of data sets, housed in multiple locations. Keeping a tidy data house is only going to become more of an imperative as partnerships and channels accumulate. Publishers are going to have to make important decisions about how to do that: whether they can get by with spreadsheets and the human eye, whether they have the resources to develop a reporting tool in-house, or whether they should call in an assist from a vendor specialist. 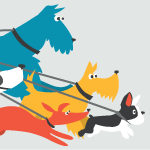 If smart reporting has always been generally good ops housekeeping, it’s more urgent now that ops has a lot of houseguests. To keep running with that metaphor, there are basically two rooms at this party. In one room, ops needs to keep tabs on how all programmatic demand partners are performing: who’s buying what inventory, how much they’re paying, and on which platforms or properties.

For some pubs, CPM is the most important factor. Others need to keep tabs on fill rate. With more partners in the header, some pubs are looking closely at the number of bids they’re getting, compared to the number of partners onboarded. You might have a bunch of different SSPs in this room, and if you do, they probably don’t all speak with each other well. It’s up to the pub to translate — to make sure reports come in on time and match line items accordingly.

In the second room, ops and sales need to compare the performance of direct and indirect deals in order to push forward the pub’s overall yield strategy. As publishers have become increasingly effective at driving yield in programmatic, many have found their buy-side partners wanting to have conversations about direct and programmatic strategies in the same sales meetings. That brings sales and ops closer together — for example, sales teams will want to know about how PMPs and programmatic guaranteed are doing.

But finding opportunities and forecasting sales is often knottier and more fragmented than the old direct sales pipeline. The frequency with which ops and sales share data, and the specific figures they’re looking at, vary from one publisher business to another, and as such, publishers need whatever reporting solutions they’re applying here to be customizable to suit their goals.

At publisher businesses, when the higher-ups see increased demand and yield, naturally they want more of that. But the results can be incredibly taxing for boots-on-the-ground ops people who have to assemble the reports from all these demand sources. When you’re working with 10 or 20 partners, trying to deliver across traditional web and app environments, optimizing for platform publishing, that’s a lot of UIs and a lot of Excel.

It also means a lot of opportunities for discrepancies to arise, which is inevitable at any scale, in ad serving in general and not just programmatic in particular. Automation can help in locating discrepancies and any other “off” figures. For one simple enough factor, automation can help pubs make sure all their programmatic partners are switched on. One pub mentioned it would be a terrific boon if they could simply receive an alert any time a discrepancy popped up. Without some kind of automated process in place, the feedback loop is longer—it takes more time to see what’s not working and sometimes requires point-by-point troubleshooting efforts.

One publisher explained how this scenario played out without any automated process added: They’d tasked one person with pulling reports every day. That person would have to copy and paste data into a spreadsheet, ask third-party vendors for reports where necessary, make the calculations and formatting changes, and then load the data into an interface. It would take that one person about an hour and a half per day just to handle reporting. (Another pub told us their analysts devoted every Monday morning and into the afternoon just to pulling data.)

When the publisher integrated more header bidding partners, it became even harder to connect the data. Reports from partners weren’t coming in on time. Header implementations can be challenging for development teams as is, and in this case, the need to analyze header partners’ performance was creating even more work. But without properly analyzing discrepancies across partners, publishers risk leaving money on the table – discrepancies affect fill rate, which affects eCPMs and overall programmatic revenue.

For publishers working on this scope, the idea of automating reporting processes can be really tempting. Some publishers trying to handle this stuff via in-house solutions, such as the pub mentioned above, may find it’s possible to automate APIs for some of their partners. This can smooth out the differences in how partners prefer to send over their reports and eliminate the necessity of logging into systems on the pub side.

That’s not to say simply automating APIs is a (consistently) reasonable fix. Data in different sets and different partners doesn’t always line up smoothly and clearly.  For other pubs, the process of building in-house requires too much effort, and Excel doesn’t give them the flexibility they need to analyze reports. Those might turn to a third-party vendor that specializes in reporting and can connect their programmatic partners’ systems to their own data systems. In any case, automation can free up bandwidth for ops teams to work on other projects that can help push their overall business forward.

Another place where pulling and analyzing reports efficiently can be a fairly high-stakes question is in forecasting programmatic deals. One publisher explained a scenario of how forecasting could work with automation, and how it’s a pain point now: They’re tracking select programmatic deals in Salesforce. They’re using a different methodology, however, than they would for direct sales —the current month could be considered “booked,” but since it’s extremely difficult to really ensure delivery, the next month would still be “pipeline.”

With that method, the publisher stays on top of revenue by entering delivered revenue from programmatic partners throughout each week. But their aim is to hook up programmatic partners with Salesforce, via a third-party vendor, to automate the delivery of that revenue data. With that knowledge, the pub hopes to forecast on daily run rates.

Automation can be a significant liberator of ops bandwidth for a pub that’s working with a bunch of partners on the open marketplace, too. Analyzing performance from that area can be highly manual. But as one pub pointed out, the “manual” work that’s more worthwhile for ops has to do with spotting trends and optimizing around them. By automating programmatic reports, ops teams hope to clear up more time to devote to forecasting and optimizing on trends.

Right Tools for the Right People

If there’s anything we’ve learned from the past year of basking in the glowing revenue of header bidding, it’s that publishers who are having success via the header have few qualms about adding more and more header partners. This means it’s increasingly important for pubs to trust that discrepancies and holes in the data will be brought to their attention, in one way or another.

As publishers rely increasingly on a seemingly manifold set of demand partners, they need to streamline reporting to gauge performance. Having a team member or two filling out and scrutinizing spreadsheets isn’t going to cut it as demand sources multiply – the time and labor required is simply too inefficient. Publishers with great development resources may be able to take advantage of partner APIs to build in-house solutions that facilitate reporting management, but even here some platforms won’t play well with others. A third-party managed service be the answer for pubs lacking the development muscle or time and energy (not to mention patience) to wrangle a suite of APIs.

At the same time, an automated programmatic reporting system is not about setting it and forgetting it – keen ops eyes are needed to probe for trends and other optimization opportunities. While efficient, automated systems can be invaluable in consolidating reporting data for analysis and bringing together sales and ops for robust yield management, in the end it’s the people that will truly set your organization apart. They just need the right tools.