All your standard units are LEAN now.

That was the gist of the IAB’s unveiling of its new Standard Ad Unit Portfolio, now available for draft comment. Pretty much every standard display unit is being replaced by a flexible LEAN (Light, Encrypted, Ad-Choice Supported, Non-Invasive) unit, and the famous/infamous Rising Stars units are going the way of the dinosaur. The goal is to fight the ad-blocking menace by supplying [GASP] less annoying ads that come in smaller file sizes that don’t take forever to load or endlessly suck away user data.

The revamped guidelines pretty much pooh-pooh nearly any type of ad movement (e.g., expansion) that isn’t user-initiated. This would seem to include outstream video – you know, when a video player opens up right in the middle of the content feed. The verdict isn’t in on whether this unit is all-out intolerable for users; we’ve heard that it can be effective when executed with careful frequency.

Strangely enough, today Teads – probably the most well-known outstream vendor – posted a blog giving its supports to the proposed ad portfolio and announcing that it had not only joined the IAB group producing the standard units but also the recently introduced Coalition for Better Ads. The latter was launched during DMEXCO in Cologne, Germany in mid-September and boasts charter members like Google, Facebook, Procter & Gamble, GroupM, The Washington Post and just about every industry trade association you can name (4A’s, ANA, IAB, etc.). 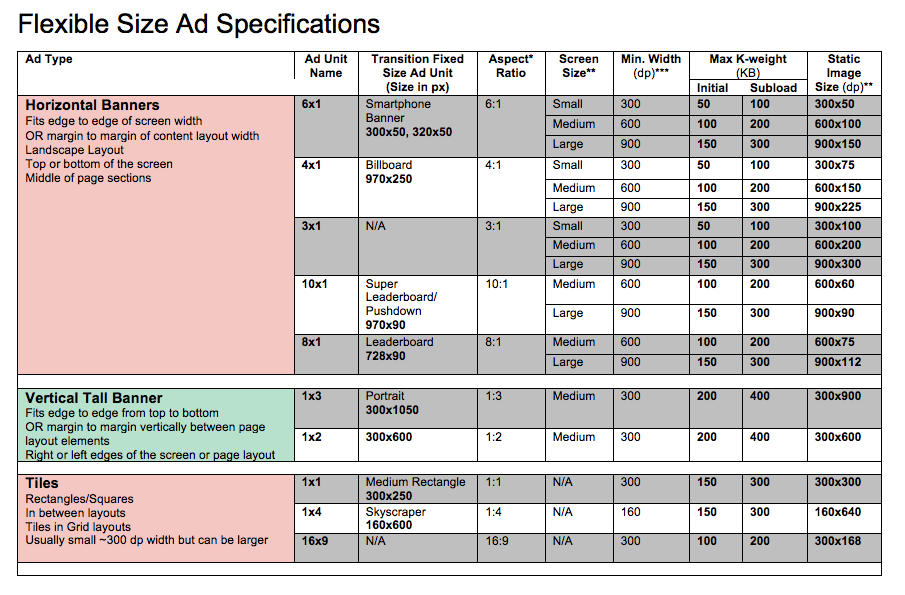 While I strongly suggest you read through the whole proposal – and perhaps consider writing in some comments – let me point out some of the major items:

Personally, I think this portfolio sends a strong – and good – message about the future digital advertising: it should be considerate to user experience both on the aesthetic level and back-end (i.e., size).

One pub source suggested that, just like Facebook and Google, the IAB is pushing hard toward native placements. If you haven’t heard the good word, these are basically dynamic banners that morph to fit the aesthetic mold of the site they appear on and are placed within content feeds rather than adjacent. (Can’t forget that they must feature FTC-suggested sponsor-labeling.)

Most publishers are big fans of the LEAN program, but admit they haven’t seen a whole lot of the ads coming through the pipes since the program’s launch about a year ago. This portfolio will give them ammo to adjust their specs and argue (demand seems a strong word) for advertiser compliance. 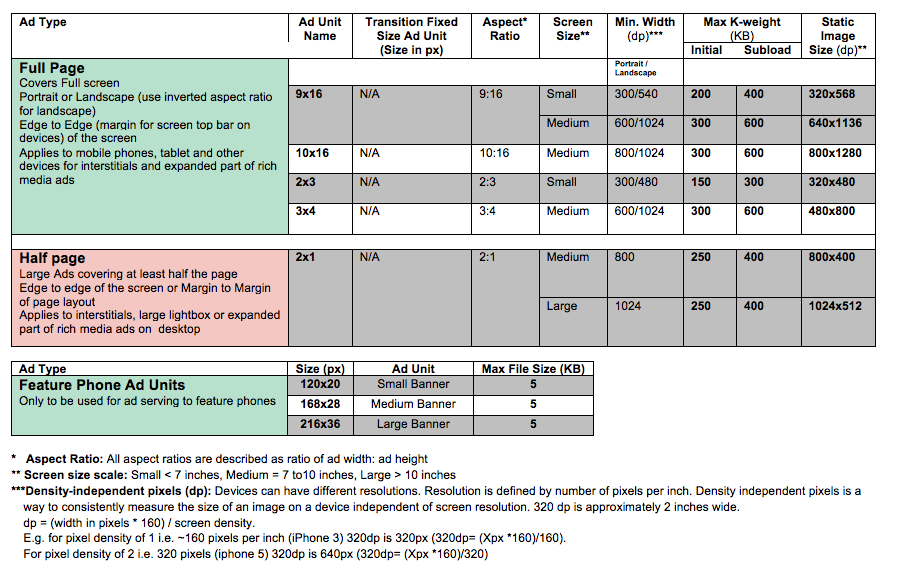 However, I caught a telling exchange on the ad ops subreddit:

“In what ways does an IAB recommendation affect the behavior of the industry?”

“It doesn’t; or at least, you can merely look at it as a suggestion about what the industry should do.”

The buy side is notoriously slow to adapt in these cases, even if it’s to the benefit of the entire industry. Even with publishers beating the drum, advertisers and agencies are still holding the purse strings, which makes for compelling leverage over their sell-side cohorts.

It’s Ad Week NYC, and I’m a little ashamed to say that I’ve been chained to my desk with some stories and reports you’ll see soon. However, I’m hitting the party circuit tonight and will see if I can garner some opinions to share next week.