The #StopHateForProfit Facebook advertising boycott, launched against the social media giant for continuously allowing hate speech and misinformation to exist on its platform, is steadily growing steam.

A coalition of civil rights advocacy groups led by the NAACP, Colors of Change and the Anti-Defamation League (ADL) launched the campaign, calling on corporations to pause advertising on Facebook during the month of July.

Could this create an opportunity for publishers as brands seek to reallocate their ad spend?

Folio Senior Editor, Greg Dool,  weighs in on the topic.

In less than one week, a campaign by a coalition of civil rights groups aimed at encouraging businesses to pause advertising on Facebook’s platforms has already achieved some tangible results.

Last Thursday, the digital ad agency 360i, a Dentsu Group subsidiary whose clients include Burberry, Discover Financial and United Airlines, stated its support for the boycott.

A day later, outdoor apparel brand The North Face said it would halt paid advertising on Facebook-owned properties until the company implemented stricter policies to halt the spread of “racist, violent or hateful content and misinformation” on its platforms. In the four days since, outdoor retailers REI and Eddie Bauer and The North Face competitor Patagonia, as well as Ben & Jerry’s and a handful of smaller tech brands, have announced similar pledges.

And just yesterday, Goodby Silverstein, owned by the Omnicom Group, whose clients include BMW, HP, PayPal, Pepsi, Doritos, and Adobe also announced that it intends to join the campaign.

Although execs at General Motors and Unilever fell short of fully committing to the boycott despite expressing sympathy for the cause in a Wall Street Journal report Monday, it’s clear that the message is being heard by marketers ever mindful of ensuring that the environments in which their advertisements appear align with their public-facing corporate values.

An Opportunity for Pubs

For publishers, who have long positioned themselves as brand-safe advertising alternatives to tech platforms, unprecedented scrutiny of Facebook’s $80 billion global advertising business could mean a chance to recoup some lost ground.

“It does present an opportunity,” said an executive at a large digital media company, speaking on condition of anonymity. “I think it’s an important moment for brands to reassess how their actions and their marketing budgets reflect their values as a company. More than ever, employees and customers are holding their companies accountable for following through on the values they are saying to the world.”

None of the media executives Folio: contacted were willing or able to comment on the record; in many respects, publishers have been forced to play ball with tech platforms that have become indispensable business partners even as they’ve contributed to the hollowing out of newsrooms and media organizations across the country. While they eat up an estimated 60% of all U.S. digital ad spending, Facebook and Google remain important distribution channels for online publishers, many of whom promote their own products using Facebook ads.

To read the rest of this article, please visit our sister publication FOLIO. 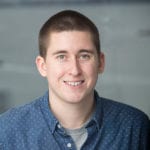 Greg Dool is senior editor of Folio:, a 47-year-old trade publication serving the magazine and digital media industry and a sister brand to Admonsters. Prior to Folio:, he was an editor at Industry Publications, Inc., a reporter at the News of Delaware County, and has written for Complex and Min: The Media Industry Newsletter. He graduated from Villanova University in 2013 with a B.A. in English.