It’s true. Those of us working in digital publishing live in turbulent times. However, I came away from Admonsters PubForum Vancouver, August 18-21, feeling encouraged by enough bright spots in our industry to see the road ahead. I was particularly struck by the excitement around new mobile and video opportunities. For those of us who focus on digital advertising and operations, it’s often too easy to get stuck in the weeds and equally hard to see the big picture. As such, it was reassuring to connect with colleagues, compare notes and have honest conversations about the pros and cons of our industry.

Hallway conversations focused on careers and work culture within revenue operations. A consistent throughline was that ops is increasingly called upon to troubleshoot or hack together solutions for a fairly broad range of projects. Many view this as a career boon since it allows for greater involvement in top company priorities. Sadly, however, the root of underlying frustration was that many publishers still don’t have unified internal data and reporting, which means that sleuthing can be slow going. On the upside, I got the gist that more media companies now recognize the growing importance of ops and are putting resources into recruiting and compensation.

2. Video Is on the Rise, but Still Operationally Challenging

Most digital publishers are at least experimenting with video. A few, like A+E, have shifted to put video front and center, while others (my own company, Granite, included) are running a combination of instream or outstream videos alongside articles. Advertiser demand is robust, but implementation still tends to be problematic. Complaints ranged from expensive rates for video players and content delivery services to discrepancies and serving errors on video advertisements. In spite of endless daily VAST errors, there was tangible excitement about video’s growth potential. More and more consumers are ditching traditional TV for internet-based solutions ranging from OTT/CTV to short-form clips found throughout the web. As bandwidth increases, so will viewership and revenue.

iOS monetization (or lack-there-of) was top of mind. Cookie-restricting features built into Safari have significantly hampered the ability for advertisers to target ads, and therefore reduced the value of impressions by as much as 40% compared to similar impressions on Android devices. Media companies are trying lots of clever hacks to lessen the hurt. For instance, teams with direct sales are increasingly using iOS impressions for make-goods or to fill non-targeted line items. Others are experimenting with larger-format ads or simply a higher ratio of ads to content.

In sharp contrast, Android has been fueling 2019’s mobile revenue growth. People are on their phones ALL THE TIME. Volume is up big for Android web as well as in-apps. At the same time, increased advertiser demand and improved auction dynamics are lifting Android CPMs.

Companies are preparing for California Consumer Privacy Act compliance in similar ways that they did for Europe’s GDPR. One fear is that eventually there may be many slightly different laws governing specific countries and states—a true nightmare scenario for anyone working in ad operations. Also, based on financial numbers, teams recognize a substantial difference between ‘opt-in’ and ‘opt-out’ consent.

The tenuous fate of cookies also sparked anxiety in Vancouver. Will more browsers follow Safari’s example? Will Google’s own reliance on advertising shield the industry from sweeping changes? Can publishers collect first-party data and make it available (fast enough) to advertisers at scale? Why are there so many ‘unified’ ID projects?

Several publishers observed that certain topics (especially within news and politics) are becoming increasingly difficult to monetize because advertisers are trying to avoid divisive or polarizing articles. Negative keywording isn’t a new feature for the industry, but historically it was used by only a small segment of advertisers to avoid relatively specific topics (most often pornography, drugs, and gun violence). We’re now seeing more widespread use of a much broader set of terms (for instance the phrase ‘climate change’ or the name ‘Donald Trump’). The implications for newsrooms could get a bit scary if weaker financials start to have an implicit silencing effect on which stories get assigned and resourced.

Programmatic ad sales is now mainsteam and emphasis has shifted from signing as many new deals as possible to culling down and concentrating on ‘fewer, better’ partnerships. Several industry trends align with this more concentrated approach:

Not much about the future of our industry is certain, with new legislation and ever-advancing technology keeping everyone on their toes. It was clear from the days we spent together in Vancouver, we work in a dynamic, maturing industry that continues to deliver big opportunities and big challenges. 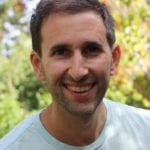 Tony Mamone is a co-founder of Granite Media, a profitable digital media company that pairs professional journalism with 100% programmatic technology across both sales and marketing. Granite publishes Work + Money, Far & Wide, FamilyMinded, and Stadium Talk. Tony is an experienced media entrepreneur. He was co-founder and CEO of Livingly Media (sold to Axel Springer's aufeminin in 2015) and launched FindArticles.com (sold to CNet in 2007). Tony holds engineering degrees from Dartmouth College and Thayer School of Engineering and a business degree from Stanford Business School.