As the imminent death of third-party cookies and Google’s push for FLoC creates new headaches, publishers want to know that every SSP they work with has their back and that they are navigating the changes together. What’s more, they want to make sure their SSPs provide truly personalized service, reporting, tools, and value.

While many pubs don’t distinguish much between SSPs and demand sources, the nuances between them add up. Where an SSP gets their ads matters, for instance, whether it be from uniques or from trade desks.

“I think a classic SSP needs to have a particular toolset that a demand source wouldn’t necessarily have,”  one publisher said, speaking with us at a recent Think Tank with Sovrn.  “That’s an important differentiation. An SSP needs to have deal ID-building capabilities. Not all demand sources have that, but any decent SSP should.”

WITH THE SUPPORT OF Sovrn
Sovrn provides advertising tools, technologies, and services to tens of thousands of content creators, helping them make money, grow their businesses, and access a massive data commons that provides extraordinary insights.

As the Think Tank progressed, it became clear that the depth of tools and analytics that SSPs provide continue to play a crucial role for publishers. What’s more, the service that pubs receive from SSPs —and how much human touch that service has — makes a world of difference.

An Emphasis on Service

Most pubs were eager to emphasize the fact that they don’t feel great about communicating with an SSP through a ticketing system. They much prefer a human rep, and ideally a single point of contact, to address changing needs and figure out solutions together.

“I need to feel like there is a person who understands our partnership, who is there to help me,” one pub said. “That means if I ask for an intro to a DSP, they can get it for me, or if I need certain data that’s not in their UI, we can have a conversation about how to get that.”

Another added that, as more SSPs forgo providing human reps in lieu of ticketing systems, they lose a competitive advantage to Google. Although Google has pretty terrible service, they do provide support via a real person, even though that person usually isn’t an expert in the specific needs of the pub.

As one pub put it bluntly, “We probably wouldn’t use any features an SSP brings to us if we don’t have that service relationship with them, because we need to be able to have that support as we roll out new features.”

Tailored Reports are a Must

As pubs pivot their strategies to meet the myriad of challenges coming over the next year, they also require increasingly robust, tailored reporting from their SSPs. And that can’t take the form of an emailed file with formatting problems, misplaced fields, or other issues that slow down the pub’s ability to pull insights from the data.

I really wish the IAB would come up with API standardizations, a list of dimensions and metrics and if you really want to work with partners, you have to check a box and you have to be able to provide this.

One pub said that of the two dozen SSP demand sources they work with, only three provide them with satisfactory reporting.

Instead, pubs said that most SSPs still only provide them with a grand, daily total that isn’t well organized or broken up by property.

“I really wish the IAB would come up with API standardizations, a list of dimensions and metrics,” said another pub, “and if you really want to work with partners, you have to check a box and you have to be able to provide this.”

Where Are the Benchmark Reports?

A chorus of pubs also wondered why most major exchanges can’t provide them with monthly or quarterly benchmark data that shows how their CPM compares to that of their colleagues. Pubs are only ever able to get those from SSPs if they ask multiple times and wait for a timely turnaround. By that point, the insights aren’t always actionable.

Many want this report to be automated for each pub, then sent in the form of a monthly report card. Of course, it would be totally anonymized.

These periodic benchmarks would allow pubs to pivot their strategies in a more timely fashion, a necessary consequence of the privacy and regulatory changes coming this year.  “That would be amazing,” said one pub. “Especially when you’re trying a lot of different things, which I was certainly doing in March and April, and nothing was working.”

Most were incredulous that these reports aren’t often included already, and another wondered why an SSP that makes “like a hundred million dollars an hour has to charge me fifteen hundred bucks a month to get the data.”

As pubs express a continued need for more robust service and reporting, both needs fall under the umbrella of tools — whether human or automated — that ultimately help a pub mitigate risk.

Everybody’s default risk odometers went sky high as soon as the pandemic started. And as pubs begin to understand their risk profile, Brian Bouquet, Vice President of Product Management at Sovrn, said that the SSP is almost ready to roll out features that allow pubs to adjust their bidders accordingly.

Bouquet explained that Sovrn will soon be releasing controls that give publishers the ability to filter out certain bids depending on the pub’s risk profile. For instance, a pub may decide that they don’t want to pay insurance for the 10-20% that a creditor may not underwrite.

“We are constantly mitigating the risk from demand-side defaults on behalf of our publishers,” says Brian. “We continuously perform thorough credit reviews of all our current and prospective demand partners. We only work with those partners who meet our strict criteria and we establish strict credit limits for all of our active demand partners.”

Sovrn approaches these features in a couple of different ways. They let pubs access the demand that’s guaranteed 100%, or they can access all Sovrn’s demand, which gives them extra DSP partners that their creditor will not underwrite. He added that this mitigation program would be completely free. By selecting only guaranteed DSPs, publishers will impact bid depth which will ultimately impact revenue.

“Every company needs to make their own decision about how they want to treat that risk with demand partners,” Bouquet said. “We’re building it with flexibility so you can opt-in and choose your own path.”

How Will SSPs Help Figure Out the Cookie Conundrum?

As reports about the imminent death of third-party cookies keep coming, pubs see a red flag with any SSP who says they’re still in the early stages of figuring out a replacement.

Let's lobby hard to make sure that ID modules stay on the table. But that's not on us. That's on SSPs, because they will just go away if there's no addressability.

A couple of ad tech vendors have submitted big proposals on top of Google’s TURTLEDOVE proposal, like Criteo’s SPARROW and Magnite’s PARRROT. Features of those proposals have made it into Google’s FLEDGE proposal for operationalizing TURTLEDOVE. Some pubs support SSPs partnering with ID modules as a potential solution. But ultimately, the obligation is on those SSPs to figure things out before the industry takes another huge hit.

“Let’s lobby hard to make sure that ID modules stay on the table,” said one pub. “But that’s not on us. That’s on SSPs, because they will just go away if there’s no addressability.”

“If the dollar originates from them and ends up at us, I feel like there’s only so much we can do,” they said.

Even if pubs spend time with SSPs to get IDs set up, potential conflicts abound. What if the ID methodology doesn’t bring an advertiser the same returns? The advertiser will likely turn down their spend with the SSP and spend more with Google. Because pubs are connected with Google, they’ll retain some of that spend. But it could also create a situation where less pressure is put on Google from SSPs, and the CPMs for publishers suffer significantly.

“Publishers can run around and scramble and put whatever solutions in place that we think will work or be appealing,” they said. “But if the buy-side doesn’t agree, doesn’t find value in them, doesn’t see results from them, it’s kind of all for naught.” 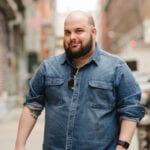