Supply Path Optimization (SPO), aka finding the most direct route to a publisher’s inventory, sounds like an activity that’s best left to the world’s DSPs. After all, they’re the ones with the AI-powered algorithms that focus on winning ad placements for advertisers.

But SPO actually requires teamwork amongst all parties, especially those on the sell-side, as Criteo discovered when it decided to test various SPO strategies and measure the efficiencies that resulted. Done right, SPO offers increased transparency and accountability that is extremely beneficial to both publishers and advertisers.

Criteo’s efforts offer critical insights and best practices that are worth emulating.

The Strategy Behind Criteo’s SPO

Prior to launching its SPO initiative, Criteo worked with more than 50 SSPs. An assumption in ad tech is that the more sell-side providers one works with, the more access one has to the best placements at scale. But within Criteo’s ranks, that assumption had come into doubt.

To answer these questions Criteo decided to launch a multi-pronged SPO initiative with three key goals in mind:

Let’s see how the company went about achieving these three goals.

The first challenge was to understand which of its 50+ channels provided the greatest benefit to Criteo and its advertisers. The company began by studying and ranking all of the channel partners against very specific criteria, including:

Once Criteo ranked all of its channel partners based on the above criteria, it then tested its lowest-ranked SSPs focusing mainly on performance.

As a result of this exercise, Criteo was able to reduce costs by removing more than 10 SSPs without any negative impact on campaign performance.

Criteo had several goals for consolidating its media spend, including removing intermediaries wherever possible in order to boost advertiser ROAS, as well as reducing the number of duplicated requests so that it wouldn’t compete against itself in auctions.

More strategically, Criteo was keen to shift its spending towards its direct channels and preferred supply partners­­ for several important reasons.

First, with third-party cookies going away, Criteo wanted to unify and enrich its first-party data by growing its First-Party Media Network, a proprietary solution that integrates commerce data and AI so that marketers and media owners can connect, enhance, and activate their first-party data.

Second, Criteo wanted to strengthen its partnerships with key supply partners by developing mutual collaboration agreements, such as guaranteed spend deals, improved priority or rebate deals, among other initiatives.

With these goals in mind, Criteo sought to decrease the gap between its direct channels while increasing coverage and priority for its buyers. The company also selected the key partners that could help it achieve its strategic first-party data goals.

Brand safety and suitability are growing priorities for all advertisers, goals that can only be achieved with full transparency into media quality. To this end, Criteo took a multi-pronged approach.

First, to guard against domain spoofing, Criteo opted to use only those channel partners that agree to deploy the IAB standards that block blind or semi-transparent traffic (i.e. ad requests that fail to fully disclose the domain).

The decision to block less-than-transparent traffic protects Criteo from malicious actors that hijack the domain of legitimate publishers in order to serve ads from unsavory ones, such as those that hawk violent or adult content. Criteo further verifies domain legitimacy by checking the ads.txt file of each publisher to certify that the ad request is coming from the declared channels.

Ads.txt has another SPO benefit: enabling Criteo to identify instances when inventory is sold via resellers. Knowing when resellers are involved helps Criteo uncover the most optimal path to the publisher, thus reducing excess resellers and their fees.

Supply chain object (s-chain) and source origin (OpenRTB 2.0 standard) both accomplish the same goal and help Criteo find the most direct path to publisher inventory, including instances when identify inventory is sold via Google’s Open Bidding

With a full, transparent view into its supply, Criteo can now trace the full buying chain up to the publisher, find the most optimal path and make buying decisions based on that insight. As a result, just .3% of traffic is blind or semi-transparent traffic; Criteo has full visibility into 99.7% of its traffic.

The first step in designing its test is to define what success looks like. Are these efforts serving advertisers’ interest in the long run?

Success, to Criteo, focused on yield, which was composed of two components:

Criteo optimizes this yield metric for SPO, which accounts for both short and long-term impact for its clients.

As the goal of these tests is to reduce the number of channel partners without losing yield, the decision to keep or drop a channel partner is made based on whether or not yield was gained or lost.

When several intermediaries sell the same inventory, buyers may receive multiple requests for the same ad opportunity. If undetected, this leads to side-by-side bidding, or buyers bidding against themselves.

While matching Transaction IDs (tid) should, in theory, help Criteo detect such scenarios, low adoption and high inconsistency in reporting remain an issue. To bypass that limitation, Criteo built internal proxies that leverage fields available across all supply partners (a combination of timestamp window, placements IDs, matched user identifiers, and others) to detect side-by-side bidding (tests show that these proxies capture up to 90% of side-by-side bidding).

The SSPs identified as potential culprits were deactivated for a subset of randomized users (test group) within our AB testing platform, and will remain so unless they prove incremental.

This tool has improved Criteo’s overall SPO process on several fronts. First, it has eliminated complex development work so that Criteo’s local analytics teams can run the tests themselves, allowing for the faster implementation of tests.

Second, Criteo can build any combination of the tool’s dimensions to identify an SSP to shut down. Third, exclusion lists now come before requests are processed, lowering infrastructure costs.

Criteo is onto something big here: SPO benefits a lot of players in the ecosystem, especially publishers who want to earn the highest CPMS for their inventory. The more direct the path to the buyer, the less money that’s lost on intermediaries.

On a higher level, the industry progresses when it works together to solve challenges. Often this begins when an individual player, like Criteo, undertakes the systematic stuff of an issue and shares their insights so that others can implement them.

Clients have complained for a long time about too high intermediary costs; Criteo has found a way to optimize the supply chain in order to lower them. 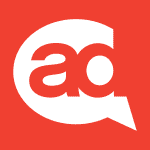