One of the key mantras of digital media has long been “the right ad to the right person at the right time.” Frequently promised, it’s debatable how well that goal has been delivered upon. Data is essential in transacting on programmatic deals, and while the transparency and depth of insights in that data has evolved greatly, the metrics on which those deals are transacted are still lagging somewhere behind. The digital marketplace has evolved to target individual people. The preferred model for programmatic, though, is the CPM model, and that’s been the case for 20 years now.

Sonobi has just released a white paper—the third in a series on what the next iteration of programmatic might look like—called “Evolution of a Market—Impression to People: Cost per Viewable Person—The Metrics That Matter.” In it, white paper author and Sonobi CEO Michael Connolly argues this model needs to change, that publishers and buyers need to start transacting on individual people rather than on chunks of 1,000 impressions—and that the buy side has been pushing for such a change for awhile. That raises some questions about what publishers should do to enable this shift. To explain how publishers could help move programmatic toward a people-based model, and to illuminate what pubs stand to gain, Connolly recently got on the line with AdMonsters Senior Editor Gavin Dunaway and Staff Writer Brian LaRue. Here’s how that conversation went.

BRIAN LaRUE: The idea of people-based marketing has been around for a little while. I’m curious about how what you’re proposing differs from programmatic as we know it.

MICHAEL CONNOLLY: In programmatic, you brought the ability for the buyer to define the audience. Why are 80%, 85% of transactions still conducted on an impression basis? Because the programmatic channel was built specifically to auction off inventory the publisher couldn’t sell directly. It acts on the lowest common denominator, and there is no plannable component to that marketplace as it exists today. The component part necessary to the future people-based market is the data.

GAVIN DUNAWAY: Does the people-based market require a lot more data sharing between the buy and sell sides? 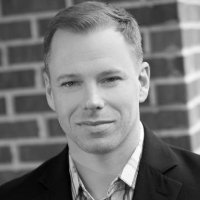 MICHAEL: That’s exactly right. We want a completely transparent transaction that starts with the consumer. The publisher’s role in that process is to create content to attract an engaged audience. The buyer brings their data, and says to the publisher, “Of this audience, 452,000 are people I would like to reach and have a conversation with, and I’d like to be able to transact on those people directly.” The publisher being able to on that audience is all sort of a black hole. You’re not really sure how many of them are on your site, or what price they should be sold for. For a negotiation, proposal and delivery process around that audience, it’s got to be completely transparent.

GAVIN: Would that require data standardization?

MICHAEL: The buyer needs to be able to identify the audience on the site through the duration of the campaign. You can see where scarcity comes into play, with multiple buyers competing for the same people. It’s not necessarily that the buyer needs to share all of their data, but that they and the publisher are both able to negotiate around an outcome that both parties understand.

GAVIN: What are current limitations in publisher forecasting that are hobbling publishers while moving to this model?

MICHAEL: There are all kinds of sales management tools to not get in trouble selling impressions. None of those tools are available on a person basis. In the publisher’s new currency, it’s not 30 million fungible impressions, it’s 1.1 million individual units of people. The tools need to be there for the publisher to understand, forecast and plan selling those people individually, almost in the way you would plan in a sales management tool against impressions. Publishers need to say, “We’re going to start with the person. Whatever we can’t sell directly, we’ll move to impressions. Whatever doesn’t happen there we can clean it up with the programmatic remnant marketplace.“

GAVIN: You could definitely do that if you had people logging into your site, but people are increasingly using identifiers. Do you think the identifier technology is really there yet, especially when it comes to cross-device?

MICHAEL: It depends on the publisher. Publishers that have significant subscribers or log-ins— your Pandoras, Spotifys, Realtors, for example—are in a position to look across the landscape of their audience as people. When the buyer brings their CRM data, you’ve got something very special. You can transact on individual people and understand which have been spoken for and which haven’t.

GAVIN: Are there any brands or publishers you think are currently moving toward this kind of system or really pushing it out at the moment?

MICHAEL: Publishers mostly are trying to figure out how to get the most out of the remnant programmatic channel, not necessarily to transition people-based buying to the direct channel. However, on the buy side, this model has been limited only by the technology. Any technology that evolves the ability for the brand to advertise against a person more efficiently and effectively will rapidly be adopted by the buy side. I think the publisher side will be a little more reactive than proactive in adopting this.

GAVIN: It sounds like one of the steps is for publishers to stop thinking of programmatic as a remnant tool.

MICHAEL: Yes. Understand that when a buyer is able to define their audience, they only want those people and no one else. As a seller, it puts you in an extraordinary position to sell against that—it’s a very scarce environment. The publisher needs to have a mind- shift to their most important asset being people and not impressions, as dictated by their own and the buyer’s first-party data.

GAVIN: We’re talking more and more about programmatic guaranteed deals. That seems like a positive step toward this trend.

MICHAEL: The private marketplace was a good step to try and make things more direct and transparent. The next level up is the planning and negotiating of a future audience to be reserved and guaranteed to the buyer in a media experience that they can define, and that is damn hard.

GAVIN: I can imagine. It seems to me the next step then is how long those people were exposed. Do you think exposure time or active time in view is also a complementary metric here?

MICHAEL: Someone very smart told me that in television, there’s an engagement with prime time that doesn’t exist 1 a.m. to 4 a.m. That 1 a.m. to 4 a.m. is always going to be remnant in television, not dictated by audience volume, but by engagement. In digital it’s the same thing. Let’s start with viewability: This is a person that viewed this ad and consumed this content. The natural extension of that is, how much time did they spend consuming it? Engagement metrics put you at a great advantage to be able to transact on this kind of stuff.

GAVIN: Sounds like the future of digital advertising is kind of like television, except far more accurate.

MICHAEL: Yes. You have the Super Bowl ad, that one 30-second spot that everybody consumes. I love the Puppy Monkey Baby ad, but I don’t drink soda. Imagine if the seller, the network in this case, could run 500 commercials concurrently to different audiences. It exponentially increases their inventory, and the buyer only gets what’s relevant to them. We have the ability to do that in digital today, and we’re not.

GAVIN: In the report, there’s one sentence that says, “100% people-based market, direct to publisher, with no intermediaries and essential technology.” Where does that put you guys?

MICHAEL: We wouldn’t want to string three merchant account machines together to buy our lunch every day. In the current programmatic channels, you’ve got this daisy chain of inefficiencies between buyer and remnant. That margin erosion can be greater than 50%, 55%. For all those fees, you get the privilege of transacting on one of three sizes in a non- guaranteed remnant environment. There needs to be value creation, not a degradation of value throughout that process. We believe that in the future of advertising, the publisher will source those people directly and the buyer will define and buy them directly. There’s going to be a technology that powers that, but it needs to be essential to the transaction.

We have so many intermediaries in programmatic, but that just goes to show you how important the defined audience is. We’re willing to stomach all that to reach this user. The foundation of people is sound. We’ve just got some optimization to do as an industry.

BRIAN: I wanted to talk about specifically what this means for cooperation between sales and ops.

MICHAEL: I think we will see a blending between traditional media sales and programmatic sales. The ad ops role will be similar: We’ve made promises, which are people instead of impressions, and we need to deliver on those promises. From a sales perspective, being able to closely coordinate with ops will be more important than ever, because we’re dealing with a finite amount of inventory. To make sure things are set up for success, I think you’re going to see a closer relationship between the two. But it’s a little bit like the evolution of aviation from a pilot’s perspective. In a Cessna, there’s a lot of pushing and pulling. In the F-18 there’s a lot of systems management, a lot of button- pushing. It doesn’t mean it’s a more complicated machine to fly. It just requires a different style to manage it.