Late last year, tales of Methbot illegitimately gobbling up $3 million to $5 million in ad spend daily horrified the industry. While advertisers are the obvious victims of fraud based on bot traffic, the spectre still haunts premium publishers—not only is that spend that should have been relegated to their inventory, scams like Methbot increase advertiser pressure on legitimate sites.

The bot menace has caused particular pains in the programmatic video space, arguably halting the growth of what could be a lucrative channel for honest video content providers. In this interview, VertaMedia CEO Alex Bornyakov talks candidly about invalid traffic and fraud in both desktop and mobile video advertising, service providers’ responsibility in this space, and how publishers can push back against the bots.

GAVIN DUNAWAY: Why is fraud so prevalent in video right now? What has changed in the old presumption that there’s a high barrier to entry for fraudsters?

AB: Fraud ultimately follows ad spend so as investment in video advertising increases it becomes a more attractive target for fraudsters. Video was the fastest growing ad format last year—with spend increasing 67% in the first half of 2016—and fraud rates are rising in parallel.

Video is more expensive than other types of media so fraudulent activity provides greater returns and when this is combined with a scarcity of supply—meaning video inventory is in high demand—it provides valuable opportunities fraudsters have been quick to exploit.

WITH THE SUPPORT OF VERTAMEDIA LLC
VertaMedia is a Video Supply Side Platform with its own Ad Marketplace. It is designed to facilitate the balance between video ad buyers and sellers, by supplying them with extensive technology and dedicated services, where every publisher can meet his demand for efficient ad serving and effective yield optimization.

GD: It’s pretty obvious that advertisers are the victims of ads served to invalid traffic, but how do legitimate publishers suffer?

AB: The most obvious impact on legitimate publishers is a reduction in available advertising revenues as these are being wasted on fraudulent impressions, but fraud affects publishers indirectly in other ways too. Invalid traffic to a publisher site can skew metrics such as click-through and bounce rates, making them appear excessively high or low and reducing the perceived quality of the site. Publishers need to be able to demonstrate high-quality inventory to attract advertiser budgets.

GD: Do you think estimates on the amount of ad spend going to invalid traffic are high or low?

AB: Headline-grabbing figures on the cost of ad fraud and estimates on the average volume of impressions affected aren’t particularly helpful in understanding the real impact. Fraud rates vary widely between platforms, campaigns, and publishers—in general premium publishers experience far lower fraud rates than the averages would imply but of course that means for other low-quality inventory the figures could be far higher.

GD: Has invalid/non-human traffic ruined the open programmatic video marketplace? Are there ways content providers can flag their inventory as clean? 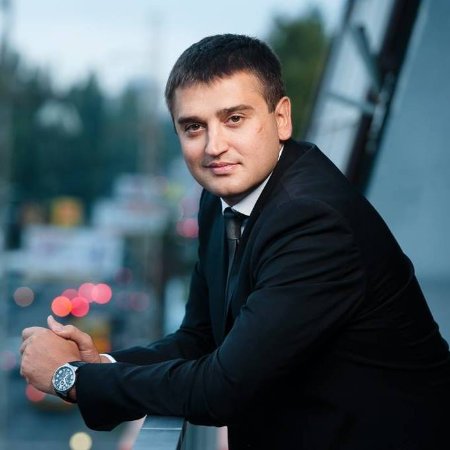 AB: Fraud has certainly impacted confidence in the video marketplace—with half of US advertisers and agencies concerned about how video ad fraud or bots negatively impact their digital video ad spending—but there are ways publishers can restore trust in their inventory.

Last year VertaMedia partnered with Forensiq, which uses machine learning and in-browser analysis to evaluate the legitimacy of clicks and impressions and identify bot activity. Publishers are then able to remove all non-legitimate video ad impressions ensuring only genuine impressions reach advertisers.

GD: Is mobile a less bot-populated space than desktop? Is there a bot invasion on OTT/connected TV too?

AB: It is difficult to know precisely how mobile compares to desktop as mobile fraud has existed for far less time than desktop fraud and has not been monitored for as long. As with video, fraud will always follow advertising dollars and with mobile display ad spend overtaking desktop, mobile fraud is also growing rapidly.

There is a feeling the TV space has so far escaped the fraudsters but when Pixalate launched its Video Seller Trust Index in December, it revealed relatively high rates of fraud across OTT and Connected TV. Again, as advertising on addressable TV is set to grow rapidly in 2017, this is likely to be an area of increased concern.

GD: If you’re a publisher and you want to clear non-human video traffic off your site, what steps do you need to take? What kind of help will you need from other entities along the ad supply chain?

AB: Increased transparency is key to getting rid of bot traffic, so publishers should make sure they know whom they are working with. As well as implementing anti-fraud practices, they need to have frank discussions with anyone else they work with along the supply chain to find out what measures those partners have in place.

Ideally publishers should look for more direct relationships with buyers, reducing the number of middlemen and therefore opportunities for fraud. They should also be wary of sourcing third-party traffic or using audience extension programs that could potentially impact traffic quality.

GD: Where does the industry stand right now on curtailing Methbot? How does the fight against its spread differ from other instances of fraud you’ve seen?

AB: Methbot is certainly a wake-up call for the industry. Although the latest reports suggest the impact of Methbot may not be as serious as initially thought—indeed despite the fact that the bot generated a reported $3 to $5 million each day we have seen minimal impact to our clients—it has forced the industry to work more collaboratively to combat this growing problem. It is refreshing to see companies being more open about their experiences of fraud and the steps they are taking to fight it, and this will hopefully encourage contribution to wider industry anti-fraud measures.

GD: Slowing the spread of Methbot and other fraud activities seems like it can be very manual. Are there ways to automate those efforts?

AB: To quickly limit the impact of Methbot, specific manual measures were recommended, such as blocking compromised IP addresses. However the majority of platforms who use automated techniques to detect and filter out invalid traffic have reported minimal impact from the botnet, indicating these technologies are already in place and are working effectively—although they will inevitably need to evolve as fraudulent activity becomes ever more sophisticated.

GD: What is the role of a company like VertaMedia in protecting advertisers from serving creative to bots?

AB: Supply-side platforms should take responsibility for ensuring only high-quality impressions—free from fraud—are made available to advertisers. At VertaMedia we take this responsibility very seriously and combine our own deep machine learning with state-of-the-art external fraud prevention technologies to eliminate invalid traffic. Alongside these technologies we also have a highly skilled and experienced brand safety team.

GD: Are there ways those companies/advocates can work together to combat fraudsters without help from governments? Is there any way to get ahead of the “next Methbot”?

AB: Collaborative initiatives such as the Trustworthy Accountability Group (TAG)—a joint marketing-media industry program created by the American Association of Advertising Agencies (4A’s), Association of National Advertisers (ANA), and Interactive Advertising Bureau (IAB)—are vital in helping the industry work together to fight fraud. They offer anti-fraud guidelines as well as a Certified Against Fraud program, which is open to buyers, sellers, and intermediaries. Proctor & Gamble has just announced that anyone involved with the digital media it buys must be TAG accredited by the end of the year.

GD: Are there other security or quality concerns publishers in the programmatic video space should keep their eyes on?

AB: The issue of viewability is becoming more prominent in video advertising, and advertisers are calling for better viewability metrics as part of a wider demand for increased transparency in the video space. Last year VertaMedia partnered with Moat as part of its brand-safety toolkit, allowing both advertisers and publishers to analyse viewability and attention metrics with greater precision. To improve viewability publishers could look at the size and positioning of video players on their websites, or consider in-article video advertising, which is highly viewable.