When they first hit the scene, private marketplaces were heralded as a promising next step in the evolution of programmatic: a way for buyers and sellers to transact efficiently in a trusted and highly valued environment.

Unfortunately, that’s not how PMPs have panned out for publishers, at least not across the board. Talking to publishers, you’ll hear a lot of frustration: PMP deals are next-to-impossible to plan thanks to audience forecasting woes, difficult to scale and generally labor- and time-intensive. Publishers are aware or the value PMPs are supposed to offer, but often suspect there are other channels where they could better invest their efforts and see greater returns.

At the same time, PMPs certainly haven’t gone away and there’s enough interest on both the buy and the sell side to try to improve PMPs, rather than abandon them for something else. To that end, Sonobi released a whitepaper this week called Evolution of a Market – Impressions to People: Developing an Effective PMP Strategy. In the paper, they’ve made the case that publishers would see more value in PMPs, and would have an easier time with them, if they had tools and insights geared toward their most common pain points. (By the way, how the market is evolving to make “people” the focus of the media transaction is one of the key points we’ll be getting into at a Sonobi-sponsored panel at OPS NYC on June 7.)

Sounds great, but AdMonsters Staff Writer Brian LaRue wanted to know specifically what that meant, so he met up with Sonobi COO Justin Kennedy to ask what pubs need at the ready to generate some real PMP power.

BRIAN LaRUE: Tell me a little about the current state of PMPs as you see them.

JUSTIN KENNEDY: PMPs in their current state reflect how programmatic was sold five years ago to publishers: In real time, only the highest buyer is going to be able to buy your remnant inventory at true value, and revenue yield will go through the roof. Those sky-high promises weren’t really realized. PMPs came around promising a better way to monetize your inventory differently from direct sold, based around audience. Again, because of several different reasons, its potential has not been fully realized.

It all boils down to how much effort am I putting into these things, versus how much value I’m getting. It’s just completely upside down in terms of time spent.

BL: It seems as though things have gotten at least a little bitter.

JK: A year ago, the mere process of setting up a deal could be arduous. But the technology among most of the major platforms has improved to a point where enabling a connection for the buyer and seller to transact has gotten somewhat easier.

BL: So what had to happen to bring about that efficiency technologically?

JK: The idea of a private marketplace was good in concept, but not supported on both sides of the market. A buyer could identify an audience and opportunistically bid against a specified supply point, but there wasn’t a standard adopted for communicating properly with the buy side. There’s just a maturation of the ecosystem. The OpenRTB spec came out supporting Deal ID functionality. That was a major milestone.

But all those things don’t speak to the bigger problem, which is information asymmetry in how the buy side and sell side think about these transactions. For the large part, there is no consolidated platform for a buyer and seller to transparently negotiate on a defined audience and assess the opportunity.

BL: The whitepaper definitely alluded to this. Would you say that’s the largest barrier right now from private marketplaces achieving their potential? 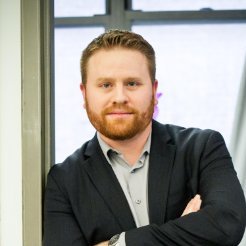 JK: It’s one of the major components. If you can’t optimize your effort to return a certain amount of value, you’re going to run into an inability to scale. If I have to create 200 Deal IDs to find 10 that scale, how much do I want to do that? Whereas with the right toolset you can see which deals you need to focus on setting up first.

The other major component is that the concept that PMPs, and programmatic versus direct selling, need to be laddered up into a broader revenue strategy. As technology improves and you’re seeing PMP deals that look a lot like direct deals, we’re breaking down that wall between programmatic and direct.

In the next evolution of digital media, it’s going to be an audience-based market. Instead of thinking about my inventory in groups of 1,000 impressions, I consider my inventory as one: the individual user on my page right now.

JK: In the days of deep linking and viral content, people come in, consume an article and leave. So the ability to deliver an advertisement to the user is not fungible.

Then, there’s the utility aspect — what the profile of users look like across my supply pool, in terms of deals that I have, deals that I want to run. The ability to manage users in relation to each other is required.

This user may be interesting to more than one buyer. Who should I give it to, and how do I make that decision intelligently? You’d be surprised where brands can find their audiences non-endemically.

BL: So what’s necessary on the pub side to have those insights?

JK: The publisher needs a vendor relationship solely focused on providing utility and insight. This type of utility shouldn’t be a bolt-on addition to something else. I think you’re going to see a lot of legacy partners struggle with that pivot. They have tons of technology, tons of code, tons of brand equity, but this utility is going to be just a bolt-on to their technology.

JK: It involves a couple different things. If you have direct over here, selling entirely on impressions, and PMPs separated, selling on audiences, you’re going to have difficulty creating an efficient, scalable PMP solution.

The other component is that publishers need to curate demand. You see this at all scales. You need the ability to proactively understand which advertisers to go after—almost like a lead list.

BL: On a personnel level, what does this mean? Some of what you’re talking about could be fairly manual.

JK: It’s unique to each individual publisher’s business rules. However: The right technology will enable the publisher to avoid overhiring to compensate for its shortcomings.

That being said, absolutely nothing can replace that human component, both on the sales side and on the ops side. You’re always going to have someone providing analytical work and prioritizing efforts. It’s just that you won’t have to hire people to make up for gaps in the technology anymore.

BL: When we talk about PMPs, publishers sometimes talk a lot about how how to staff them and how many hours they put into them.

JK: For sure, versus the value created. The right technology should not force a cookie-cutter outcome on the client. Maybe for one publisher, revenue is all that matters. But maybe there’s a publisher that has a strategic relationship with a holding company. Maybe they don’t have the highest CPM or spend the most money every month. They should be able to deliver on this special relationship no matter what.

PMPs are about getting the relationship back between buyer and seller in the programmatic world. There will always be some sort of tech intermediary with PMPs. But being able to disintermediate those layers of questionable value and get back to marketer/publisher conversations is a huge value add.

BL: When we spoke with Sonobi President Tony Katsur a few weeks ago, he mentioned that private marketplaces should be a place where pubs have a lot of control over the environment. What’s keeping pubs from having optimal control right now?

JK: One big aspect of programmatic is that when you have a market that requires a bunch of intermediaries to function, you quickly devolve to an ecosystem where the lowest common denominator is adopted throughout. You build what everybody else can support.

The second piece is the intelligence involved. If I don’t know who this buyer is trying to reach or the scale of the opportunity or how much those users are worth to another buyer, how do I effectively source those users? You need to be able to apply and follow your endemic business rules on a software solution. The control is not just blocking a brand or setting a floor. If I’m going to use a platform to manage my business, it had better be able to do all the things I need to do.

BL: In the whitepaper there’s this bit about the information that pubs have coming through their indirect bidstream. So what’s in that data?

JK: Who the user is, what buyers are interested in them—and beyond what they’re paying, what they are bidding. There’s tons of money invested on the buy side to find highest-value users for the cheapest price possible, which is not a market that scales. It’s time for a higher standard, which can be achieved through transparency. I can kind of see directionally where these guys are bidding, so I can maybe infer some things about that bidding behavior, based on patterns.

BL: So what’s next for Sonobi as far as development of PMPs and maturation of that particular niche?

JK: Say I’m a publisher; I want to provide value to buyers. Sonobi can already take publishers’ first-party data and package up PMPs around that. But what’s next are unique additional metrics publishers can sell against and provide to clients. For example, we’re starting to hear chatter about selling on a time basis. I don’t want to buy a million impressions on mysite.com— I want to buy a million seconds on mysite.com. We have to be proactive in identifying trends in how publishers may want to add value to their supply. We’re setting out to create the environment where a publisher can say yes to any sort of metric that a buyer wants to buy against.