Apple’s entrance into the ad tech marketplace couldn’t have been more timely.

Given the push towards refinement in consumer targeting, data clean rooms, the Twitter implosion, the rise of retail media, and legislations set to remap leveraging data, the buying universe is quietly scrambling for alternatives with data integrity at the core.

Who is better than a long-term industry darling that has coveted the consumer better than anyone in its private digital sanctuary – the Apple ecosystem.

Since its inception, Apple has operated one of the most respectable “ecosystems” in the modern era of technology.

Their “experience design” acumen has orchestrated one of the most consumer-friendly operating environments, from hardware to software to peripherals, based on a singular aim of mastering interoperability at the highest threshold.

While Apple has stayed the course in its core commitment to seamless consumer experiences, blame it on the push for 1st Party Data and the industry backpedaling on the reliance of Walled Gardens, signaling its time to enter the DSP business. Recent big tech data lawsuits and CPRA stipulations have created a slow-burning dumpster fire, only accelerating Apple’s market opportunity.

Apple’s true value stems from the ownership of mindshare, or what we are now terming the Attention Stack. And if attention is the ultimate real estate, Apple owns most of the prized oceanfront properties with millionaire-style mansions.

Given that their ecosystem is a user-driven community where product development is core to the “user experience,” the expectation will be that their DSP solution will be less about SAAS. An Apple-operated DSP should be centered around their ability to allow brands to effectively connect with consumers given the intimate knowledge they possess about them – an advantage they have all to themselves now.

Apple set the digital universe on fire with their iOS update, which introduced Intelligent Tracking Prevention and App Tracking Transparency (ATT) changes in 2021.

The update kneecapped ad tech’s ability to target and measure performance, creating a significant ‘signal loss’ (or data attributed to the amount of web browsing and ecommerce behavior).

Now, Apple can offer its own solution for that by launching its very own DSP. How convenient of them.

Furthermore, consider other statistical factors such as 30% of global traffic is unaddressable because of cookieless browsers such as Safari. Or that another 20% are unreachable due to match-rate issues between platforms and users refusing cookies on publisher websites. Apple is also likely to accelerate the data graph conversation (i.e., music graph for Spotify, movie graph for Amazon) and architect one that merges content consumption, app behaviors, software usage, hardware purchase, etc., in a way ad tech has never seen before. They gear their experience design philosophy towards openly acknowledging all the technology gaps in the marketplace and closing them. Checkmate.

Apple’s DSP launch may evolve into a page from the forthcoming Supply Path Optimization conversation, where sellers and buyers are becoming more selective about which ad tech partners they allow to participate in programmatic auctions and setups.

The SPO movement stems from the need by brands to get closer to 1st party data (and proprietary data) offered through partners. Apple’s DSP could serve as the engine for a larger PMP framework, which would have substantial appeal to buying agency options.

While the data clean room conversation is all the rave, much of the results still need to be conclusive.

Clean rooms are environments where tech platforms mix their first-party data with others to gain insights without violating user privacy – which is paramount at Apple. Even mapping other data signals outside of content consumption patterns (location, social, search) onto my audience profile is something Apple is poised to do fluidly. In contrast, others pontificate and stumble around in similar endeavors.

Why Apple is Poised to Succeed

The ad tech community will assume the same potential in launching a DSP which will translate into the sector granting them grace (while they make missteps) as they carve out a new chapter in their business model.

Above all else, Apple is very prudent in studying the mistakes of its frenemies in the business while solving consumer points of friction as an operational mantra. 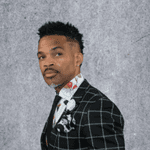 While carrying the “ethos” of a Marketing Technologist, as the Managing Director, Digital Innovation at Walton Isaacson Albert Thompson has always possessed a firm understanding of how technology has continued to transform the discipline of Marketing while disrupting today’s conventional consumer engagement models. Prior to Walton Isaacson he served as the Director, Interactive Services for UniWorld Group and Director of New Media and Technology at Prime Access where he introduced the Digital capabilities for both multicultural agencies.