Should we be surprised that some of the most valuable inventory in digital advertising is taken up by what many consumers consider the most annoying advertising?

Smacking users with pre-roll after pre-roll (many times the same ad) when they watch shorter videos on a site is not only bad for user experience, but can also negatively effect brand opinion. At the same time, forgoing that sweet pre-roll revenue is hard on a pub’s bottom line.

But what if you could switch it up? Instead of the pre-roll barrage, what if you offered a variety of units, such as overlays akin to YouTube units or repurposed display ads? What if you could sell those on a programmatic basis, or coordinate them with larger video campaigns?

WITH THE SUPPORT OF NETSEER
More Images. More Revenue. Monetizing the Visual Web

This is what’s been heavy on the mind of Amir Bakhshaie, Head of Product at Netseer, as the company ramps up its in-video monetization solution. In addition to discussing contextual targeting and programmatic opportunities, Bakhshaie contemplates the future of cross-platform overlays and pre-roll in general.

GD: So what’s wrong with pre-roll? I thought everybody loved pre-roll. (Well, advertisers…)

AB: If it suits your users and your site, pre-roll is a good way to make money. The premiums are very high. Unfortunately, the drawbacks are also very high. The first exposure you’re giving to a potentially new user is an ad. Sometimes that’s not the best way of starting a conversation.

It’s to your benefit to make sure the user gets directly to that content you want them to engage with. So bypassing a pre-roll and using an overlay allows a publisher to monetize, without stopping a user from watching the content. On the next video, you can hit them with a pre-roll.

It’s not to say pre-rolls have no place. But to maximize user engagement and user retention, publishers need to think critically about what kind of ads they’re exposing users to when they first come to the site. And overlays have a very good story there.

GD: This strategy with overlay and pre-roll, not just a blanket of pre-roll, is very thoughtful. But I imagine most YouTube viewers don’t have a very positive view of overlays. 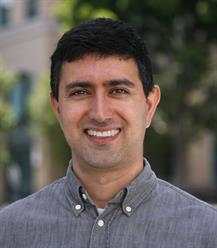 AB: You could probably ask them if they have positive views of pre-roll. I would imagine the answer to the pre-roll is going to be far more negative than overlay.

GD: Is this overlay completely player-agnostic?

AB: No, it’s not. For every player a publisher has, we support it and build custom code for it. That’s the value-add that we’re bringing to the table. This is not as simple as just taking an image and throwing it into a video player. Anybody can do that.

The hard part is making sure that when you render an ad, all the back-end tags and pixels are supported, publishers are given attribution, and advertisers are able to do cookie targeting against those units. Each player is unique, and they all have their own set of macros. There’s a lot that goes into it.

As publishers come to us, we give them a VAST tag. They run it, and any kind of errors they or we catch, we clean up. The process takes about a week or two. After that point, they’re good to go.

GD: Does this also work across platforms?

AB: The one part that it doesn’t work on right now is iOS. That’s mainly because of limitations put in place by Apple, and the restrictions they’ve put on VAST and VPAID. We’re working with another company where we might potentially be able to get this stuff working on iOS as well, but it means that we would actually have to own the player. That’s maybe a longer-term thing that we’re looking at, in lieu of Apple not being able to fully support VAST and VPAID in their player. Android and desktop work fine.

GD: Why is NetSeer needed here? Why couldn’t the players themselves offer this kind of advertising?

AB: The player providers are very strong at making sure their players meet users’ requirements and support ad tags. We’re really good on the ad side. When we serve an ad, we can be sure the content itself is brand-safe and the ad is relevant to the user, and we can try to maximize the return the publisher’s trying to go for.

GD: Right, because a lot of the technology is based around NetSeer’s contextual targeting.

AB: We have our own image product line, where we help publishers monetize the images on their pages. It was very natural to take all this technology we built for the images and port it over to video.

GD: How has NetSeer built in user experience considerations into its overlay units?

AB: We want to make sure users can close out these units. The other thing is making sure the ads are relevant. From our side, we make sure we understand the context of the page and the video itself. If we see multiple ads coming into our own auction, and pricing is around the same, we give more weight to the one that’s more relevant to the context. We’re able to do targeting both at the audience level and at the page video level, so we are able to bring in relevancy at two points.

GD: You mentioned an exchange. These units are sold programmatically, but it’s your exchange?

AB: We have demand that comes from multiple sources. We have our own sales team, and as part of buying directly from NetSeer, we have additional proprietary targeting features that we layer on top.

Second, we are able to make our inventory available through PMPs, and allow publishers to directly sell these units. We can run their campaign in front of us, and if their campaign doesn’t fill, then we can try to fill.

And third, we do utilize the programmatic stack as well. Because we have so many different sources, we see a lot of different ads and can make sure the most relevant ad is shown to the user.

GD: So on the programmatic side, there’s a standard unit size?

GD: Do you think overlay CPMs could ever compare to pre-roll?

AB: That would be tough. Pre-roll holds the promise of TV ads, and that’s always the Holy Grail. You can evoke very strong emotions with a TV ad. Pre-rolls are trying to capture that, and advertisers spend premium dollars for it.

Unfortunately, I don’t know how sustainable that is, because users like to get content very quickly. If you stop them from getting the content, you’re pushing them either to use ad blocking or to leave your site.

So you can imagine that pre-roll might hit a ceiling in terms of the CPMs they can get. If that ever does happen, you still want to monetize video, and overlays can become a way of creating income that isn’t intrusive to the users. Realistically, I don’t know if they’ll ever hit that same premium as pre-rolls, but I don’t know if the premium pre-rolls are getting right now is sustainable.

GD: On mobile, how do you approach it differently, considering the small screen size?

AB: There we try to pull smaller mobile ad units into the mix. Luckily, now, most smartphones are actually kind of large. Right off the bat we don’t target phones with resolutions of smaller than x. If the width of the video is smaller than 400, we won’t even bother. If the width of the player is that size or bigger, then we have some choices in terms of trying to be able to fetch some ads for them. Naturally the CPMs are lower, but it still helps the publisher monetize, and they’re still viewable, engaging ads.