Many digital people hear terms like C3 and C7 and instinctively roll their eyes—“What’s that linear talk got to do with delivering video impressions to target audiences?”

But this overlooks how the freshness of content—say, how many people viewed said content within three days or a week of its release—plays into advertiser measurements of reach and frequency, particularly when it comes to new, unique audiences.

If linear and digital truly are converging, there’s a fair deal the digital side can learn from linear, argues WideOrbit EVP of Engineering Will Offeman, starting off with the timeliness of the content ads are running with. Ultimately, this will pave the path toward a digital GRP and true unified campaign performance measurement between platforms.

WITH THE SUPPORT OF WIDEORBIT
Driving the Business of Advertising

WILL OFFEMAN: The core lesson is, “Just because you can do something doesn’t mean you should.” You really need to think through what you’re trying to achieve, what audience you’re going after, and how it affects what you currently have.

Here’s a clear example from the broadcasting world. Cable companies provide over-the-air local TV channels on their systems. For example, you might be able to watch channel 13 on channel 46, too. This let stations provide additional content on a separate cable channel.

At first stations were excited because they figured they would gain viewers. A lot of them used the cable channel to re-broadcast their local news content at different times for different audiences. But instead of picking up new viewers, the people who used to watch the news at 6 p.m. started watching it at 4 p.m instead.

Those cable channels weren’t monitored by third-party measurement sources, so they weren’t getting ratings for the audiences that shifted over. In the eyes of their advertisers, the local stations had lowered their viewership and the amount of content being measured, and ultimately they lost revenue.

GD: Are there cases where local TV stations leveraged that extra channel for something more beneficial? 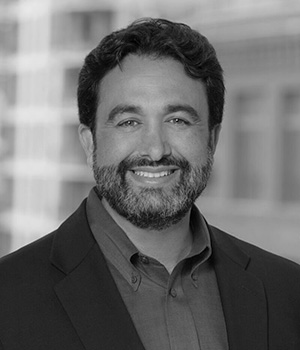 WO: What the TV stations figured out was: “We’ve got additional bandwidth and we’ve got additional outlets. We need to serve up new and different content.” By doing that, they were able to grab new viewers and new revenue. And one of the key drivers was that was they able to measure the new incremental audience.

The situation for digital publishers is a little bit better because content consumption can be tracked. But as soon as you start surfacing content on a mobile device where you can’t get a user identifier, the value proposition goes way down.

GD: Must that measurement be done by a third party?

WO: Yes, an independent organization needs to provide the measurement data. First-party versus third-party numbers are a huge challenge in the digital space. It means a lot to advertisers to know which numbers are accurate and who is tracking them correctly?

GD: Do you believe a digital GRP is feasible?

WO: The GRP structure needs to be applied to digital to get a better idea of reach and frequency numbers. Publishers do everything based on impressions—how many impressions did I serve, what audience did I hit, and so forth—but they’re not doing a good job measuring the composition and frequency with which the ads are being served.

Digital and traditional media advertisers both want the same thing: reach. They want to target a known audience and find ways to hit new people. Delivering the same message to the same people over and over isn’t that helpful.

The recency of content is a perfect opportunity for the buying community to get new and unique audiences.  Timeliness is vital because it draws a unique audience and produces virality. People aren’t watching the same content over and over again. They watch something, they share it with their friends, their friends watch it and so on. That model has a lot of appeal to advertisers.

GD: And this ties into the idea of C3 and C7 metrics.

WO: In TV and radio, ad buyers and sellers both want to know how many unique people watched that content within a timeframe. For a TV show, C7 tells them the number of unique people that watched it within a one-week period from the air date.

It would be valuable to ad buyers if publishers could tell them, “This piece of content was viewed by this many unique folks over a three-day period.” The buy side won’t purchase every single impression, but at least they know that they’re getting new eyeballs in a certain period of time.

When we talk about the C3 style of current-ness, we’re mainly taking about TV and radio. They’re very effective, persuasive mediums that drive sales. That’s why large brands want to be associated with quality content. They know that the viewer or listener mindset carries over into the commercials.

GD: Is there a measurement solution available now for digital publishers that allows them to take advantage of C3/C7 measurement or even transact on it?

WO: While I think the digital landscape will get this mindset eventually, this is an area where traditional measurement companies can contribute a lot from their experience. There’s a huge opportunity in going beyond simple impression reporting to show unique impressions within a timeframe for a certain demographic or geographical area.

GD: What are the biggest challenges with moving toward a digital GRP model?

WO: People love digital for its precision and accuracy, but there are still some things that are very hard to measure.  Tying audiences and content together, and developing the metrics for that measurement. Who is actually aggregating it and providing the uniqueness? Then you have privacy concerns, and all the mechanisms for receiving content and messaging: on a mobile phone, on a PC, on a tablet, etc.

Getting accurate information across all the different devices is challenging. And that’s where having a panel of folks opt in to be tracked provides useful information to the advertisers. You should be able to present a known set of people and their demographics, and then extrapolate what a larger group is doing from that sample set. There are companies doing this, but none of them have caught on yet.

The key for the GRP at the content level is that it represents a percentage of your universe, your percentage of voice. Of the audience you could potentially reach, how many saw it? That makes the math for the reach and frequency calculations easier for advertisers. Getting that information surfaced will be a boon for digital media and will help the overall understanding of metrics.

GD: Is it possible to know your share of audience in a digital world that seems infinite? The audience is arguably anyone connected to the Internet. How do you narrow that down?

WO: You need to set up what you want your “universe” to be. They know that a certain number of luxury vehicles are sold annually, so they know the number of people they want to hit this year.  I can do a little bit of math to figure out what population percentage that is, and then I can say I’ve reached this number of “GRPs” with my advertising.

It’s challenging to calculate against the total audience that I can deliver that message to. But there are feedback mechanisms from sales and other channels for understanding who was reached and its composition. I don’t know if it’s ever going to be perfect, but I do think it will help the advertisers understand what they are buying from the digital community.

GD: What you’re talking about sounds like a melding of current digital measurement techniques with more traditional ones.

WO: Ad buyers have a lot more insights from data than the sell side does. They have consumer data from credit card purchases and other mechanisms. They spend billions of dollars on “attribution” and figuring out what convinced a person to buy. Publishers need to gather more of this information.

GD: What’s the first step for publishers? Is it teaming up with one of these third-party measurement companies?

WO: Yes, the publishers need to license data and understand how the buy side is using it. It’s a little easier in digital when there’s a “call for action”—when there’s a click, the publisher gets data. That banner or text ad empowered the consumer to take an action, which is a great feedback mechanism into what’s working and what’s not.