“You can’t deny the impact of disruptive technologies in the advertising landscape,” says Jeremy Lockhorn, former Mobile Lead at Razorfish. “The Internet, the smart phone, social media, AR/VR/MR, artificial intelligence, and soon 5G. Each of these new technologies (among others) has fundamentally changed consumer behavior and offered an entirely new set of capabilities for brands that necessitates changes to advertising, marketing and overall business strategies.”

During his Vancouver Publisher Forum keynote address, “5G and the Golden Age of Interconnectivity,” on Tuesday, August 20, Lockhorn will address what adoption of 5G means for advertising technology and publishers’ digital revenue efforts and why it’s never too early to start laying the groundwork for it.

Forty years after the first generation of wireless standards was launched in Tokyo, Japan, businesses and consumers alike are on the edge of their seats waiting for the speed of the highly anticipated fifth generation (5G). 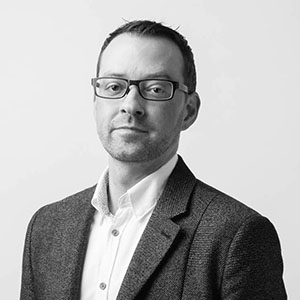 And if chatter about 5G at major trade shows over the last three years is any indication, we have every right to be excited.

“We have seen some interesting use cases for 5G, but no one really knows what it’s going to do for them. I fully expect we’re going to see things that we haven’t even dreamed up yet,” says Lockhorn.

While businesses may still be figuring out the best use of 5G, consumers are looking forward to faster download speeds for large files—feature-length films, for example – and more control over their remote devices. Lockhorn speculates that 5G will become the fabric on which IoT is built. And as devices more actively capture data, they will be able to offer needed services before you even ask for them.

“Think about the way the phone has already become the remote control of so many aspects of your life,” says Lockhorn, “As 5G is deployed on more devices, these types of experiences will be taken to the next level.”

5G still has a way to go, though, in terms of both speed and adoption.

“Though 5G has a theoretical maximum speed of 10 gigabits per second, in the real-world, we’re nowhere close to that,” says Lockhorn. “Early tests show speeds ranging from 600 or 800 megabits per second to 1.5 gigabits per second. That’s still faster though—orders of magnitude faster—than most 4G connections.”

But according to Lockhorn, “Even in today’s 4G world, the target load time for pages on mobile devices is under three seconds, but few sites are actually hitting that mark. 5G will accelerate transfer speeds, but it’s not going to fix other things that impact load times – like server or browser processing times and other infrastructure. To meet 5G-era consumer expectations, brands, publishers and adtech alike must take a holistic look at page load times .”

While Lockhorn explores the 5G frontier, he’s also blazing his own trail professionally in the advertising industry.

His passion for advertising started at Ohio University, when he recognized the field as “an interesting marriage of technology, art and science.” Lockhorn was particularly taken by the work of Howard Gossage, dubbed “the Socrates of San Francisco,” who – along with peers like David Ogilvy – was a pioneer in turning advertising into something people could interact with – well before digital was a thought in anyone’s minds. “Here he was in the 1950s and 60s working with media that were inherently passive, but he came up with a philosophy that if you can get someone to interact with an ad, it would be more effective,” describes Lockhorn.

“I remember sitting in a classroom studying these industry legends forcing interactivity out of passive media, then going home to log on to CompuServe or AOL or whatever – and I was struck that we were witnessing the birth of a new media format that was – by its very nature – interactive. The opportunity to apply Gossage’s philosophy to an entirely new set of capabilities was clear and very exciting.”

More than 20 years later, he believes there is still room for improvement. “Even today, I’m flabbergasted that there’s not as much interactivity in digital as there could be. The industry is still – for the most part –  using a traditional philosophy of advertising. We can do better.”

Lockhorn joined founder Brad Aronson as the first full-time employee of i-Frontier a year after Aronson started the company in his own apartment and at a time when the advertising industry was shifting over to more of an interactive mindset. That agency grew to 115 people and in 2002, was acquired by Avenue A. The company eventually grew to be one of the largest and top-rated digital ad agencies in the United States, SapientRazorfish.

Lockhorn, a self-proclaimed “geek at heart,” has always had a passion for emerging technologies and an innate curiosity about how technologies work. He’s also built a certain skill for understanding the implications of technology from a consumption and general consumer behavior perspective.

“For me, it’s mostly a gut feeling that then gets backed up by research,” says Lockhorn, “There’s a triangulation of understanding – or equation – for what technology (or applications of technology) is going to work, be big, and cause breakthrough change versus something that’s just empty hype.”

After more than 20 years at the same company, Lockhorn launched his own consulting business in late 2018. Drafting off of his longtime Twitter handle (@newmediageek), he’s dubbed the new company “NewMediaGeek Consulting.” It provides a range of strategy, innovation and marketing services to brands, agencies, publishers and startups.

Lockhorn reflects on the ever-evolving media landscape: “Enterprises are facing a challenging new reality—where technology disruptions continually change how the business communicates with and engages its end customers. Just when you think you’ve mastered one thing; the next wave of disruption comes along.  You cannot fix one thing and think you’ve got it solved. You must systemically address the pace of change.”

And 5G is one of those disruptions he’s talking about.

“5G is coming,” says Lockhorn, “It’s going to be disruptive and transformational. And there are signs that suggest it will be here at a faster pace than experts predicted a year ago.”

Are you ready for it?

Join Lockhorn at Publisher Forum Vancouver 2019 for more insights into 5G and how advertisers and publishers can prepare for this new frontier.

To better understand the role fill rate plays in publisher revenue efforts and what factors have the greatest effect on the metric, AdMonsters surveyed around 60 publisher revenue specialists from a variety of publishers during the month of September 2019. The results showed that while limiting demand partners is a…