You only need to break down the financials of the first billionaire rapper, Jay Z, to realize that Hova’s reputation as the king of rap is what makes him a lucrative business juggernaut, not the revenue his music generates.

Most of the Jiggaman’s financial success comes from converting fans into customers and expanding his buying audience through other ventures including liquor, apparel, Tidal, Roc-A-Fella Records, Roc Nation, and, most recently, his cannabis and fitness plays.

He’s not the only one. Drake, Rihanna, BTS – these are the new brand creators that are driving and dominating Millennial and Gen-Z spending because they behave differently than the traditional, known players.

This trend in profit and brand expansion is not isolated to the music industry. It’s the writing on the wall for what media companies should and need to do with their brand prowess. What you read/ watch is as much a part of your personal brand as the music you listen to and the clothes you wear. If publishers want to remain in business through the 2020s, they need to embrace this brave new world and bring readers into their brand.

The DNA of what makes a media brand has changed dramatically since the advent of social media. Artists and social media influencers are accruing audiences and engagement that is frankly unheard of when it comes to what we’ve seen previously from traditional media companies.

Publishers should be taking note because these new media players aren’t making their big bucks by taking advertiser dollars or via subscription models. Instead, they are leveraging their audience base to extend their brand and break into new ventures and revenue streams.

Similarly, publishers can leverage their editorial reputation and translate it into products, services and experiences that will drive revenue and relevance. This new generation of readers and consumers has a voracious appetite for brands, but they have new expectations regarding how their purchases should serve them.

Millennials and Gen-Zers are more likely than any other demographic to exhibit these three key behaviors: higher demand for brand activism, desire for more authenticity and transparency, and greater willingness to pay a premium for personal branding opportunities.

A recent report from LinkedIn finds that 83% of working millennials want to see companies taking at least one of eight possible brand-actions when it comes to corporate activism.

It’s important to remember that change for the sake of change is never a winning strategy. Any brand extension or shift in operation needs to be 100% authentic so that it’s perceived as an evolution of the brand, rather than pandering to the public.

This confluence of behaviors and desires leaves a massive opportunity gap for publishers, who can naturally meet all three of these key evolutions in consumer behavior.

Approaching change with authenticity is the best way to preserve your brand and its legacy. Millennial and Gen-Z audiences are hyper-sensitive to inauthenticity, as seen by the backlash over certain brand actions at the start of this summer’s Black Lives Matter protests.

This confluence of behaviors and desires leaves a massive opportunity gap for publishers, who can naturally meet all three of these key evolutions in consumer behavior.

Those who have begun experimenting with this type of brand extension are already seeing the rewards.

Conde Nast in particular has been aggressive on this front with 23% of their business coming from non-editorial revenue streams including $50 “gift boxes” of fancy deodorant and toiletries to GQ fans and the recent launch of The New Yorker store. That’s up from 17% in 2019, and it’s anticipated to reach 30% by 2024.

Merchandising and retail present massive opportunities to publishing brands, but this is not the only industry that media companies should break into. Brands have long been tapping into the experiential economy, and some publishers have begun adopting this as well.

From the New York Times cooking lessons to Refinery29’s 29 Rooms, these community-as-service activations have upped-the-ante regarding what clever and creative brand reinvigoration looks like and provide new avenues for publishers to connect with their readers.

These new content formats extend beyond experiential with many publishers from Vox to the New Yorker investing in “spin-off” shows on platforms like Netflix and Amazon.

Pubs Streaming Partnerships on the Rise

Streaming platforms have long been investing in original content, but these new bespoke series are coming from publishers who are extending their editorial savvy and brand into longer, richer media forms like mini-documentary series, podcasts, and video journalism.

Vox, in particular, has been active in content expansion having launched Explained on Netflix, the podcasts Today, Explained, Future Perfect and Land of the Giants, and their YouTube Original series Glad You Asked. And Vox is by no means slowing down. They’ve already publicly stated their television ambitions to grow with partners that include Netflix, YouTube Originals, and HBO, and are planning to launch several new podcasts in 2021.

Amazon Video is investing in new types of content like documentary series and concerts and is partnering with publishers to create mini-series, most notably with The New Yorker Presents.

And of course, it would be remiss not to include Vice in this list, as it can be argued that Vice’s investment in media, particularly their international coverage and shows, was somewhat of a tipping point for an industry that’s long been ignoring the generational shift to video-based content.

The trick, however, is to think holistically about the experience your brand provides, extend that out logically, and find the opportunities that make sense for the brand and to its readers.

Gen – Z is used to freemium content and streaming bundles that as an industry, we have never had to deal with before but we’re in the thick of it now.

For publishers laying their eggs in the baskets of advertising and subscriptions alone, death is only a stone’s throw away. Media companies need to provide experiences and personal opportunities to retain relevance and revenue.

This may not be a completely novel trend – let’s not forget about the Monocle Café in London and National Geographics investment in merchandise– but few have taken full advantage of the opportunities this presents.

For media companies looking to expand their revenue streams, there are only two questions to ask yourselves: how creative and entrepreneurial do you want to become and what do you need to do to get there authentically.

Conde Nast’s success is not an anomaly—it’s the tip of the iceberg, signaling an exciting, new path for an industry that has long been struggling. 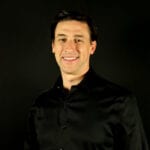 Jimmy Hutcheson is the CEO of Next Management Partners, an LA media investment firm. The firm acquired SPIN from Billboard in early 2020. Prior to Next Management Partners, Hutcheson headed investor-backed digital publishing company, RumorFix/ Hutch Media, which was comprised of a dozen publishers including RumorFix.com. Hutch Media was acquired in 2015 by Zealot Networks, the founders of Maker Studios. As an EVP at Zealot, Hutcheson led strategy and business development efforts for Zealot Networks’ digital publishing assets, including ViralNova.com, and the Mark Cuban-backed video ad-tech firm, Allscreen. Hutcheson currently serves as a managing member of Snakkle.com, a venture he co-led alongside Rich Battista, former president of Time Inc and FOX. Hutcheson was also a senior advisor to high-growth tech/consumer Internet & Publishing companies, which have included The Los Angeles Times (Tribune), Inked Brands (a Bertelsmann-backed influencer venture), and Investor’s Business Daily. He was on the Advisory Board of nRelate which was acquired by IAC’s Ask.com. Jimmy earned his Bachelor of Science degree in Business Administration, with a minor in Marketing, from Pepperdine University. He served on the board of the non-profit, Saving Innocence, and also on the event committee of non-profit, First Star.