We’ve all been there; you just received the third party ad server report(s) for the campaign that, according to your ad server, has been delivering on target, only to discover that the third party report is showing under delivery.  The problem is that you’re billing the client based on their reporting.

In some cases, you’ll launch an investigation to pinpoint the cause of the discrepancy if it’s egregious.  In others, you’ll see if you can make up for the delivery in the form of make goods or in-flight adjustments.  More often than not, you have no choice but to take the hit.  Multiply this by all of the campaigns you’re running with billings based on the third party reporting system(s) of record, and it all adds up to lost revenue for you and your agencies.

If you’re lucky, you’ll receive direct access to the third party reporting systems allowing you to view the reporting as often as you’d like.  Sometimes the agency will add you to a recurring report distribution.  In some cases you’re essentially running blind until your agency counterpart alerts you to delivery issues.  Even in the best of scenarios with direct access to the reporting, who is logging into all of these third party systems and looking at these reports and comparing to the first party ad server?  Is it often enough?  Who is acting on the data?  It’s a big problem. 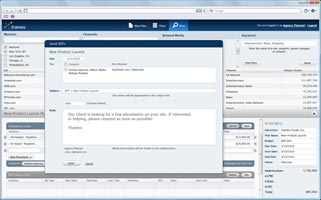 At Centro, we mitigate these risks through Transis – the automated media buying and execution technology that powers digital media services for us and our clients. Transis was designed to facilitate the entire online media buying process and campaign lifecycle.  Last week marked the public launch of Transis at the AAAAs Transformation 2010 event in San Francisco.  For the first time, Transis will be available to agencies and publishers beyond Centro.

Transis works with all major ad servers, compiling ad serving data for all campaigns, allowing ad ops users to easily access, monitor and act on performance data via a single dashboard on a daily basis.  Through Transis, users can set delivery pacing alerts to receive notifications when delivery falls below specified thresholds – enabling ad ops to focus first on the campaigns that most need attention.   From here, users can compare the data with the first party ad server to determine if there is a discrepancy that warrants an investigation and work to optimize the campaign.  In either scenario, the team has the information and the ability to address and resolve the issues before it’s too late.

The net result is that you have constant access and are working with the accurate and current impression data at all times, allowing you to more effectively manage your campaigns, saving hours spent attempting to identify and resolve discrepancies and thousands of dollars in lost revenue due to under delivery.

For organizations that are participating in the IAB Impression Exchange, Transis can simplify the implementation as it can serve as a single integration point for a myriad of third party ad servers. Transis is also IAB compliant with the E-Business Standards.

What has enabled the Centro Ad Ops team to be successful in achieving the delivery rates that we do (average 98%+) on behalf of more than 350 agencies and 600 advertisers is that through Transis, we have the ability to constantly focus on the third party ad server(s) reporting for every  campaign – from Sales to Ad Operations to Finance and Billing. Transis gives ad operations the tools and information they need to more effectively and efficiently do what they do best – execution, service, and fulfillment.