Google is at it again, but fortunate for them, they aren’t at risk of fines and penalties for violating ad tech privacy policies this time.

Instead, they recently confirmed the completion of the May 2022 core algorithm update, which concluded officially on June 9. Pubs, have you recently seen a decrease in website tracking from late May to mid-June? If so, Google may be to blame for this.

Google makes hundreds of algorithm updates each year, some minor, some major, and the core updates take place every few months. According to Zib Digital, a leading digital marketing agency in New Zealand, these updates do not target any specific issues. Still, they may establish significant changes in how a website performs and its organic results.

Many factors can contribute to a website’s ranking, and the relationship between ads on the site and the speed of that site impacts website rankings and revenue. Back in 2020, Google mentioned the significance of making sure that there is a significant amount of content “above-the-fold.” If your ads are not placed correctly on your site, it can contribute to substantial SEO ramifications, like penalties and dramatic ranking declines.

As you may know, Google’s core web vitals consist of three components, Largest Contentful Paint (LCP), First Input Delay (FIP), and Cumulative Layout Shift (CLS). The speed that web pages load on your site also impacts your rankings because those heavy page loads can be due to your ad scripts.

The last time Google rolled out a broad core update was in November 2021, but some would argue that Google’s June/July 2021 update was more impactful for websites. If you recall, the June/July update was so massive that Google broke it into two. One took place in June and the latter in July, but how will this update from May 2022 affect publishers and their websites?

A Little Volatility Never Hurt Nobody

In life, everything has its ups and downs, peaks and valleys, and emotional rollercoasters, however put, things will not always be unicorns and rainbows. And while it may be easy for pubs to view their lower website rankings as if Google were coming for them, they should consider it more of a readjustment than anything. Zib Digital reassures publishers that they aren’t being personally attacked by Google, instead reevaluated against other web content published since its last update. 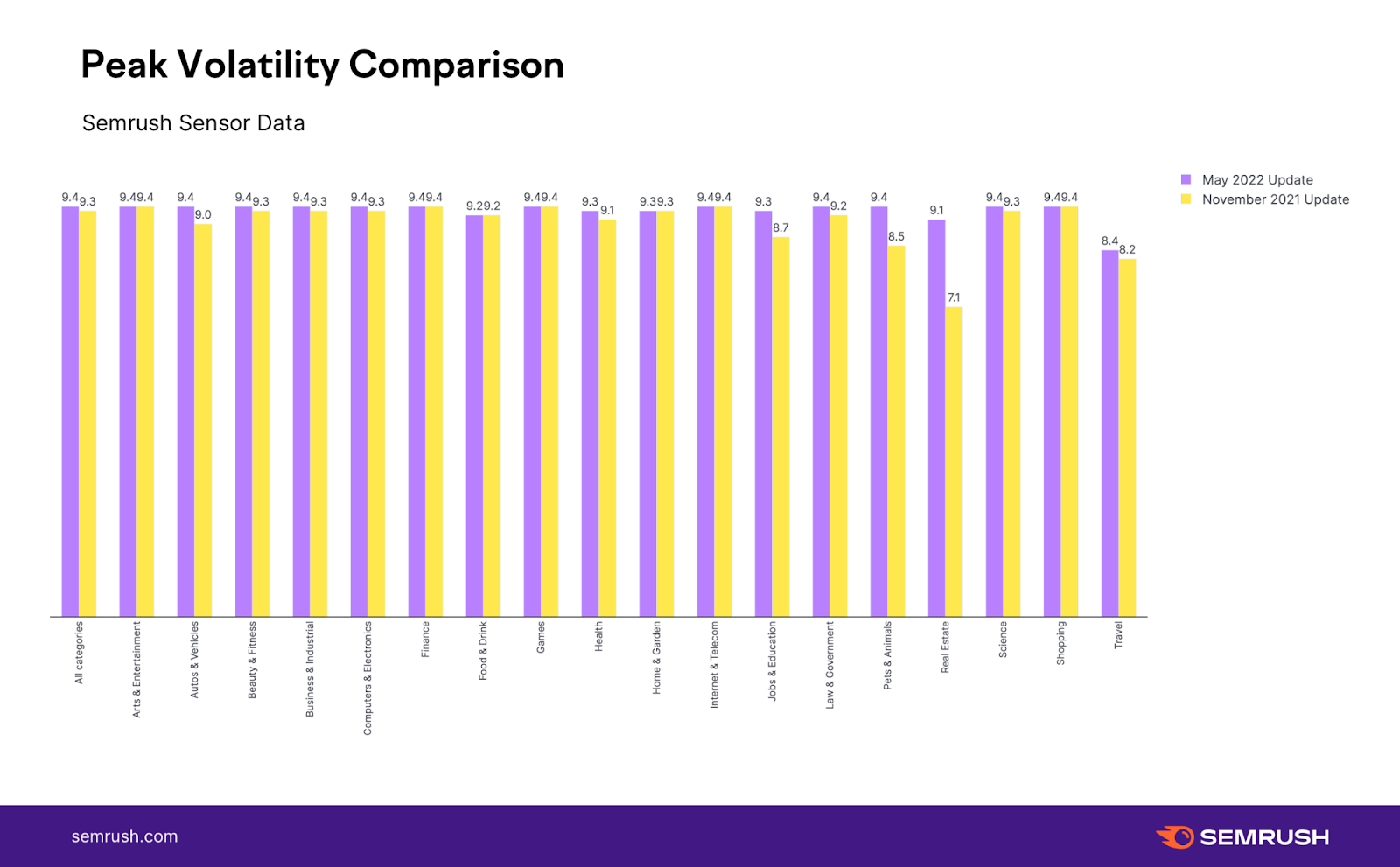 Both are equally as influential when comparing the May 2022 update to the November 2021 update. In May, all the numbers peaked over 9.0, and within Real Estate, we see the May update was way more impactful than November. Overall, both updates appear to have a similar impact on rank volatility, but once we dive deeper, we see things change. 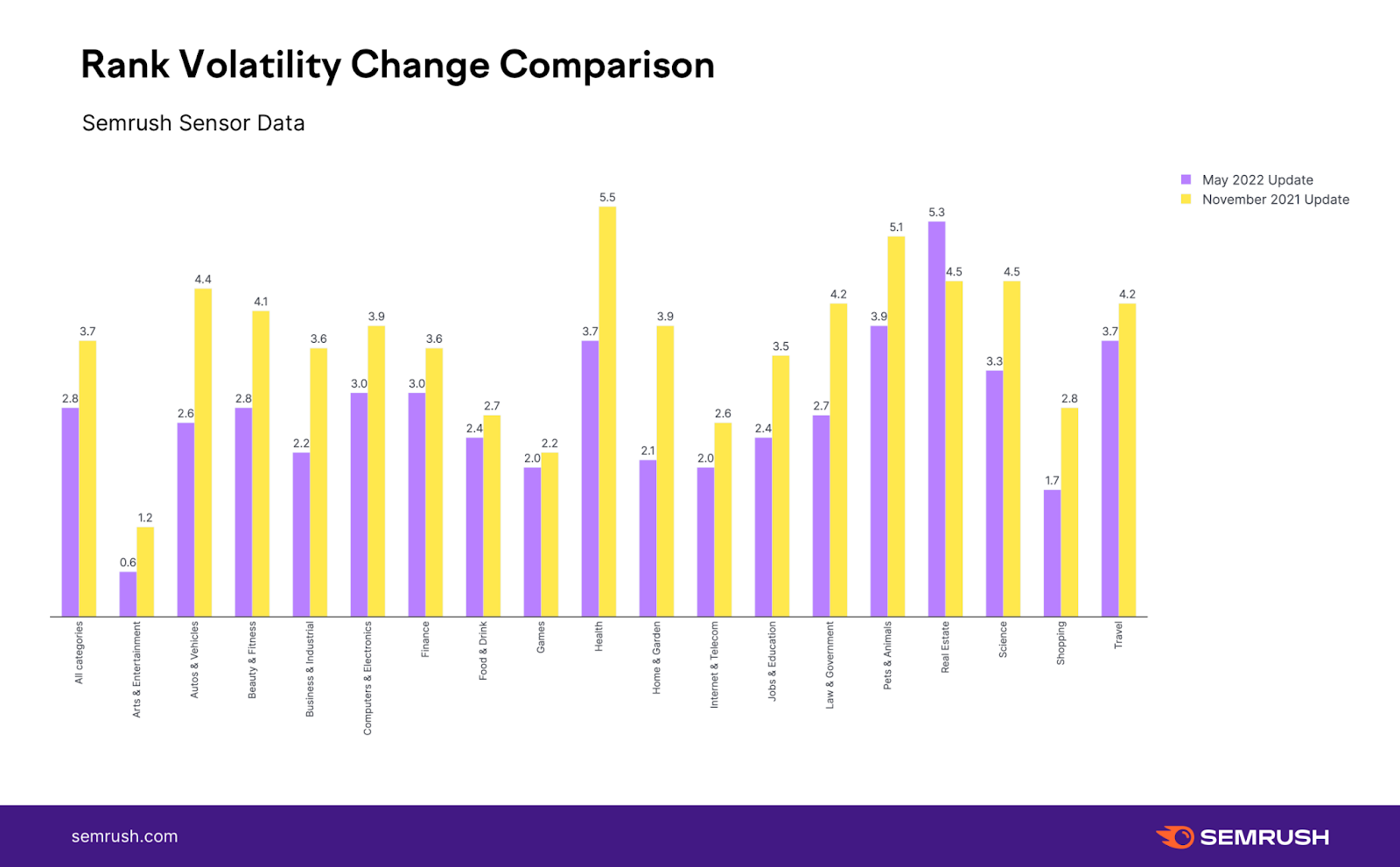 Even though volatility highs were similar during both updates, there was more leg work during the November 2021 core update. There were already instances of volatility before the start of May’s update, so it isn’t quite as impactful as the one in November.

In terms of devices, desktop and mobile numbers during May’s update were similar, and both devices also saw identical peak volatility numbers: 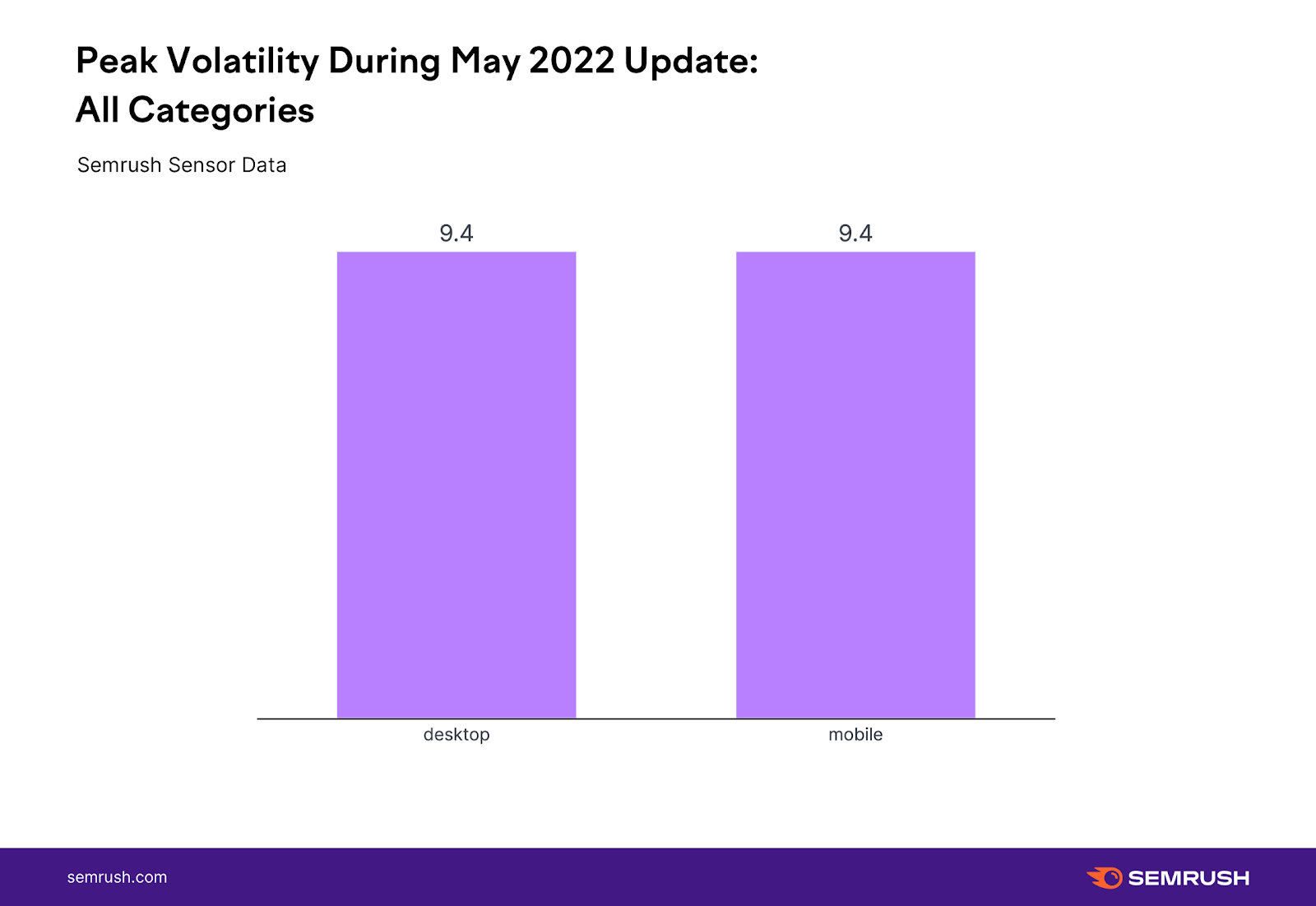 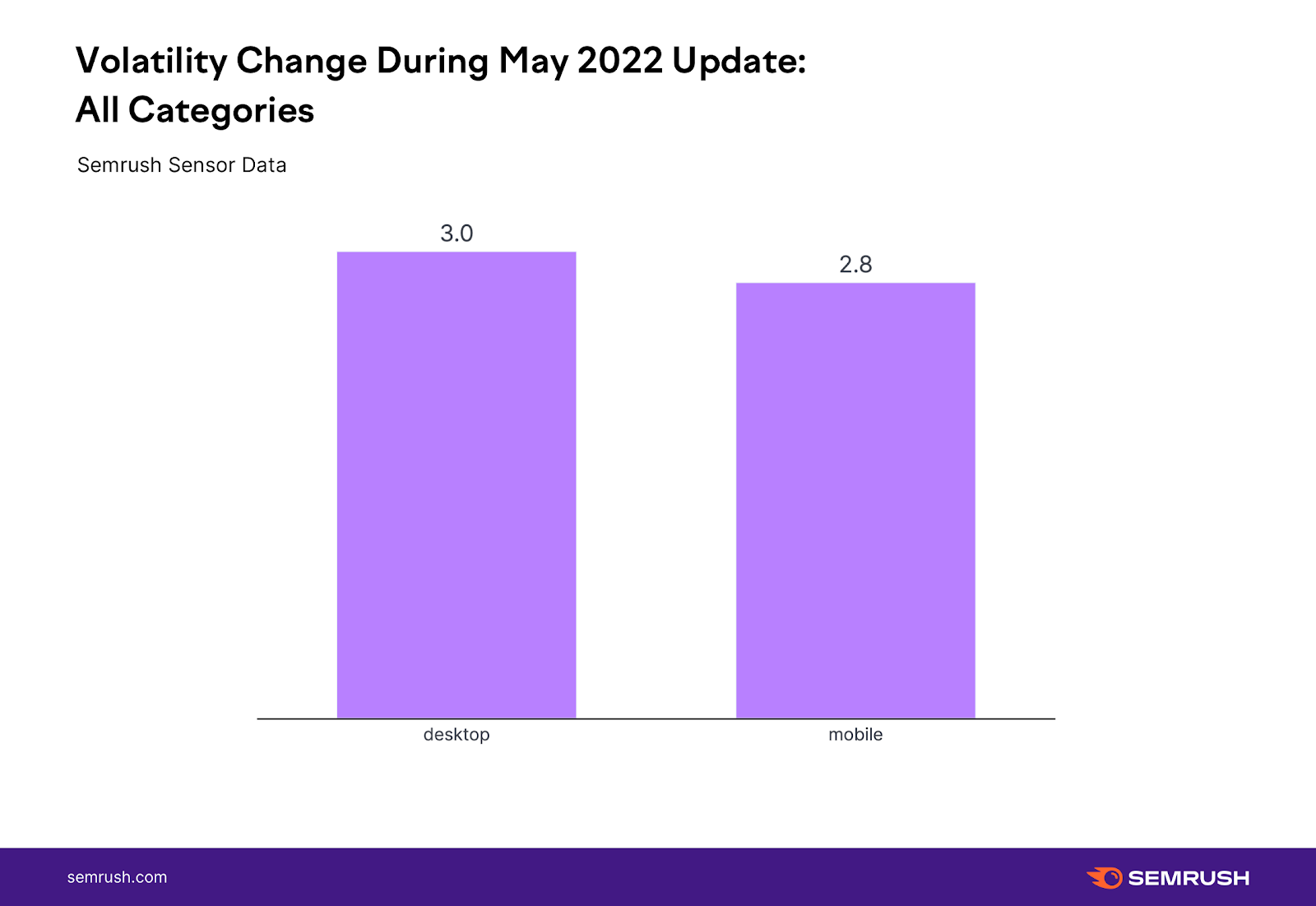 Real Estate was the only vertical in both instances to see a volatility shift of over 5 points across both devices. There were increases of 5.4 on desktop and 5.3 on mobile, but no fluctuations show this update targeted certain niches.

How Can Pubs See Through Google’s Update?

Any update will lead to shifts, and while they can be unsettling, there is no need to ring the alarm. To avoid fluctuations, pubs must keep a tunnel vision to push out high-quality, groundbreaking content. That is the only thing that will set pubs apart. Some aspects were thriving during the May 2022 update: video, content specialization, and search intent marketing.

5 days ago, Google rolled out a significant change to its ranking algorithm.

The May 2022 Core Update is a blessing🍾 for some and a bane🤕 for others.

I dug into the data from @SEMrush and @sistrix to understand what happened.
🧵👇

With the data found in the thread above, one can presume some interesting conclusions about SEO after the core update in three areas that could inspire profound content ideas for your company. Video is a booming component; at this point, many websites know to incorporate video into their written content as there is a big chance to scale your website traffic, lead volumes, and revenue.