The term seemed to be omnipresent at Digiday Exchange last Thursday. “Programmatic premium” – The phrase came up in many sessions and was overheard in chatter during coffee breaks. If programmatic premium had a scent, it would have lingered throughout the great hall of the W Hotel all day long.

During one of the event’s respites, a trading desk pal surprised me by mentioning out loud something that’s been shaking around my head lately – we’ve had a dearth of major innovations in digital advertising. A few years ago, the acronyms were popping out at hellacious speeds – RTB, DSPs, SSPs, DMPs and more. But in the last year or so, it’s been… Well, not that exciting.

Darren Herman of The Media Kitchen penned a blog post the other day with similar thoughts regarding incremental innovations. Products keep getting tweaked, but nothing has really shaken up the ecosystem in a while. Even Facebook opening up its inventory to DSPs didn’t really phase me – if Zuck & crew had launched that long rumored about but supposedly fantastical ad network, I wouldn’t be able to raise my jaw from the floor. (I bet the price of FB would skyrocket as well.)

Not that this space has been a bore – stuff like the looming DNT protocol has definitely kept digital ad folks on their toes. Viewable impressions also have plenty publishers feeling uncomfortable, but it’s really the next logical step for ad verification. It doesn’t leave you with the sensation of, “Holy cow – that’s possible?” that RTB initially gave me. Or when someone first explained the workings of a DMP and I realized data-driven transactions were heading to a new level.

Of course, this lack of seismic activity in an area known for constantly shifting tectonic plates has a lot of us thinking big things are around the corner. It’s been calm for too long, which is why the theme of OPS NY on Oct. 4 is “Macro changes are coming; seize the opportunity.”

One of those changes is programmatic premium – now just what programmatic premium is is still up for debate. It may be the piping to automate the direct sales channel. It can also be injecting premium buys with audience data in the fashion DataXu enabled for Team Detroit and Ford. Some have also suggested private exchanges were a (possibly bungled) attempt to shift a remnant strategy to premium, an awkward first step toward programmatic premium. Oh, and where do audience futures fit in?

This is an area that’s excited me for a while and, during her OPS NY session on building a better trading desk, Christine Peterson of LBi will touch on it. And Sam Cox, VP of Publisher of Publisher and Business Development at LBi, further buoyed my feelings at Digiday Exchange by saying that next year programmatic premium would be a household phrase as we’d all have a better idea how to drive value through that channel.

Jonathan Mendez, YieldBot: “Maybe next year we’ll call this conference Digiday Sex-Change, because everyone here is a little uncomfortable in their current skins.”

This picture from isocket’s John Ramey was referenced in just about every session. 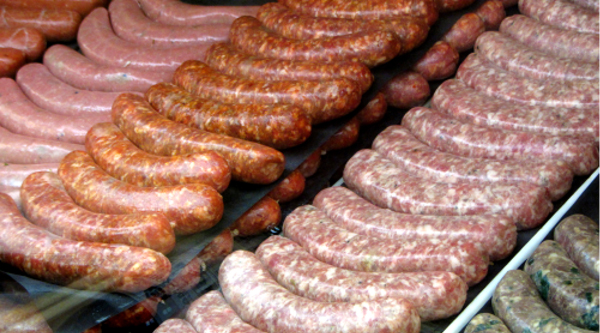 An explanation? Ad tech wankery and hype often drives apathy from buyers – they don’t care “how the sausage is made.” This is understandable given all the smoke and mirrors, but Ramey feels it’s a cop out. Understanding can help cut through clutter, add sharper tools to your kit, make better decisions, lower costs and earn better ROI.

Jeremy Randol, NBC Universal Audience Platform. “We put as much inventory as we can into RTB – we want advertisers to reach the impressions they want.” However, black box algorithms sit in between publishers and marketers.

Vikram Somaya, Thomson Reuters: “With its advent, pubs got schooled on RTB by the demand side. We’ve got a long way to go, but we’re getting there…. Agencies are demanding it, so pubs are forced into it.”

Rick Antoniello, Complex, on private exchanges: “The rewards look great on a percentage basis, but not in terms of overall contribution.”

Mark Trefgarne, LiveRail: Digital video requires more nuance that display when it comes to targeting and what data is ultimately applied. Transferring over display models might do more harm than good.

Mendez: Facebook has flooded the Internet with inventory, one of many factors pushing CPMs to $0. However, publishers still have numerous advantages, the #1 being their brand. They should band together and optimize inventory around what advertisers want to buy – think keywords and content.

Orchid Burnside, Hearst Media, on its single platform strategy and recently installed private exchange: Closer advertiser-publisher relationships get rid of the middlemen. We are teaching our sales staff how to be audience sellers.