“The average user scrolls through 300-feet worth of newsfeeds every day—that’s the height of the statue of liberty,” explains Ryan Pauley, CRO of Vox Media, citing one of his favorite statistics. “How do you build a relationship with consumers when your primary way of reaching them gives you only 1.5 seconds to do it?”

The answer? You earn it.

During his keynote address, Earning It, at the Publisher Forum in Vancouver on Monday, August 19, 2019, Pauley, will examine how publishers can build diverse businesses, develop long-term client partnerships, and push the industry forward.

At the time, he didn’t know much about startups but was intrigued by the opportunity to be in the media industry, working in a fast-paced environment.

In the beginning, Pauley’s role consisted of cold-calling bars to set up meetings for two salespeople who were in the field. “I’d make 100 calls a day and was told ‘no’ 90 times. It was both humbling and a learning opportunity,” he says. 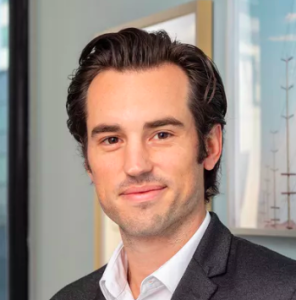 But with just three people on the operations side of the business when he first stepped into the role, Pauley suddenly found himself as the out-of-office contact for the head of yield, head of sales and the controller—none of which were positions he was hired to do.

It gave him the opportunity, though, to be exposed to all parts of the company early in his career—and allowed him to discover that he was more passionate about solving problems than being a stereotypical salesperson.

“It sounds simple,” Pauley says, “But if you can truly solve a problem for a client, then the sales part of the process is a lot easier. You just have to listen to what they’re saying and asking for.”

“A lot of organizations, not specific to media, spend a lot of time and energy on the sales part of the process and less time on bringing products to market to solve problems,” explains Pauley.

It’s his philosophy of solving rather than selling that led to the creation and successful adoption of Vox Media’s revenue platforms like Concert, a high-quality advertising and audience marketplace in partnership with NBC Universal, and Chorus, a publishing, audience and revenue platform used on over 350 sites, like the Chicago Sun-Times.

The Melding of Media and Marketer

“When Vox Media thinks about producing premium ad products, we think about it in a context where the audience is receptive to the message in a non-interruptive way, and that the consumer and the marketer are both served,” Pauley says.

Pauley suggests that this is a much-needed shift in the industry as media companies and marketers are becoming more alike. Media companies have always had direct relationships with the audience and therefore understand the value exchange. Marketers, however, are just now coming to recognize and accept that it’s not just about a single transaction or the buying and selling of products, but about adding value to the relationship.

For this reason, Vox Media chooses to work with partners who have the same level of attention and focus—are “relentless,” in fact—on delivering lifetime value to the consumer.

“If you are just trying to acquire new customers in the cheapest way, Facebook is your best means. If you just want to reach the most people, television is still a productive way to do it. But if you want to build the lifetime value of customers with deep, engaging relationships, that’s where we are the most successful,” explains Pauley.

But the idea of lifetime value means different things to different companies and Vox Media is working with clients to build solutions that create (and measure) value.

“There’s not a brand or an audience in the world that we don’t have something for,” according to Pauley.

Business Models Without the Blueprint

One of the things that most appealed to Pauley when he started with SBNation was the ability to act quickly, and eight years later he continues to value quick-to-market solutions as an important part of the Vox Media model.

According to Pauley, Vox Media doesn’t ask permission. When they see something that doesn’t exist, they go ahead and build it—not for themselves, but for the industry.

“We’re creating business models for the future that don’t even exist today,” Pauley says, “We’re not following any blueprint.”

"If you are just trying to acquire new customers in the cheapest way, Facebook is your best means. If you just want to reach the most people, television is still a productive way to do it. But if you want to build the lifetime value of customers with deep, engaging relationships, that’s where we are the most successful."

“The ability to iterate things quickly is also a much more interesting environment to work in and attracts more talented people,” says Pauley.

Vox Media recognizes, though, that creating new solutions means you have to be open to things that work and things that don’t work—to have a culture that takes risks and deals with both the wins and the losses.

And they’re always looking for people who are ready to take on the challenge as they continue to build this modern media company that stands out from the rest of the pack.

“We want curious, action-oriented people who are ready to play a role in solving problems that help shape the industry,” Pauley says, “We don’t have all the answers, but Vox Media is a place where you can explore and find them.”

Join Pauley at Publisher Forum Vancouver 2019 for more insights into how Vox Media continues to win, by building an exceptional company focused on developing premium ad products and marketplaces, recruiting top talent, and innovating their business and the media industry as a whole.