From late February to May, buzzed buyers are carted from garish affair to ostentatious event, plied at each with swag and booze (but of course!) while networks and broadcasters (and don’t forget web-based content providers) roll out celebrities and musical acts to ornament their upcoming programming. Between drinks and skits, deals are made, orders are signed and an unseemly amount of dollars is committed to ad spend.

While this tradition may seem like a bit of “Mad Men” seeped into the 21st century, the upfronts actually bear witness to a major development in the world of advertising – the convergence of digital and linear transactions. Broadcasters and networks are packaging their content across screens to facilitate advertisers’ multiscreen campaign dreams.

Speculated about in studies and at industry conferences for years, digital-linear convergence is becoming a reality thanks to the ubiquitous nature of video, a “platform-agnostic medium” in the words of Nielsen. And the first major step for transactional convergence is subverting buying and selling silos through digital-linear deals.

WITH THE SUPPORT OF Operative
Run a more profitable advertising business.

Putting the pieces together on the back end, however, is going to be long, tough slog. It requires combining data from multiple systems and enabling disparate technologies to communicate; it requires learning new languages and workflows; and eventually it will require developing new metrics and transaction schemes.

Broadcasters, networks and MSOs are making moves to streamline their linear and digital operations, albeit slowly. This is an area where digital ops must take the lead in what might be the biggest transformation the media industry has ever attempted – because linear-digital convergence spotlights the expanded purview of contemporary ad ops into sales packaging, yield management and finance. 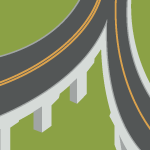 Television advertising is bought at spot rates – the cost of advertising time at an individual network or broadcaster. This is sold on a CPM basis – in television that means a specific piece of creative reaching 1,000 homes or individuals. Not quite the same as 1,000 digital impressions. Linear and digital buying styles simply don’t align, which is possibly the largest hurdle to operational convergence.

Will TV ever move to impression-based buying? Advances in programmatic and targeted TV buying, particularly over connected TV and OTT channels, suggest that future. IP-delivered TV enables impression-buying capabilities, targeted using behavioral or demographic data, but industry observers agree that broadband capabilities are not quite up to the task of supporting the majority of TV viewing. So stop pondering tomorrow because you need to drive change today.

The introduction of digital GRP metrics – notably Nielsen’s Digital Ad Ratings (formerly Online Campaign Ratings, or OCR) and comScore’s Validated Campaign Essentials (vCE) – have established TV and digital video on the same playing field, and can be seen as a catalyst for the boom in digital video advertising over the last few years. While linear and digital may have different systems of selling, they can transact on the same currency – guaranteed in-demographic.

A universal audience measurement tool enables sellers to push a linear buy concept across all screens, offering advertisers a consistent audience targeting approach. “If you are hitting your target audience across the board, then you’re having success,” comments one ops professional.

It’s akin to digital media companies laying out a red carpet for TV advertisers, inviting them to buy in the way they’re accustomed on “new” channels. While the demand side has instigated change in transactional methods in the past (think programmatic and RTB), it seems the supply side is leading the charge here; sellers must propel the transition by showing advertisers that multiscreen buying is in their best interest: for cohesive campaigns, transactional efficiencies, discounts, etc.

The publisher’s first commandment still rings true: know thy audience. Just make sure you know them on a demo level.

Unfortunately, operational efficiencies for streamlined multiscreen orders are pretty much non-existent. Though some digital order management companies have built out support for linear orders, most digital media companies have separate workflows. Dicing up orders isn’t entirely manual – for example, a company might have a hack to strip out digital components from a linear order after being entered into the CRM at the top of the stack.

Developing a linear buy scheme across channels requires digital operations to understand how TV is bought today to build a bridge between the two worlds. Digital ops needs to be collaborating with their linear cousins – they need to ask questions like: how is inventory being packaged? Why do buyers select what they do?

TV workflow is longer than digital with more people involved. Stipulations abound when it comes to creative revisions. By contrast, digital is very flexible – campaigns can be optimized based on the prior day’s performance (or even the prior hour’s). Information doesn’t flow so fluidly in the TV world, namely because information passback is slow. While they are faster than before, Nielsen ratings posts still lag. All in all, TV schedules must be locked down earlier.

Further complicating matters is the challenge of creating consistent messaging across multiscreen campaigns. While digital creative changes often, TV stays static for long periods. Keeping track of fluctuating assets on a multiscreen level can be a chore, but the adoption of Ad-ID could create great workflow efficiencies.

A key step for back-end linear-digital convergence is putting all the inventory in one place – building a centralized depository for inventory, if that makes it sound fancier. Linear TV, digital video-on-demand, mobile video, you name it. Not many (if any) companies have the technology to wrangle all this inventory into a central location. It’s next to impossible currently to bring in a linear spot line to transform into an impression.

In addition, monetizing VOD consistently is a hassle because it’s difficult to predict user behavior – will they record a program with a DVR (where they can skip through the commercials) or watch it on demand (and be subject to advertising)? New products from a variety of vendors (Google, Videa, Clypd) aim to ease forecasting woes, but use trends are still shifting and show no signs of settiling.

Beyond that, uniting the ops reporting into a master database will help you realize opportunities for advertisers. Broadcasters and MSOs are working on it, but once again it requires building links for disparate systems.

As one operations pro put it, “It’s tough to bring the story back together and show true acquisition when merging the two products as a package.”

Plenty of tech providers would like to be the trailblazer in building a combined workflow for linear and digital. Certainly excited conversations about potential solutions occur regularly, but tangible progress is scant – the demand for such tools is still not high enough. So much money still sits on the TV side: Strategy Analytics estimates that U.S. advertisers will spend nearly $80 billion on TV in 2015, compared to $53 billion in digital.

The development of converged workflow tools requires advertiser to be interested in buying larger amounts linear-digital packages. But that calls for a fundamental shift in transactional strategy. Typically media company account executives work digital video or linear, and agencies have both linear and digital video divisions.

Recalling the upfronts, we increasingly see these teams are working together. Further supporting the multiscreen buying trend is the fact TV spend is actually expected to drop in 2015 (only 0.4%, but still) after years of nearly flat growth, while digital video spend continues its upward momentum. AdMonsters has long postulated that digital video is not replacing TV spend, but supplementing it.

Driving advertiser interest in multiscreen campaigns also requires media companies to offer linear-style buying across all screens to enable a consistent audience approach and then evangelize the advertiser benefits. This convergence ain’t just going to happen without a push.

It’s important that sales – and ultimately the buyers – not get weighed down by the operational muck on the back-end, which threatens to shift focus from the fact that the same audience is hit no matter which screen. As operations and tech providers help streamline the sales process, sellers can lean less on ops and the home office and more on their toolkit.

When it comes to cross-screen selling, your salespeople don’t need to know how the hot dog is made, a source says. They just need to be 100% confident they can deliver it.