“We haven’t always been a big fan of programmatic or arbitrage-oriented stuff,” says Rich Antoniello, Founder and CEO of digital media company Complex Networks, “But if you want to buy the unparalleled, targeted strength of our audience, you have to make a large-scale commitment to us that encompasses things other than programmatic.”

During his PubForum+ Keynote, “Tomorrow’s Publisher Today,” on Tuesday, December 8, Antoniello will share how the company’s multiprong strategy of building a fervent community, revenue diversification, and embracing new platforms have made Complex a publisher ready for whatever the future brings.

Sizing Up a Coveted Demographic

“When we started Complex as a magazine, we had 18 pages of sneakers. People laughed at us,” says Antoniello, “But we created a new topic/sector with a truly differentiated audience.” 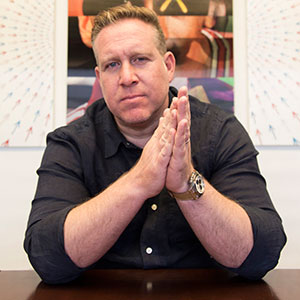 Though the iterations and platforms have changed, with hit shows like “Sneaker Shopping” and “Hot Ones,” Complex sticks to the topics it knows and uses it to stay young and relevant while starting new and different conversations with their largely 18-24 male demographic.

These deep and meaningful conversations within the Complex community help build a loyal and consistent consumer base that actively seeks out the content topics they cover.

Complex’s conversations are also sought out by the media.

“Some media brands make news and others report on it or react to it. Reacting makes you chase and we don’t do that. We’re the ones telling people what’s going to be hot, which makes us newsworthy to other media.” Antoniello says.

Antoniello’s deep appreciation for conversations with the consumer can best be attributed to his time selling advertising at Men’s Journal and Rolling Stone.

“The one thing that Jann Wenner [founder of Rolling Stone and Men’s Journal] doesn’t get enough credit for is the unparalleled quality of journalism he offered that got conversations started in music, politics, fiction and lifestyle. It was best in class,” says Antoniello.

In Antoniello’s time with those magazines and while working with luxury brands at Saatchi & Saatchi, he learned not just how to sell advertising, but how to become a brand steward of that product and ultimately sell the relationship (and the correlated premium audience).

According to Antoniello, the discipline and rigor to accomplish this level of stewardship is not something a lot of companies are willing to do from an effort or investment perspective.

Complex’s unique content and sales strategy have paid off for the company, but not without challenges.

One Size Doesn’t (and Shouldn’t) Fit All for Advertising

This diversification enables us to not rely on the scale-reach arbitrage game that a lot of companies are playing while monetizing in the most premium way possible. The more content-oriented you are, the more top-of-the-funnel you tend to be. And the more top-of-funnel, the more revenue opportunities you have.

“At the end of the day,” says Antoniello, “There’s never been a generation that is more brand-conscious, but less brand-loyal than now.”

Complex embraces that demographic and its fickleness as both a challenge and an opportunity to constantly differentiate themselves to their consumers and their advertisers.

When Antoniello sold the business to Verizon and Hearst in 2016, Complex was similar to most publishers with 98% of revenue being advertising-driven. In the last three years, though, that number has dropped to 48% while significantly growing the overall top-line revenues.

Built like a linear cable channel, Complex Networks has 33 daily and weekly shows with sponsors built into the shows across all platforms. Sponsors for these programs buy the interest and audience from that brand at a premium, allowing Complex to create more long-form content that can then be turned into more sponsorship opportunities. This is Antoniello’s top-of-funnel approach to advertising: growing the size of the entire funnel—therefore, growing the absolute number of conversions and overall potential consumers versus operating a pure bottom of the funnel arbitrage play.

The company’s decrease in advertising as a percentage of the overall revenues (which ALL lines of revenue have consistently increased) has also been the result of their large-scale ComplexCon events as well as premium licensing and syndication and burgeoning e-commerce business.

“This diversification enables us to not rely on the scale-reach arbitrage game that a lot of companies are playing while monetizing in the most premium way possible,” Antoniello says. “The more content-oriented you are, the more top-of-the-funnel you tend to be. And the more top-of-funnel, the more revenue opportunities you have,” he adds.