At the time of writing, the date for the UK to exit the European Union is October 31. Between now and then you’re likely to see the term ”Brexit” written many times, in many articles and in many contexts—the vast majority of them negative.

But this is nothing compared to the 45th President of the United States. President Trump is a gift to content writers around the world.

So how do you make sure your ads avoid the growing deluge of articles bemoaning Trump and Brexit? The answer is… don’t avoid them. Steer around them instead.

The first time I saw the term Brexit was in 2012, when no-one quite knew what it meant. Donald Trump, on the other hand, has been in the news consistently over the years, but since the 2016 Presidential Race his outbursts have fueled the news media. “Trump,” as a Google search trend, leaves “Brexit” in the dust.

As we head into the beginning of the next presidential race, the term “Trump” will be mentioned in articles relating to just about everything, from politics, trade, the economy, entertainment, the environment, and on and on.

This, no doubt, is exactly how he likes it. Advertisers, however, may not like it, and may want to steer well clear of anything Trump-related until November 3, 2020—and probably well beyond that.

Given all of this, digital advertisers may be thinking that the best thing to do is to avoid the term “Trump” at all costs, but doing so could mean that your ads miss out on an awful lot of potentially lucrative revenue. So how do you avoid anything to do with Trump when it comes to semantic keyword matching?

The answer is: don’t.

Let’s say you want to target potential holiday-makers and vacationers in the next few months, when the news is full of Trump and Brexit on both sides of the Atlantic. You would like to avoid advertising on articles relating to politics, chaos, scandal, outrage, and so on.

A simple solution would be to add the term “Brexit” or “Trump” to your blacklist of terms to avoid. However, this tactic is a sledgehammer to crack a nut, and means that your vacation and travel-related terms won’t match these real-world articles:

Don’t avoid Brexit or Trump-related context at all, but spin your terms towards matching positive context. Give your campaigns the best chance of matching context that will be of genuine use to holidaymakers and travelers, and you could match articles such as these:

Here are some examples from my own quick search:

By not ignoring every article which contains the term “Trump” or “Brexit”, and by choosing your terms carefully, you will sleep easier knowing that your ads are steering around the negative to match content that is positive and relevant.

To paraphrase the President himself, “if you see what’s going on the Internet, if you listen to the Internet,” you’ll be “proven out bigly.” 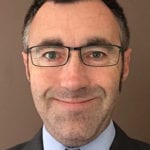 "Bob Cox-Wrightson is an expert in semantic contextual targeting. He was an early employee at Grapeshot, where he worked from 2011 to 2018, as the originator, editor and custodian of a multi-language global contextual taxonomy. Previously he held many different roles in publishing, gaining an MA in publishing in 2011, and was a key member of an early search engine pioneer, working closely with innovators from the Cambridge tech cluster. Follow him on Twitter at @bobcw, or on LinkedIn at https://www.linkedin.com/in/bobcw/