Now we’ve explained the possibilities of “audience efficiency” to drive the highest lift for any target reach (read parts 1, 2 and 3), we ought to explain its limitations. They are borne out of the methodology that has to be used to identify the anonymous interests and intentions shared by users – and therefore audience segments – most likely to work for any one advertiser.

Remember that to identify the behaviors that are characteristic of a user more likely to be in the target audience for a brand, the advertiser must first provide their own data on that target audience, whether it be people that visit their site, register or buy online – or even via offline shopping data. Those audiences are then found on the targeting provider’s own data network and their behaviors across the platform identified. From this we can see what behaviors an advertiser’s customers demonstrate and build out audiences of users that show those same behaviors.

However, this methodology has some limitations. Mainly because, for it to work, there has to be meaningful overlap between the audiences an advertiser provides with the users on the advertising provider’s platform.

There are three major challenges:

1. The whole methodology does not deliver insight into the combination of different behaviors that would form the best audience for an advertiser to target. It only provides insight into the relative lift of individual behaviors. Our Audience Efficiency model is how we get the former from the latter.

2. Because of the need for overlap, it can be applied only to advertisers with large enough site audiences or that are able to identify proxies to their customers for analysis. Small advertisers or advertiser in smaller international markets may not be large enough to run this analysis without dropping the statistical significance test which will, by definition, let through more noise.

3. If the data network has insufficient breadth or depth it will neither have enough overlap or relevant audiences to show up. Data networks in smaller markets will need to work harder to maximize scale.

Let’s look at how all this works in greater depth. 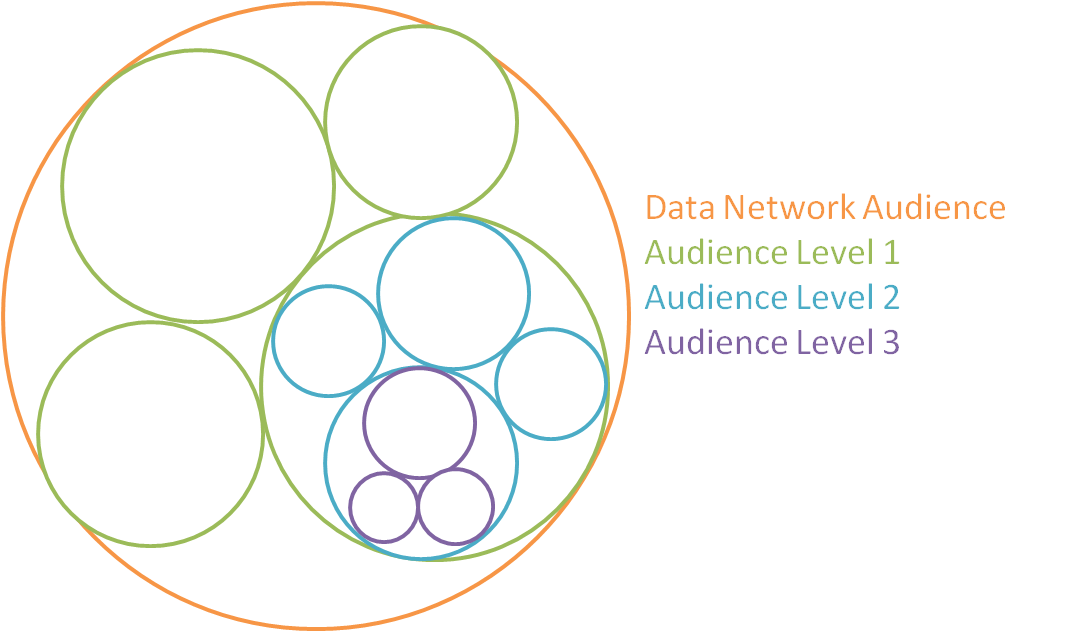 We can visualize a simple data network as a nested set of audience segments The overall data network is the outer circle, or parent, with “nested” audience interests and intentions. The size of the circles represents the relative reach of the topics with increasingly granular topics nested within their parents. 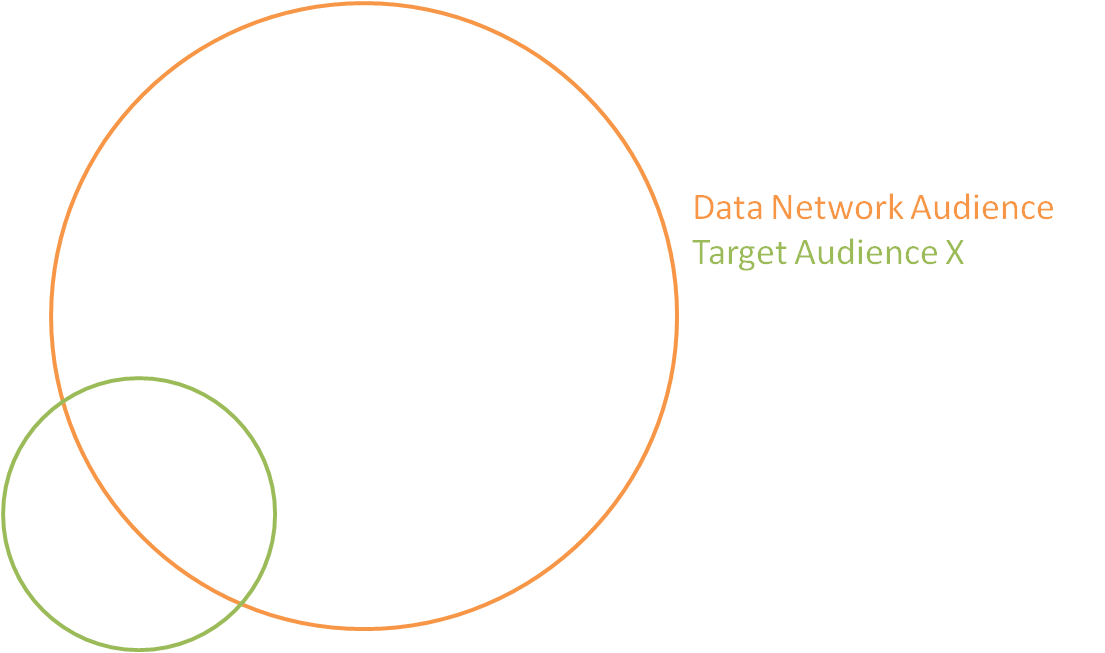 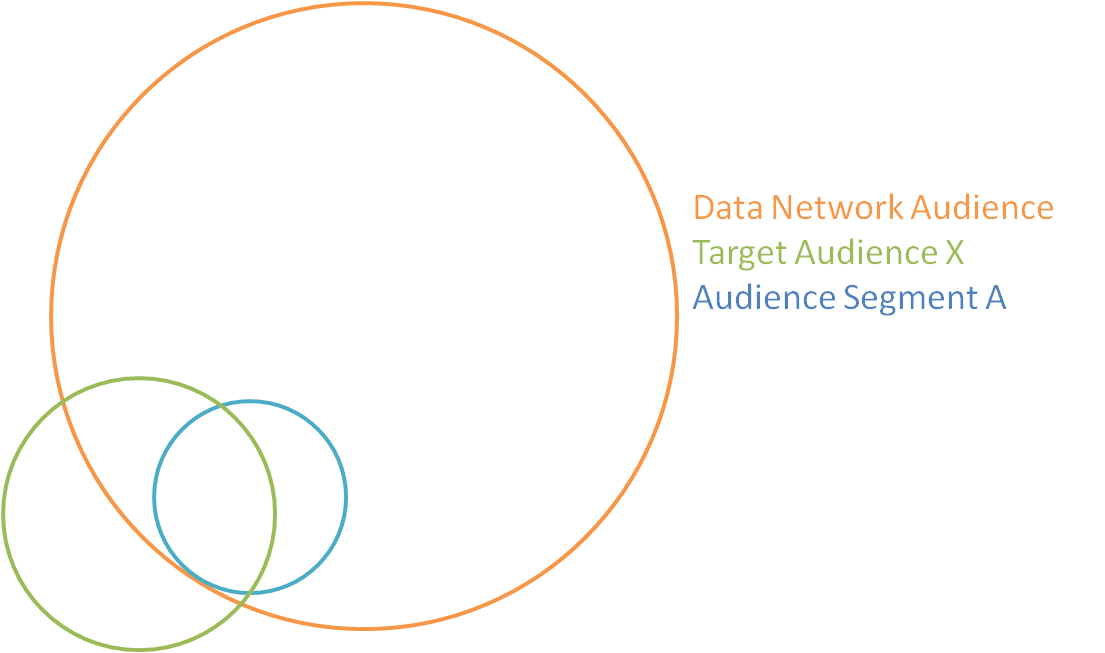 The lift of an audience is just a measure of the overlap between a single data network audience and the advertiser audience relative to the average. However, this methodology includes a 90% significance test – i.e. is the sample size big enough to say with any confidence that the lift is really any different to the average? In our graphic, the advertiser audience has greater overlap with Audience A than the data network overall so it is above-average lift.

Audience B is smaller than A but its relative overlap is even greater. It is a more relevant audience to the advertiser’s target so has high lift (provided that it passed the significance test). Audience C, however, while of the same size as B, has no overlap. Clearly it is not relevant to the target but there is also not enough information to even measure that lack of relevance. This is why it is hard to identify poorly related segments: by definition you won’t see enough overlap to know how bad it is! 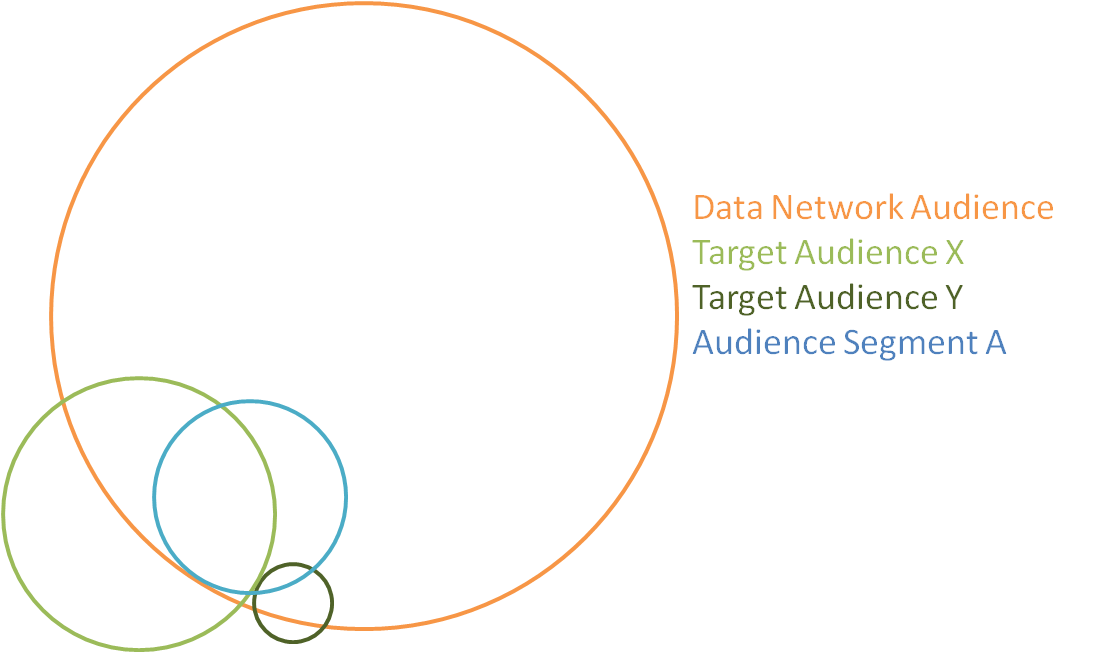 If the advertiser target audience itself is small we can see that the overlap with the data network and any of its audiences becomes decreasingly significant and therefore increasingly hard to say anything meaningful. At best there might be some overlap with very high level branches like “sport” or “technology” but nothing like “fishing” or “xbox 360,” which is a more insightful and valuable signal.

Doug Conely is senior director for global data and targeting at Tribal Fusion. Based in London, Doug joined in 2009 and is responsible for Tribal Fusion’s data partnerships, data platform and targeting products worldwide. Prior to Tribal Fusion Doug spent four years at Yahoo! in London. Initially in their European Strategy and M&A team he became increasingly involved in their online display activities and led the integration of Blue Lithium in Europe before moving into ad product strategy where he was responsible for behavioural targeting and building Yahoo’s store purchase data partnership with Nectar. Doug spent his early career in strategy consulting and corporate finance working primarily in technology, media and telecommunications after receiving a Masters in Engineering from Cambridge University.