If you were to ask 10 people at a tech conference what the difference between a distributed ledger and a blockchain are, you’re bound to get 10 completely different answers—especially since most people often think they are one and the same.

But that couldn’t be further from the truth.

To make it easier for you, I’ll attempt to explain the difference.

This distinction is important because accomplishing the truly decentralized nature of blockchains is hard and expensive. Why would anyone (or any industry) want to go through the hassle of setting up a database that doesn’t require a single party to authenticate people and verify transactions?

In certain situations, it becomes clear that people should not (or cannot) place their trust into a single, centralized authority who gets to decide which transactions enter a database. If the ledger represents money, the advantages to this become obvious—not having to trust a central party to decide what you can do with your money, or how much of it exists (inflation) is key to financial sovereignty.

This is why Bitcoin is so popular. It acts as a ledger of value that no central party can control. If you own Bitcoin, no one can tell you what to do with it, and you don’t have to worry about someone creating more Bitcoin at a rate that everyone hasn’t agreed to, reducing the value of yours.

If you’re interested in the concept of bitcoin and sovereign money you may want to spend time with Nick Szabo’s excellent blog Unenumerated. The worst kept secret in blockchain is that Nick is likely Satoshi. (Satoshi Nakamoto is a pseudonym used by the creator(s) of bitcoin, who also authored the legendary bitcoin white paper.)

Let’s dig a bit deeper into the concepts that are required for a ledger to remove central parties. First, you need to worry about authenticating people, then you need to make sure they are allowed to update the ledger.

If everyone with access to a database had everyone else’s password it would pretty quickly fall apart (especially if that database represented money).

This is where an interesting cryptographic concept called Public Key Infrastructure comes in. Public key cryptography involves using a pair of two unique but linked identifiers, known as a public key and a private key. Any data which has been encrypted with a public key can only be decrypted using the corresponding private key, and vice versa. 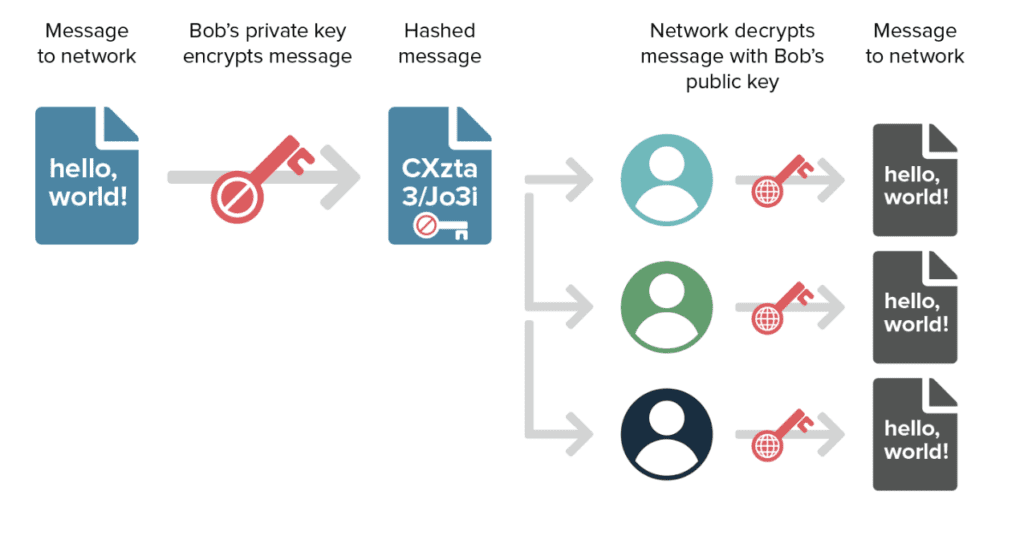 With PKI anyone can authenticate that another person is who they say they are without knowing their password.

2. Updating the database without a central party is equally as hard.

Who gets to decide what transactions are used to update the database? This is where something known as consensus algorithms come into play.

The only consensus algorithm to be proven to work at scale is known as Proof of Work, where computers do “work” to solve a very difficult math problem. In bitcoin, this is known as mining (which isn’t very much like mining in the real world).

The miner who solves a hard problem is rewarded with an amount of bitcoin and gets the right to pick which transactions are used to update the database. This reward incentivizes the miner to only add valid transactions, as their reward is stripped if the majority of the network decides they’ve attempted to add invalid transactions.

This process is slow and expensive, and it’s what sets blockchains apart from permissioned ledgers. The work to set up a blockchain is worthwhile in some cases, but those cases are few and far between.

In my two years working in the blockchain/crypto space, I’ve yet to come across a working use case for blockchain that isn’t a digital currency. Concepts like voting on the blockchain or distributed autonomous organizations may eventually make sense but there isn’t a scaled example of either.

In digital advertising, the sovereignty of a blockchain isn’t required to track impressions, counter ad fraud or help consumers regain control of their privacy. Thus the work required to set up a blockchain and maintain consensus isn’t worthwhile. Simple permissioned ledgers will do the job just fine. These ledgers, and the data within them should be operated by parties that buyers of media trust.

This is what Mediaocean and IBM are doing. Setting up a single large database controlled by industry leaders who get to decide who adds what information. It’s a great and worthwhile effort to get everyone on a single database, but it would be even better if they would just call Hyperledger what it is—a distributed database.

It’s likely that the only use case in digital advertising for blockchains is the creation, trading and settlement of the asset which is used in our industry—the right to advertise, also known as a media contract. And even this can get started using a permissioned ledger, as we’re doing at AFOX. 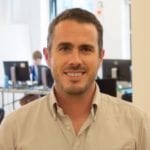