The post-Thanksgiving shopping weekend was a landmark event for online commerce. Cyber Monday alone drew a record-breaking $9.4 billion , with money coming in at speeds of up to $12 million per minute, making it the biggest day for online shopping to date.

It was also the biggest shopping day in history for Amazon. At Digital Trends, and for publishers generally, Amazon and other online retailers are becoming a large part of an affiliate strategy which is an increasingly important percentage of publisher revenues. Here’s how we managed to drive millions in sales to Amazon and other partners without ever shipping a single product ourselves.

For our holiday shopping season, we took cues from what’s worked in the past. We doubled down on the layered partnership strategies we used for Amazon’s Prime Day, a campaign that earned coverage in INC. The key to our success was real-time coverage of the best deals, the best products, and sales that lingered even after midnight ticked past, driving customers to retailers and brand webpages to strike while the iron was hot. By providing customers with live coverage of the best deals on the best products, we were able to create a powerful sales funnel to drive traffic to our partners.

The Cyber Monday campaign was explosive for us and for our partners, but most importantly, it was a win for customers. They had fast and easy access to the best deals on the best products, in real-time, thanks to our editorial team who scouted everything in advance and kept them up to speed.

The Affiliate Campaign By the Numbers

By teaming up with brand and retail partners like Amazon, we drove tens of millions in sales, a 500% increase from last year’s Black Friday / Cyber Monday weekend. The campaign generated millions of engagements and touched 10.1 million users, 62.5 percent of them on mobile devices. And with our proprietary platform, we were able to process more than 22,000 deals, and push them live across multiple sites within hours. The highest-grossing product from the affiliate campaign was the Apple 13 inch Macbook Air, and the most-purchased item was Amazon’s Echo Show 5. Other high volume products were the Echo Dot, Samsung Galaxy Buds, Apple Airpods, and the Ring Video Doorbell.

Publishers and Retailers Are Powerful Partners in the Evolving Ecommerce Space

The home run campaign confirms what we’ve been learning over the past few years: as retail nestles itself more comfortably into the digital space, publishers can offer a powerful sales funnel to reach consumers on behalf of manufacturers and retailers.

Consumers are becoming more comfortable shopping on their mobile devices, and are buying bigger ticket items online than in previous years, indicating a level of comfort with online shopping as the new norm. This year showed a 40.9% rise in BOPIS purchase (bought online, picked up in-store), a hybrid form of online and brick-and-mortar shopping.

The Digital Trends affiliate campaign leveraged our demonstrably trustworthy tech coverage and reputation with a readership of 30 million HENRY (high-earning, not rich yet) millennials to amplify the voices of both online and brick-and-mortar retailers. When traditional advertising is waning in its effectiveness, thanks in part to the rise of ad blockers and the famously ad-resistant millennial field of vision, our customer-centric approach allows us to reach them at the right time in their purchase path. This makes publishers a powerful ally for anyone trying to reach ready-to-buy, tech-hungry young adults.

When the dust settles from this holiday season, consumers will have spent $143 billion in online purchases , according to estimates from Adobe Analytics. And that money is flowing through affiliate partnerships that are boosting the numbers for everyone. Holiday shopping isn’t just for retailers anymore. It’s for publishers now, too. 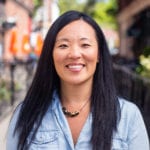