You don’t have to be a digital advertising vet to know that programmatic has rapidly transformed the industry.

And now a new revolution approaches—this time for digital out of home (DOOH) advertising.

AdMonsters spoke with by Phil Schraeder, CEO, GumGum about the rise of Programmatic DOOH and where we can expect to see it take off. 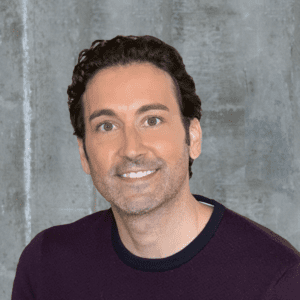 Lynne d Johnson: Why is OOH prime for programmatic and how have advances in digital shaped this revolution?

Phil Schraeder: The same factors that enabled programmatic’s rapid rise in the 2010s are poised to change the way advertising is sold and displayed across the growing crop of digital signs on kiosks, taxis, buses, and billboards the world over. The programmatic DOOH revolution’s epicenter, however, will be where the earliest DOOH adoption occurred: sports stadium and arena signage.

Similar advances are inevitable for DOOH, where media owners like Lamar and Clear Channel are currently making significant investments.

Why? Because digital is a growth segment of the OOH market and digital makes programmatic OOH possible.

LdJ: Let’s take it back a few beats. You mentioned sports stadiums and arena signage as locations where programmatic DOOH can really take off. When I think of programmatic and DOOH, I think about reach but I also think about targeting—especially in terms of what can be done with geofencing and geotargeting.

Are there other targeting use cases that brands should be thinking about, particularly in sports venues and live-event arenas?

PS: Sports venue signage will be the first OOH to take advantage of programmatic sponsorship buying marketplaces not simply because so much venue signage is already digital, but also because game broadcasts actually deliver (technically OOH) sponsorship exposure to millions of in-home eyeballs.

And, unlike billboards, where determining brand exposure is really a matter of guesswork, in-venue signage sponsor exposure can be calculated because audiences for broadcast and streamed games are quantified.

In a marketplace, teams and leagues can sell more sponsorships to more brands and capitalize on real-time bidding market competition to increase placement values. Brands will benefit by optimizing the scale and timing of sponsorship spends and aligning sponsorship messaging with in-game content and audience demographics.

LdJ: That’s really interesting. How do you see this working overall in terms of auction dynamics?

PS: Professional and elite sports are already one of the world’s great data repositories, and OOH programmatic ad networks can easily leverage them. Real-time league and player data from providers like SportRadar can be used as a first layer of intelligence for brands evaluating games on a moment-to-moment basis, with highlight-worthy portions of games generating the highest value.

Existing player, team and league data can be utilized to create programmatic rules for bidding valuations that, for example, account for scenarios that are likely to make highlight reels and recaps. Signage values would increase when the score is tied with seconds to go and decrease during broadcast breaks like timeouts or the seventh-inning stretch.

Existing player, team and league data can be utilized to create programmatic rules for bidding valuations that, for example, account for scenarios that are likely to make highlight reels and recaps.

Enterprising programmatic display providers could even set rates to be higher if a player or team is close to breaking a record or reaching a career milestone.

The 2017 game in which Dirk Nowitzki surpassed 30,000 career points generated over $2.6 million in social media value for key sponsors. Had the Dallas Mavericks been selling programmatic sponsorship placements in that game, the Dallas Mavericks would have seen some of that outsized value come their way.

Given the amount of potential revenue that sponsorship rights holders are leaving on the table, it is clearly only a matter of time before they adopt programmatic DOOH. Once they do, sports sponsorships for OOH advertising will evolve into data-driven programmatic ad exchanges very much akin to those in the digital world––bidding on live sports moments based on context, audience demographics, viewership, and highlight-worthiness.

LdJ: Why is programmatic DOOH moving more slowly in other realms? Are metrics and analytics an issue?

A number of companies are developing innovative ways to track DOOH performance using big data and AI technologies. Some can calculate audience sizes and infer demographics based on the number and makes of cars passing a DOOH placement. Others can evaluate—in real-time—audience attention by analyzing whether and for how long pedestrians’ eyes land on a placement.

At least one company is developing technology to understand brand lift for DOOH by assessing emotional responses using facial expression analysis software. Even if data privacy gets in the way of those sorts of tech, readily available data points like traffic density, route maps, and public event calendars will be collated to deliver reliable audience and demographic data for programmatic buying.

So, if you ever find yourself stuck in late-night traffic and a roadside billboard lights up with an ad for the latest tie-dye fashions, there’s a decent chance that Phish just played a nearby stadium.