For years it was the buzz of industry conferences—by the time programmatic ad buying took over the industry wholesale, brands would have completely displaced their media agencies and taken the programmatic controls for themselves. Alas, just like the myth that machine learning would totally replace the need for human strategists, this sentiment was overblown.

However, brands are finally bringing programmatic controls in-house, but the long-term picture looks different from those initial prognostications. To understand why, let’s take a look at the major developments.

Programmatic In-Housing: The Past

As programmatic advertising continues to mature, usage models around these complicated technologies are also evolving. When programmatic first burst onto the scene, most of the buying was done via media agencies. The CPMs were low, the ability to target audiences was exciting, and the results drove rapid growth. Fast forward a few years, and self-service platforms became commonplace. Agencies stood up large, centralized trading desks on these platforms, and brands continued to ramp spending. A few enterprising brands launched in-house initiatives, but the vast majority of programmatic dollars still flowed through agencies.

Then the ANA’s Media Transparency Report was released in June 2016. By that point, fee transparency was already an issue in programmatic, but the major attention was on other issues, including rampant ad fraud, low viewability, and challenges with brand safety. The report shifted focus and threw a massive amount of fuel on the transparency fire. Over the following two years, transparency has become one of the industry’s most important challenges, and now we’re in the midst of a transparency revolution. Brands have employed a range of methodologies to try to achieve transparency, and the associated increase in working media and programmatic in-housing has rapidly become one of the most popular.

With major programmatic spenders such as Netflix, Electronic Arts, and ABInBev touting the benefits, the in-housing trend is no longer just a fad. A December 2017 ANA study showed that 35% of brands have increased in-house programmatic capabilities, up more than two times over a similar survey just a year before. There are a variety of in-housing models, but the common thread is that the brand, instead of their agency, owns programmatic technology contracts. On that foundation, service models ranging from fully in-housed to fully outsourced are applied. Most brands seem to land somewhere in the middle, thanks in part to a talent shortage. Agencies absolutely have a place in the mix, but brands, often driven by procurement, are realizing the most effective way to reduce cost and improve control is to directly own technology contracts.

As the in-house contracting process becomes the norm, brands will start to shift their focus from pure cost reduction to improved strategy. So much time and energy has gone into reducing cost and improving ad quality, and now that attention can shift. Marc Pritchard, P&G’s Chief Brand Officer and ever-vocal industry bellwether, has recently talked about reinvesting media savings, generated from transparency and quality improvements, into data and analytics with great effect. Other marketers are following suit and are investing in data centers of excellence, data strategists, and hyper personalized segmentation strategies. These moves are all possible because in-house technology moves brands closer to their data.

The notion of data being a brand’s most valuable asset is becoming commonplace, and the ability to leverage that data with precision and control will only become more important with time. Strong data strategy, customized attribution models, and better data science and analytics will all help marketers get closer to achieving programmatic’s true promise of reaching the right person, in the right place, at the right time. That narrative has been told for the last decade, but it’s only just starting to become reality.

Of course, there are challenges to this vision. Customer privacy concerns are at an all-time high, spurred by impending GDPR implementation and the recent Facebook/Cambridge Analytica scandal. In parallel, many marketers have data spread across a myriad of systems, siloed and underutilized. These challenges further point to the need for marketers to take more control. New technologies, like the hot CDP category, are helping solve for these needs by marrying martech and ad tech to form a single view of the customer, but there’s still work to be done.

In-housing is an enabling model change that’s transforming our industry, and we’re just getting started. As we move into the second decade of programmatic, transparency will remain the foundation of success, but the brands that win will go beyond cost reduction to focus on leveraging their data to tell relevant stories to their customers. A better customer experience is something every marketer should be focused on in a constantly connected world. We may be focusing on in-housing today, but in the future we can use this model shift to focus on our customers and ultimately to focus on growth. 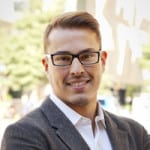 Mike Hans is the Founder and CEO of Forge Group, a programmatic transformation consultancy singularly focused on helping marketers maximize value from their digital investments. Prior to launching Forge Group, he worked in a variety of roles at one of the industry’s founding DSPs. His current work ranges from programmatic education, to in-housing strategy, transparency auditing, and tech stack creation.