The past two weeks’ Olympic triumphs and tragedies have driven home to me the importance of publishers’ need to use technology to monetize dramatic spikes in traffic. Ok, you wonder how I can make the leap from sports spectaculars to advertising inventory monetization.

London 2012 is an amazing – actually a bellwether — example of how content is dynamic, how no publisher can ever predict spikes in impressions and how video is the new premium for all of interactive (phones and tablets included). This was supposed to be the penultimate lap for Michael Phelps, but instead he was usurped by the tears of Jordyn Wieber, the triumph of a flying squirrel called Gabby, the comeback of women’s soccer and a swimmer we’d never heard of called Allison Schmitt.

I was expecting to be bowled over by another US basketball dream team but the women were the ones who blew me away. If you’re like an increasing number of people you got sucked into it and had to watch on primetime TV as well as through live streaming or endlessly replaying clips of some of those amazing flips and vaults – not to mention dolphin kicks.

The Olympics are credited with a corresponding drop in Netflix streaming (that’s pretty big if you can make a dent in Netflix) and Pew just released a study showing that London 2012 is probably bigger than the Superbowl. Over 20% of people 18-34 were driven to other screens than the big one for the big event.

Broadcasters like NBC, the BBC and Star TV internationally paid dearly for the rights to all of that footage. There was talk that they would never earn back their initial investments, but they made their websites and apps the place to go for footage. I can only imagine the spikes in impressions in the US when word got around various offices and homes what was going on a continent away — no matter that there was a 5 hour time difference with the East Coast. People had to see it – and of course as much reported, Tweet about it. 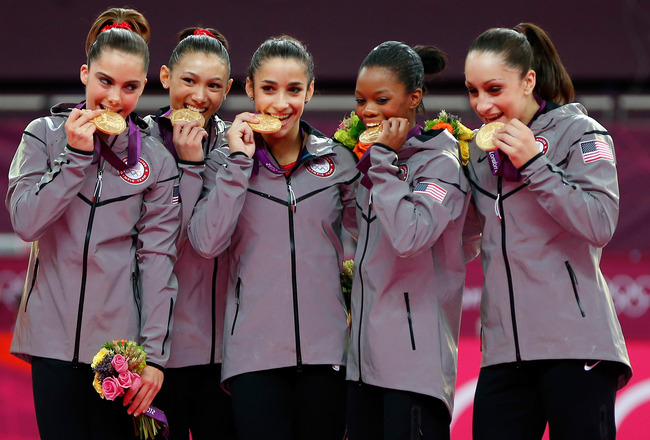 My question for broadcasters – and indeed for any publisher with the rights to such extraordinary premium content is “are you ready?” The old way of selling media was by a guaranteed impression basis: you give me X price and I will deliver X amount of inventory at a fixed CPM.

Challenge is, of course, I cannot predict the spikes that are gold. Inventory has varying value and should relate to market conditions that can include time of day, volume of inventory available elsewhere, quality of that content and its context among many other factors. In the case of Olympic video, no one could predict that men’s basketball would be a bit of a snooze and the girls of pool and gym would be a ratings and video streaming bonanza.

Publishers need to look at all inventory (direct and RTB, guaranteed and non-guaranteed, audience targeted and contextual) on a side by side basis. This is only truly possible with something like PubMatic’s Unified Optimization Engine and the corresponding Unified Insights Reporting. This kind of solution gives publishers with content of Olympic proportions the power to determine dynamically how and where to monetize the dramatic spikes in inventory. One choice would be to be sell them in real time through an SSP that gives the publisher full control over all buying channels with the sale going to the highest bidder.

How much more revenue beyond the initial upfront sale could have been realized by these publishers? (Yes, I realize the Olympic inventory is a part of sponsorship packages that are sold more than a year in advance, but this is an example here.) As it is, the sponsors did very, very well with all of those bonus impressions. My point is that any publisher can take control of their inventory and will find that when managed properly, automated selling just makes sense in the dynamic world of media we live in.

Even if you don’t have the rights to Olympic video you have assets that should be getting their full value. Using only direct sold flat rate CPMs may not be the best way to go for the gold.

This article was originally published on the PubMatic blog. It has been reprinted with permission.

Larry Harris joined PubMatic in March 2012 as the company’s first Chief Marketing Officer, bringing his deep and diversified marketing experience to the ad technology company. An experienced mobile marketing and advertising executive for more than 20 years, Harris has led integrated marketing and branding programs for Microsoft, Bank of America, Verizon Wireless, AT&T and Intel. Harris is the former Chief Executive Officer of Ansible Mobile and was the driving force behind Ansible’s technology and business vision, creating a diverse team of mobile, media and digital experts that worked with blue-chip companies and dramatically enhanced the value of mobile marketing. Before co-founding Ansible, Larry served as Executive Vice President and Director of Integrated Marketing for Draft, (now Draftfcb), where he built and led the global technology team and oversaw the company’s relationship with Interpublic. Harris’s team successfully launched Bank of America in the Northeast, ran the Interpublic/Facebook team and founded Draft Multicultural to create minority data-driven marketing programs for Bank of America, AARP, Carol’s Daughter and Verizon Wireless. In 2000, Harris co-founded the digital division of FCBi – the direct, digital and data arm of Foote, Cone and Belding. Harris directed digital strategy, creative, user interface, e-marketing and web development for clients such as Hewlett-Packard, GSK, Quest, the IRS, Eli Lilly, Chase, Clairol and MetLife. Earlier in his career, Larry worked at DMB&B in St. Louis where he was ACD of Contemporary Adult Advertising for Anheuser-Busch. He created the Superbowl ads for Budweiser as well as radio, print, event and TV campaigns for other A-B products. A native New Yorker and a dedicated Knicks fan, Larry graduated from Harvard College and sits on the boards of New Yorkers for Children, the Institute for the Recruitment of Teachers at Phillips Academy, and the MacDowell Colony in New Hampshire.