The web has always been a more visual place than the print world that preceded it, but the rise in video consumption over the last few years has really driven that point home. Mobile, desktop, whatever device you have–if there’s a screen and a wifi connection, you’ll find people watching video, as naturally as they do anything else online.

That calls for a re-alignment of the way publishers think about their own businesses. Publishers used to think of their digital properties as being analogous to newspapers and magazines, but that analogy doesn’t hold when audiences have such a huge appetite for video. Adjusting the business model for a video-centered world is a scary proposition for publishers that haven’t historically produced a ton of video content themselves. But there’s no reason to fear–no need to clear out the editorial department or completely pivot your methods of content production. As Tout CEO Michael Downing told us, the resources are out there for publishers to learn to speak the language of video, and the learning curve can be smoother than you might think.

WITH THE SUPPORT OF Tout
Tout is the TV Network for the Internet. Tout is the only solution that delivers total video success for publishers by providing premium video content, patented, streamlined technology for publishing video and intelligent advertising solutions.

ROB BEELER: I want to start, Michael, with your perspective on the state of display advertising and digital video.

Consumer behavior is driving all the change that’s occurring right now. We call this the TV-ification of the Web. If you look at where consumers are spending time, you’re seeing a way more video-centric consumer. The internet experience, which had used newspaper metaphors since the ‘90s, is becoming a TV metaphor. A lot of the traditional advertising formats that fit the newspaper metaphor—display—are in an irreversible decline. In Google’s earnings reports, display click-through rates are effectively going to zero. You can see other consumer indicators—ad blocking, ad avoidance—that communicate display advertising adds no value. On top of this, if you look across the 3,500 or so News, Sports and Entertainment publishers we work with, a year ago mobile accounted for about 45% of their traffic. Today 63% of their traffic is mobile web. And when your audience goes to mobile web, your display revenue gets cut by about 85%.

Publishers have to begin to speak the language of video, otherwise they risk becoming irrelevant. Video is driving most of the deeply engaged consumer behavior and therefore drawing the high CPMs. The display advertising market has been so wildly over-optimized over the last 10 years that it’s finally deflating, and the video market is being forced to mature quickly. Some businesses are going to adapt and be wildly successful, and some are going to go away.

ROB: Quite a few years ago publishers understood video would be important, but video obviously is harder to produce. How can publishers get video to pay off in the long run? 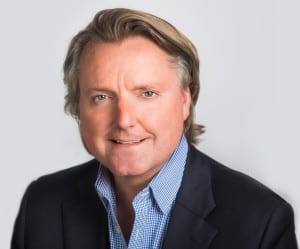 MICHAEL: There’s this big misunderstanding among publishers that they have to produce a ton of content, or build a studio in order to be successful in video. That’s not accurate. Any publisher should think of themselves as a TV channel focused around a particular vertical, genre or topic, just like a television network. As with text and images, publishers can act as curators of content and create massive value.

We have seen large metropolitan newspapers give GoPros to their reporters, and some are very successful at that. There are best practices now for creating video at a low cost, so you can have a consistent stream of content.

Other publishers recognize they have a community of creative people producing video about their cities, posting on YouTube and Vimeo. They’ve gone out and identified quality video producers that fit with their brand proposition. The cost of doing that is very low, and the risk is low because you can test and editorialize those videos for your site. The majority of publishers need to lean heavily on third-party video content in order to provide their consumers a real video-centric experience.

ROB: But part of that curation is being very careful about those sources, right? I don’t want to just get any video content on my site.

MICHAEL: Publishers have always played the role of editors. I don’t think anything changes in this picture with video. But what you’re curating could be third-party video content from somebody like Tout with our 300 channels of premium programming, or could be from YouTube. People are creating video at a huge pace—basically millions of channels. Not all of it is high quality. But if publishers can get good at identifying third-party sources in line with what people expect to see on their site, that’s a tremendous opportunity for them.

ROB: Is the best strategy to push—post on YouTube or Facebook—or to pull—host video on my own website—or both?

MICHAEL: As a publisher, you should look at all different ways to drive traffic and create meaningful audience, but at the same time you have to be realistic about which sources drive revenue and which create liability. For example, if you gamble a big part of your business on traffic on Facebook, you’re setting yourself up for certain death. Facebook has launched numerous products and efforts that drive traffic to publishers for a brief moment, then yanked the cord because it doesn’t benefit Facebook.

But every platform is different. YouTube is a perfectly okay place to push video as a publisher, but even people with millions of YouTube subscribers make no revenue. To build an audience that transcends your domain, content syndication is absolutely critical. In an ideal world, you do that in a way where you generate revenue.

ROB: Is it fair to say that a publisher with zero video right now could or should find themselves delivering content in a TV environment, like OTT, in the next five years?

MICHAEL: Absolutely. When I’m on my Apple TV application, I can browse pages or watch a movie. Those two worlds are coming together very quickly. Today, publishers think about how to get people to browse their pages, and they’ve got to change their thinking quickly. People don’t paginate through text-based pages very much on mobile, but they do watch videos.

ROB: Is live streaming part of the TV-ification of how we use things?

MICHAEL: Live content is driving a massive amount of engagement around our 85 million or so monthly viewers. That’s important to publishers, because it means that anybody with a cell phone, regardless of production expertise, can create meaningful video content for your site. That’s about as easy and cheap as it gets. We deliver to our partners a way that any of their reporters can just capture a live stream on a smartphone, and mirror it immediately on their site. That lowers the barriers, and simplifies how you speak the language of video.

ROB: Brand safety has been the real focus of 2017, from PR nightmares of brands next to ISIS videos, to P&G throwing down the gauntlet. Video has a specific challenge—a lack of metadata. Do you think metadata around video is worth it? Does ads.txt throw anything off with syndication of content?

MICHAEL: Brand safety is broader than video, but in video it comes to the forefront. The online video advertising market right now is dominated by a very small group of large publishers. YouTube, Facebook and Twitter are walled garden environments that control what data their partners get. “We have no way to know what your ad is running next to” is a terrible response.

If we continue to have three or four companies driving 70% of the video advertising market, then it’s up to those companies to determine how brand safety is going to work. That’s not the best outcome for advertisers or brands. However, if we look meaningfully at technology like ads.txt, and at what Tout does with contextual analysis and what we announced recently with Grapeshot, it’s a much better, more transparent environment for everybody. Google and Facebook are not going to provide transparency, because it affects other parts of their business.

Fewer than 100 publishers are driving more than 90% of this market. The only way you can create more equilibrium is through effective technologies that create a more fluid, transparent video marketplace. At Tout, we believe that by giving publishers access to the right content, technology and approach to engaging a video-centric consumer, we can reverse this top-heavy market.