“There were too many advantages to ignore,” comments Aaron Jones, CTO of IDG Consumer and SMB, when explaining why the company embraced responsive design in rebranding and rebuilding two of the company’s most popular sites – PCWorld and Macworld.

For one thing, unifying the back-end of those two sites – plus upstart website TechHive, currently online in a “beta blog” form but officially launching in September – has allowed IDG to seriously strip down terms of code. The amount of code used for all three sites is about a third of what used to make PCWorld alone, Jones comments.

Since mid-January, Jones and crew have been working with Mule Design to create the responsive-design enabled CMS, and the refreshed sites are set to go live in September. PCWorld and Macworld have long been running on a homegrown CMS, originally built only to house PCWorld; when deciding to add the nascent TechHive site to the equation, IDG decided to re-imagine the trunk for all three sites to promote efficiencies in porting content and links and decrease the amounts of templates to manage.

And, oh yes – segmenting and targeting audiences for advertising purposes will be much simpler across the three sites. In addition to freeing in-house developers from menial tasks, the new back-end will enable richer data collection and more real-time capabilities. 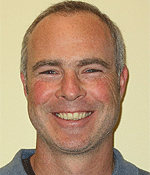 Perhaps most important is recognizing the proliferation of Internet connected devices – all shapes and sizes – by integrating HTML 5 and CSS 3. It’s the consumers demanding adjustable media, says Jones, and a good user experience is still top of mind.

However, the monetization game gets a bit trickier since responsive ads have yet to take advertisers by storm. In effect, IDG has employed a technique called “lazy loading” – when the ad call is made, the server detects the size of the page being served to pick the ad that’s an appropriate fit.

“Rich media will be the biggest challenge,” he says, because many customized units rely on fixed dimensions and breakpoints that will be corrupted by shifting size changes. He adds that the adoption of responsive design should encourage ad sales teams to rethink how they sell and place more priority on position rather than exact dimensions.

Along with the redesign, IDG will be introducing a host of new ad units that better work with the redesigned site, including a large-form ad known as the “big hero.” Advertisers given a sneak peak “like what they see,” Jones says.