John Linden, CTO, OpenX reviews the biggest challenges facing publishers today, and why the old approach to managing advertising doesn’t work in today’s dynamic market. He’ll explain how the industry needs a smarter approach that replaces static ad serving with ‘revenue serving,’ so publishers can automatically maximize their direct and indirect revenue on one platform.

He will show how a next generation ad server must redefine how to classify, package, and sell ad inventory so publishers can launch new ad products in an increasingly competitive marketplace—while giving them better control over targeting data, more accurate forecasting, and instant access to global demand.

He will also explain why the industry needs a global ad exchange to help publishers improve yield from their international inventory. 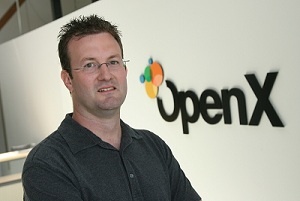 John Linden is the Chief Technology Officer of OpenX.