Videoplaza has seen the future of online video, and it looks pretty fragmented. Hence why in March the company Introduced its device-aware ad platform Karbon, which enables publishers to monetise video content anywhere it is viewed – desktop, smartphone, tablet as well as up-and-coming toys joining the assortment of Internet-connected devices.

As a preview to AdMonsters’ upcoming OPS TV event in New York, we caught up with Videoplaza CEO Sorosh Tavakoli to hear more about Karbon, device proliferation and the concept of “New TV.”

Videoplaza’s roots are in pure-play online video – what drove the company’s evolution into its expanded form? 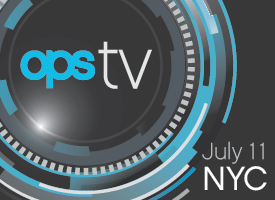 In ’07, I worked with the Swedish broadcast measurement body, MMS, on a research project called ‘Moving Images’. We researched how viewing behaviour was changing and how content owners should explore new delivery channels like online. This led me to found Videoplaza – to help media owners make money from online video.

At Videoplaza, we believed that other devices like mobile would become important for watching video, even if most of our clients explored online video first. We didn’t realize how quickly the ‘New IP-delivered TV’ would happen across different devices. In 2010 all of our traffic was PC. In 2011 over 8% of our traffic came from non-PC devices.

The shift from pure-play online vendor came about due to client and consumer demand – the growth of tablets, smartphones and IPTV for video consumption.

What is the ‘New TV’? What kind of developments are you expecting in the IP-delivered TV space this year?

The New TV is the term we use for IP-delivered video. Consumers now watch TV across many IP devices – PC, smartphone, tablet, gaming console… 50% of our traffic will come from non-PC devices in 2013.

Viewing though IPTV and gaming consoles is on the increase. Smart TVs are increasingly purchased. The majority of Smart TVs are not yet connected, and we await the killer apps that will take hold in the living room. It will take another 1-2 years for Smart TVs to become widely adopted.

Based on the traffic we see from our clients, the growth of non-PC video viewing is exponentially increasing. Publishers increasingly want to sell their audience across a range of devices. Audiences on some platforms are still small, so you need the flexibility to be able to sell the total audience for a piece of content. For example – sell the Desperate Housewives audience, regardless of the device the consumer is watching on.

Equally you need to sell per device where the audience is substantial and you can command a higher CPM – for example sell the mobile audience.

The company recently raised US $12 million – what will that money go toward? In terms of global expansion, what’s the next target on your map?

We closed our B round funding with Innovacom, Qualcomm and our existing investors at the start of 2012.

The funding drives our product development. Part of the capital went into the launch of Karbon, in March. Karbon is the first natively device aware ad management platform for video – meaning we can deliver video advertising to any IP device. Our development team in Stockholm is constantly evolving Karbon, to keep pace with new devices. We have a couple of major product releases later this year as well, so stay tuned!

We are moving into new geographical markets. Europe is a large market for us. We recently opened a Singapore office, where there is great potential and growth. We are investigating new territories like South America and other parts of Asia.

What do you consider the biggest operational hang-ups plaguing the digital video advertising space at the moment?

For ad ops teams, the emergence of new IP devices means stress and additional work. In practical terms ad ops must understand every new device, including the video file format: AV codec, bit rate and resolution. An iPhone needs a different file format to a Smart TV. Often, it’s too hard and too operationally inefficient to take care of all of this: new devices aren’t leveraged, and publishers miss out on new advertising budgets.

With Karbon, we tackle this problem head on. Karbon is natively device aware. Karbon natively understand devices types, with its Device Library of our 7,000 and growing devices profiles. Our Asset Factory requires one high-resolution video asset and produces all the necessary assets based on the devices you are trafficking to. This not only removes operational complexity, it also increases quality as Karbon will always deliver the right asset to the right device.

Taking advantage of New TV budgets becomes cost effective and profitable faster. The only cost of adding a new device to your advertising offering is the one time cost of integration.

What’s the coolest part of the recently introduced Videoplaza Format Family? How are ad formats themselves bridging the worlds of digital video and TV?

The Videoplaza Format Family provides a comprehensive approach to ad formats: giving publishers flexibility and control, as well as saving them time by not having to create their own formats.

Most of the market still works with standard formats like pre-rolls. However our clients’ behaviour shows us interactive formats are growing. Our clients have demanded new inventory because their current inventory is sold out: new inventory is one way to increase revenues. We introduced two new premium interactive formats in addition to our standard formats: the VP Takeover and the VP Ad Selector.

The VP Takeover is highly impactful – a traditional linear ad, which takes the standard preroll or midroll and raises the impact by taking over the full screen when the ad is showing. The VP Ad Selector delivers great user experience – giving a user the option to select which advert they want to watch. Users select from between 2-6 ads from different campaigns. These formats are driving great results – higher engagement and brand recall. They also demand a premium CPM – €65 in some markets for the Takeover.

Alongside these new formats, we support the industry standards, VAST and VPAID, including the IAB Video Suite updates. However if a client wants something unique, we deliver custom formats. We want to give media owners a toolkit to build an approach that suits their advertiser base. They can experiment with innovative formats, whilst also delivering standard formats to fit their core needs.

There is a collision between digital and TV advertising. Broadcast formats have been re-used in the digital world. But digital delivers a step change: real interactivity, greater measurement and superior targeting. Digital now influences TV and is driving interactivity: for example the addition of QR codes and the red button to traditional TV formats.

What should we expect from online video in 2012?

The question should instead be ‘What should we expect from IP-delivered video in 2012?’

2012 will be one of the most important years for the New IP-delivered TV. The market will continue to evolve and increasingly differ from the traditional TV and display ecosystems. Video is growing out of the PC and on to multiple devices, it’s increasingly long form and live, while at the same time we’re seeing more sophistication in how it’s traded. This is the last year we talk about “online video” – the multiscreen New IP-delivered TV is here to stay.

Below are three areas I believe will dominate 2012.

This year with the Olympics and Euro 2012, as well as other big sporting and entertainment events, live presents a great opportunity. Driven by increasing broadband capabilities, viewing live events makes more sense on apps and devices. Compelling use cases for watching on a mobile or a tablet for example include travelling, working – being away from home and wanting to watch content in real time.

2012 is the year live streaming will go big, not only in consumption but also in terms of revenue opportunity for publishers. Solutions have now been found for this technically complex challenge and will further push publishers to invest in their live coverage and services.

2) We start trading video audiences – but not necessarily automatically

The big RTB hype in display is starting to spread to the video world. However, trading so far seems limited to a small number of technology vendors and in-banner video, UGC or video inventory on games properties. 2012 is not the year RTB will happen on premium video inventory, neither in 2013 I’d guess.

In parallel, we see increased demand from publishers for more data and knowledge about their audiences. Advertisers require this and technology is catching up. In 2012 video audiences will be packaged and traded using numerous data sources.

With a lack of premium video supply and massive consumer demand for video on non-PC devices, video publishers have a huge opportunity to expand their video services beyond the PC. This shift is complex and 2012 is the year publishers are preparing for it.

Apps are being developed, advertising packages are being reviewed, technology is being upgraded, all to capture the full opportunity in 2013 as non-PC ad spend growth is predicted to outperform PC growth. The industry is preparing for a change that will take it way beyond “online video” as we know it. Publishers who are not geared up will lose out.

Buckle up: these are important and exciting times for the video industry!

AdMonsters alum Gautam Srivastava is a digital marketing, editorial and content expert. G – as he likes to be known –worked alongside some of the brightest minds in the online advertising industry whilst as AdMonsters and has now moved on to run his own editorial team covering all things digital. Follow him on Twitter: @Technolo__G.