A variety of issues – traffic fragmentation across devices, viewability, native advertising – have pushed publishers into increasingly taking on creative duties, even opening their own studio wings and hiring personnel specifically for developing advertiser campaigns. While the native revolution is the highest profile part of this trend, publisher creative efforts extend to ad unit innovation, particularly responsive units developed with cross-screen deployment in mind, as well as building custom rich media campaigns based on advertiser assets.

This Meetup brings together several premium publishers to explain how creative-facing initiatives sync into typical operations workflow and delve into the tools and processes required. Are there standards that can be applied across screens and platforms? How does operations handle scaling and the integration of viewability metrics and technollogy? Can creative efforts be efficiently tied to programmatic? But most important: how do you optimize performance? Brie Manakul is Mashable’s VP of Revenue Operations and has been with the company since 2011. Prior to working at Mashable, Brie was a Manager of Campaign Operations at MTV Networks. Follow her on Twitter for industry updates on ad operations. Jeff Burkett is the Sr. Director of Ad Innovation and Product Strategy at The Washington Post. In this role, he is responsible for the Post’s overall digital monetization strategy, as well as the operations teams that support this large, complex business. Burkett works closely with editorial, marketing, sales and technology staff to leverage the full potential of WP’s audience, focusing on strategic initiatives that are well ahead of the curve.

Under Jeff’s leadership, The Post has executed successful ad strategies for native, programmatic, social and video across desktop and all mobile platforms. Previously, Burkett served as Director of Advertising Innovations at Washingtonpost.Newsweek Interactive where he oversaw many strategic initiatives including the creation, pricing and packaging of new products.

Prior to arriving at WPNI in 2001, he spent nine years in sales promoting internet-related products. Burkett is passionate about mobile, yield management, viewability and big data and has spoken at top industry conferences including ad:tech New York and AdMonsters. He earned a B.S. in Managerial Economics from Radford University and currently resides in Virginia. 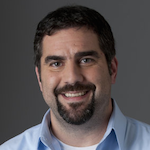 Bryan Moffett was appointed the Vice President of Digital Strategy and Sponsorship Operations of National Public Media (NPM) in June 2010. In this position, Moffett is responsible for managing the digital sponsorship business for NPR and PBS. NPM is a subsidiary of NPR and is owned in partnership with PBS and WGBH. Joining NPR in 2005 as a Digital Media marketing analyst, Moffett was responsible for managing relationships with content partners and trying to build traffic and audience. About a year later, he took over digital sponsorship at NPR. During his time at NPR, Moffett has been an instrumental member in the team that launched podcasting, the NPR iPhone apps and the NPR iPad app.

Who can come? If you work for a publisher or agency, you can – and should – join us! Certain service providers may also join depending on topics, sponsors and locations. AdMonsters will vet registration to make sure the audience is mainly pubs and agencies. We'll send you a confirmation email to let you know you're in.

This Meetup brings together several premium publishers to explain how creative-facing initiatives sync into typical operations workflow and delve into the tools and processes required. Are there standards that can be applied across screens and platforms? How does operations handle scaling and the integration of viewability metrics and technollogy? Can creative efforts be efficiently tied to programmatic? But most important: how do you optimize performance?