The world of online advertising operations and technology came together yesterday at the first OPS conference. We at AdMonsters knew it was time for an open forum exclusively dedicated to online ad ops, and it was a huge success. I heard tons of great feedback throughout the day, including my personal favorite: “OPS was the best of all the conferences I went to during Advertising Week.” Not bad for our first shot.

As we got into the final weeks leading up to OPS, it was clear that the logistics were coming together well, and we had a sold-out crowd and a waiting list on top of that. From my point of view as Founder and CEO of AdMonsters, the question then became: “what’s the real challenge facing leaders in ops, personally and professionally, that we can help them with?”

The answer came to me about ten days ago. Ops has always struggled with the perception of being ‘in the trenches’, a supporting function, important but not sexy. What I realized was that just as it was once true that ops had to fight for a seat at the table, and now has had that seat for a while, we’ve now come to the point where ops is sexy – we just need to claim it, and be able to explain it to the rest of the world.

We kicked off OPS by putting “ops is sexy” out there as the thesis for the day, and asking our participants to see if we could all prove it together. As soon as we put it out there, the the #opsissexy twitter stream began, and it the conversation produced some amazing results.

First off, Gordon McLeod, President of the Wall Street Journal Digital Network, told the Monsters that “ops is at the center of our digital network,” “ops is global and always on”, and that at WSJ, ops reports directly to him along with sales, technology, and the other executive leaders, serving an essential, central and strategic role in the company.

Our mid-day keynote speaker, Ed Montes, EVP, Managing Director of Havas Media said that “ops are the rock stars of the industry,” that “ops teams are the most important part of the ecosystem”, and that “Everyone within the agency should have the skills that ops has.”

And at the end of day (at a very well-attended 5:15pm session), Jack Myers, Media Economist, Investment Advisor and Chairman of Media Advisory Group shared his belief that “more and more agency leaders are going to be coming from ops,” and wrapped up the day in a very powerful way with “If media companies don’t have ops at the senior management table, they will fail. It’s that simple.”

I couldn’t agree more. So, how is ops sexy? Here’s what I heard:

OPS is sexy because ops is high tech.

OPS is sexy for the same reason that firemen are sexy – they get the job done, they’re not afraid to get dirty, and they often save the day.

OPS is sexy becuase delivering on what’s been promised by sales is sexy.

OPS is sexy because being a specialist is sexy.

OPS is sexy because ops people speak more than one language.

OPS is sexy because not a dollar is made in online media that ops doesn’t touch.

OPS is sexy because ops is about creative problem solving and innovation.

OPS is sexy because ops is essential.

Would you rather be the guy selling the car, or designing it?

Would you rather be the firefighter, or the person waiting to be rescued?

If we still haven’t convinced you, drop me a line and tell me why. 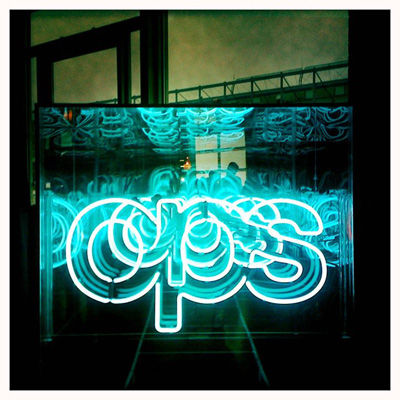 Bowen founded AdMonsters in 1999 as the only professional association exclusively dedicated to online advertising operations and technology. AdMonsters has since grown from an informal group of early pioneers in online ad operations to a global network of senior leaders in digital media. Bowen began his career in online media at HotWired, leading the technical development of HotBot and other early online media properties.