It’s hard enough overseeing the ad operations tech stack and processes of one publisher; imagine juggling multiple publishers. But that’s exactly the mission companies like Outsourced Ad Ops (OAO) have taken on – and they have to do it well enough to be profitable and grow as a company. While that task may seem Herculean, it also happens to give OAO a unique and broad perspective of the industry.

I sat down with Craig Leshen and Michael Alania, President and Vice President, respectively, to learn more about the intricacies of outsourcing ad ops as well as their takes on the top issues of the day.

Complexity is the bane of any ad ops person’s existence. How does technology add to or mitigate complexity for ad ops?

Our industry is definitely complex, and it will continue to become even more so as technology advances to produce more opportunities to deliver digital ads across devices and platforms. Technology should be complex. There’s a lot of logic, math, and programming behind all of the systems that we use every day and take for granted.

WITH THE SUPPORT OF OAO

Even though the learning curve may be steep, technology has increased operational efficiencies in many areas across ad ops. On the other hand, there are areas where it also introduced complexity that hadn’t previously existed, such as the way we buy and sell inventory, and measure results.

When the industry first launched it had touted itself as the most measurable medium available for advertisers. We needed to do that as part of the value proposition to get agencies to move their ad budgets away from traditional media and into digital. But nowadays it seems like we try to measure as much as possible simply because we can. 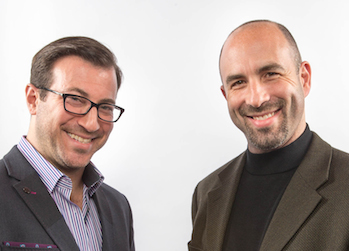 Is the measurement of viewable impressions vital to the success of a campaign? Does it really matter how many times a user may have clicked on or interacted with an ad if those actions don’t necessarily result in the purchase of the brand or product being advertised? The jury may still be out but it seems as if the industry is still trying to justify itself as being the most measurable form of media, even if correlations between certain metrics and desired responses aren’t that strong.

Obviously the intent is to determine causal factors that can be used to help lower the costs for acquiring new customers and keeping existing ones. However, we need to be careful to not obfuscate the one metric that is most meaningful – ROI. ROI is calculated as (gain – cost) / cost. When there are more reports to generate, more data to analyze, and more complicated targeting requirements for ad ops to manage, the cost of doing business increases.

If the gains associated with that extra cost don’t increase at the same rate as that cost, then ROI is diminished and, guess what? We start looking for more ways to measure in order to try to find patterns of human behavior that lead to more purchases that will increase ROI.

Don’t get me wrong. It’s important to invest in data analysis to make sure that advertising results are justified by their associated cost. But as an industry, we need to be careful about going too far down that rabbit hole. Remember, it wasn’t too long ago when we thought that click rates actually meant something.

Does programmatic make your jobs any easier?

Programmatic is simply another method of buying and selling digital advertising. It hasn’t impacted our business any differently than many other forms of advertising have in the past. There are still specific line items that need to be set up in the ad server, even if the buying and selling is occurring at the exchange level.

Having said that, programmatic does not mean automatic. There’s a lot of thought, analysis, strategy, and management that goes into maintaining these systems. To some degree it does make the ad operations job easier (e.g., less creative to test and troubleshoot), but in other cases it adds complication (e.g., fill rate issues, block lists, determining the source of bad ads). Publishers that have embraced programmatic usually have a strategy behind it, but even the most sophisticated pubs still need the help of a strong ad ops team to help navigate around issues like bad ads and poor fill rates. 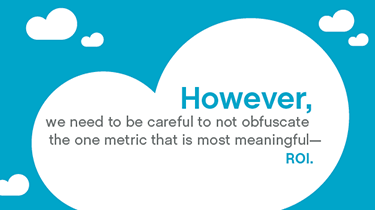 Adding complexity is the wide selection of monetization platforms to choose from. The vendor selection process is complicated and can result in publishers not necessarily selecting the optimal solution(s) to address their needs. If that happens, their ad ops team will need to work harder to achieve the same or lesser results than if they had selected the correct solution(s).

What impact is mobile having on the publishers you are working on?

The impact is huge, and it’s being felt across the publisher’s entire organization; from sales, to ad operations, to development. The revenue is there, but the challenge is to not overwhelm development teams and to keep the ad ops function streamlined. The sales team now has more inventory to work with and advertisers are asking for the inventory. Plenty of basic campaigns are sold to run within mobile environments, but the challenge for sales teams is to come up with something truly special for their advertisers. Developers need to move fast to keep up with the latest mobile ad technology trends.

Additional screens lead to more content where ads can be displayed, which in turn creates more revenue opportunities that ad ops teams will need to manage. Mobile advertising can also add a level of complexity to a publisher’s ad technology stack and their ad operations process if they decide to use more than one ad system to serve their ads (i.e., separate ad systems for desktop vs. mobile). Publishers need to make sure their ad technology stack is assembled properly and that their teams are operating efficiently in order to secure the highest possible ROI.

You started with outsourcing, which lead to consulting and now you are releasing products. How did this come about?

We, as a company, operate in a very different fashion than most other outsourcing companies. We act as an extension of your business rather than a traditional outsourcing solution. We immerse ourselves in your business, learning exactly how you work, and then work together to build an efficient process for both of our teams. We work closely with our clients, and the natural progression of the relationship results in consulting on an ongoing/regular/daily basis. It’s part of the everyday relationship.

Think about it from the standpoint of an internal trafficking team. Does the publisher’s internal team just sit at their desks and enter orders into a system all day, or is sales and/or management constantly talking with the team about available inventory, how campaigns are pacing, strategy, etc.? 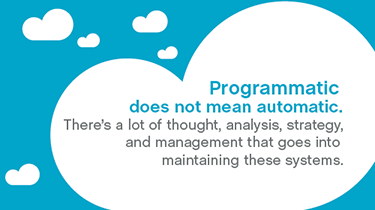 Ad operations personnel are not just traffickers, they’re knowledge sources. If a publisher is going to outsource, they need to be able to rely on that external team to provide them with the same type of feedback they would receive from an internal team.  If the publisher doesn’t receive that level of support, they’re at risk of not getting everything they need out of their ad operations team.

The more we grow together, the more efficient our teams become. However, maximizing efficiencies between the teams does not necessarily lead to maximizing productivity. We work with a large number of clients, and we’ve learned a lot about how to streamline our day. We don’t offshore at all, so it’s very important that we make sure our staff members are working as efficiently as possible.

The need for us to drive efficiency and productivity has lead to product development. When we find that we’re spending a large amount of time handling similar tasks for multiple clients, we evaluate the work that’s being done, and then build products to automate those tasks as much as possible. Dashboards and reporting suites are just a few examples of tools we built that took hours worth of tasks and turned them into seconds.

Where do you see ad operations heading?

The roles and responsibilities of ad operations are continuing to evolve at a fast pace. With more complexity being introduced into the marketplace, the need for experienced teams to manage complicated, multi-platform, over-sold campaigns – and make sure they deliver on time – has transformed ad ops into much more of a revenue-generating center than ever before; and things will continue to trend that way. If you don’t invest in your ad operations, your business will be left behind.