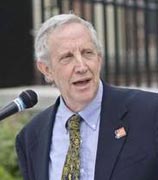 We are happy to announce that we will be joined by a special guest on Sunday evening at the reception. Marc Mappen is the executive director of the New Jersey Historical Commission and has been described by The New York Times as “the eminent New Jersey historian.” Dr. Mappen will welcome all members and sponsors to the Garden State for our 22nd US Publisher Forum. Dr. Mappen is a funny, intelligent guy who brings a huge breadth and depth of Jerseyana to AdMonsters. This is a really special treat and we are glad that he can make the time to come along.

Dr. Mappen is the coeditor of the award-winning Encyclopedia of New Jersey and author of Jerseyana: The Underside of New Jersey History. His most recent book (his fifth) is There’s More to New Jersey Than the Sopranos, which the historian Thomas Fleming has praised as “a delightful read, full of wit and information on every page.”

Mappen has written over 100 articles and essays in publications that include the New York Times, the Los Angeles Times, Rutgers Magazine, and New Jersey Heritage.  He has been interviewed on the History Channel, the Sy Fy channel, and National Public Radio. He has a Ph.D. in American History from Rutges University and prior to his retirement was a dean at Rutgers. Some feedback from publisher delegates at past AdMonsters events:

Further details will become available as we approach the dates of the conference. 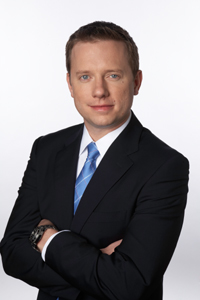 It certainly is an exciting time for online advertising. Overall it looks like online has quickly emerged from the recession and is poised for growth in 2010. That’s great news, but many publishers continue to be challenged with making an advertising model generate sustainable revenue.  The competition for ad dollars isn’t just other publishers. In fact, the biggest competition comes from non-publishers who continue to grab a larger share of advertiser buys.

The reasons behind this struggle stem from how the online ad space has evolved and the response – and lack thereof – from publishers to industry changes. But publishers are starting to respond and create strategies that put them in line to create new revenue opportunities and to become bigger players in shaping how the industry moves forward. Publishers are starting to right the ship.

Our keynote presenter, Jason Kelly, is going to talk about the landscape of the online advertising space and how publishers need to respond today to the challenges that face them and the opportunities that are available. He’ll outline how Ad Operations can lead the charge to capture revenue and transform the company from within. Jason will also offer his recommendations to ad operations professionals of tactics they can employ now to make sure that 2010 is a year of growth for their publishers.

Jason Kelly is Vice President of Strategy & Revenue Management at Time Inc. Digital.  His primary focus in this role is building out and managing the digital network of Time Inc. sites launched in 2009: Time Axcess.

Kelly joined Time Inc. from Rapt, a part of Microsoft Advertising’s Publisher Solutions, where he was manager, advisory services.  He managed numerous strategic consulting engagements and enterprise software implementations for large publishers driving incremental revenue through best practice media monetization.  While at Rapt, he also developed the strategic partnership and course curriculum on behalf of Microsoft Advertising and the IAB for the Professional Development Seminar on yield management for publishers.

Prior to working at Rapt, Kelly was director, revenue management, sales and online distribution for Virgin America.

His involvement included building out the sales, yield management and online distribution teams in addition to driving the overall commercial strategy of the airline. In addition, Kelly created and executed the largest viral marketing campaign in the history of the airline industry with letvafly.com contributing to the successful approval by the US DOT for Virgin America to begin operations in the United States. Before working at Virgin America, Kelly held posts at Independence Air, Frontier Airlines, and Kiehl Hendrickson Group (Sabre).

The event will be held in Northern New Jersey and is easily accessible by train or car from New York City and by airport transfer from Newark (EWR) airport.

Please note, all conference events will be held at the hotel.